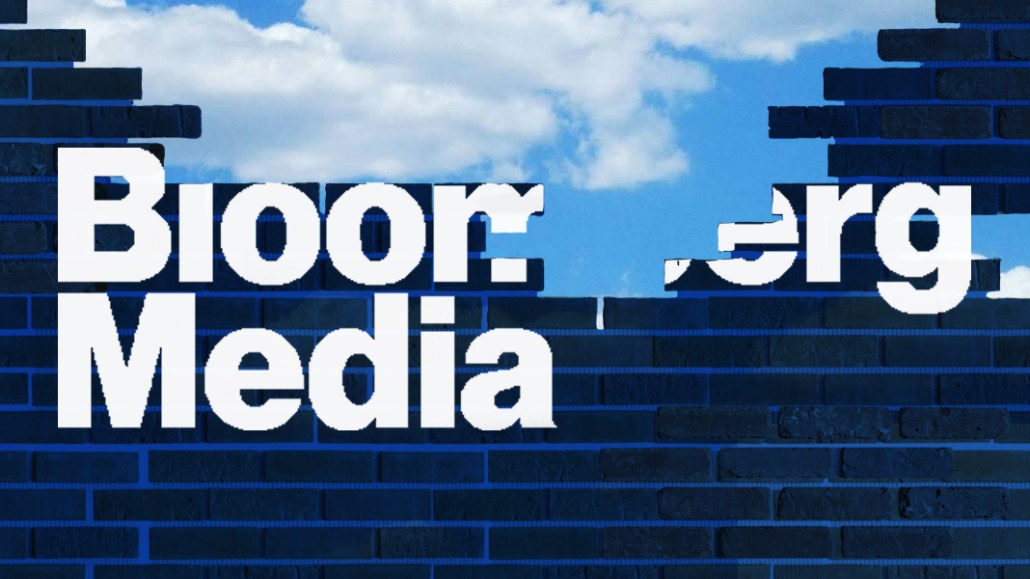 To re-spark some of the success that its subscriptions business had earlier this year, Bloomberg Media today has launched its largest-to-date, multi-million dollar marketing campaign around its subscription product.

This campaign represents a 70% increase in Bloomberg’s marketing spend in the fourth quarter over the third quarter, according to the company.

The campaign, called Inventing Possibilities, includes a 30-second commercial spot that was created specifically for OTT platforms like Hulu, Amazon Fire and YouTube TV, as well as social media. It will run globally.

In March, several publishers found that despite lifting their paywalls on select coronavirus-related content, their digital subscription businesses were booming.

Digiday reported at that time that Bloomberg had a daily increase of subscribers that was three times as high as usual. Since then, there has been a decrease in new subscribers, but the total number of active subscribers in September was still up 131% over last September and total year-to-date subscription revenue was up 142% over the same period last year.

While Bloomberg does not disclose its total number of active and paying subscribers, a spokesperson for the company said it is well into the six-figure range, with the majority subscribers paying full price of $40 per month or $475 per year. And 25% of its active subscribers are on an annual plan.

“Like most publishers, the acute time of [increased subscriptions in] March and April subsided over the summer,” said Lindsay Horrigan, general manager of subscriptions and global head of consumer marketing at Bloomberg Media. “But traffic and subscriptions are elevated from this time last year.”

James Henderson, CEO of subscription management company Zephr Media, said that the clients his company services are currently experiencing a plateau in overall growth of subscriptions, however it’s “not yet the drop-off that some predicted.”

“I think this is likely a result of the continued pandemic interest, the U.S. election keeping the news cycle busy, and that many of the ‘pandemic offers’ that drove conversion were — at least anecdotally, six to 12 month deals at minimum, so we won’t have seen the drop offs yet,” Henderson said.

Bloomberg Media CMO Anne Kawalerski said that focusing on OTT channels and social media for this campaign made sense given the fact that they’ve had an inordinate increase in viewership and active users over the past several months due to the coronavirus lockdowns.

The amount of time people in the U.S. spent streaming videos each week in the in the second quarter of 2020, increased by 74% year over year, according to Nielsen. But beyond that, Kawalerski said that OTT channels were a platform that it found the broader audience its aiming to reach was spending a lot of time on.

“There are perceptions around Bloomberg appealing to a finance or a markets business leader and really we’re interested in rising and established business leaders at large across many different industries,” said Kawalerski.

Reaching a broader audience is something that Bloomberg has been attempting to do with its QuickTake video brand, but also through the recent launches of three new verticals this year, including Bloomberg Green, Bloomberg CityLab and Bloomberg Wealth, the latter of which launched just last week.

Within these verticals, Horrigan said that there is an opportunity in this campaign to not only target the broad audience of business leaders to become subscribers, but to also tap into some of the interest topics or passion points that they have and exhibit by reading the Green or Wealth content.

This is the strategy — of reaching a broader audience in both Bloomberg’s traditional coverage and in its verticals — that the Inventing Possibilities campaign was created to work toward.

“We’ve seen greater conversion rates from our clients who are experimenting with greater personalization on the calls-to-action — whether that’s highlighting content that is local to the area where the viewer is coming from, or based off the topics they’ve been most focused on,” said Henderson.

The company would not disclose the total amount of revenue that comes from its subscriptions business, but it is a critical area of significant investment for Bloomberg, according to Horrigan.

“We shine in markets and finance, but we’re trying to reiterate the value we provide in all of the areas of business coverage,” she said.