Why Bleacher Report narrowed the focus of its UK Instagram 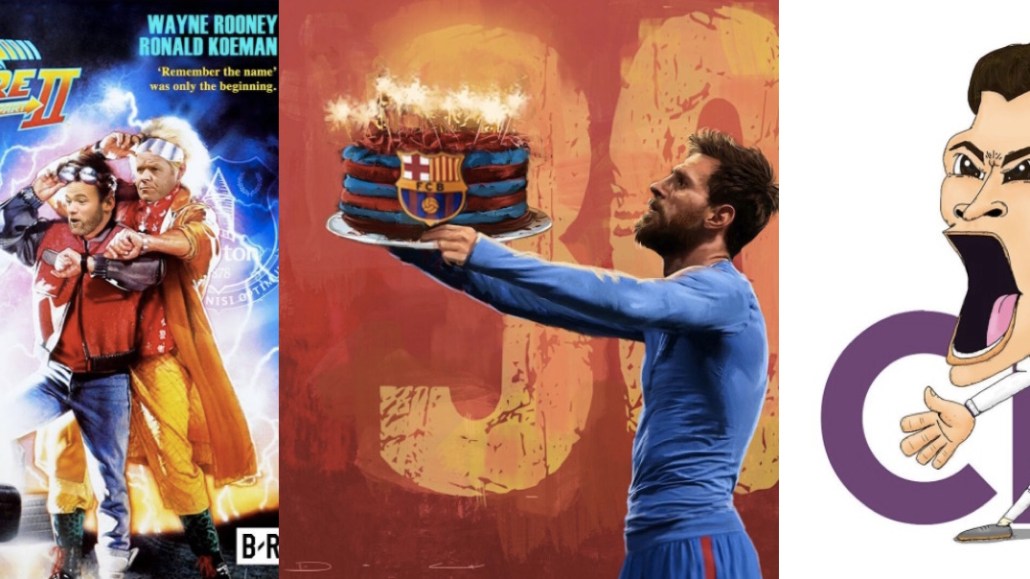 Bleacher Report U.K. has changed its content strategy for Instagram, stripping away other sports to focus solely on football.

The Bleacher Report U.K. Instagram account was rebranded to Bleacher Report Football in March to reflect the renewed football focus. All 30 daily posts are geared toward a common goal: owning the biggest moments in football and football culture, whether it’s around major match news, player transfers or lifestyle-type content like famous players’ birthdays and weddings.

A lot of preparation is put into coming up with new designs and formats ahead of major news events such as Barcelona star Lionel Messi’s 30th birthday on June 24.

“We plan creative concepts so that when something does happen, it looks very spontaneous. People may think we’ve produced 30 pieces of content around these moments within 12 hours, but really, they have taken a lot of careful planning,” said James Grigg, international operations director at Bleacher Report.

A team of five people in London work on Instagram content in-house, and they work with a pool of at least 30 freelance designers who also create original content for the platform. The style of formats used range from satirical cartoons to motion graphics, custom-made games using Instagram features like the carousel, videos and Stories. Like most publishers, video posts are a growing area for the publisher, and around a quarter of its Instagram posts are video.

On Messi’s birthday, popular Instagram formats included a painting-style image of him, which teased a link in the bio to a Bleacher Report feature about his boyhood teammates and their memories of him. Others included a cartoon and a motion graphic, which showed Messi’s journey through the years. The 30 Messi-related posts generated 662,000 interactions (measured as likes and comments) that day, up 4.6 percent from a typical day, according to Bleacher Report.

When Wayne Rooney’s transfer from Manchester United back to his former team Everton was officially announced last weekend, the oil painting-like format was posted, along with a “Back to the Future” parody post referencing his return to his former team and a satirical cartoon about his departure. In total, the content drove 1.17 million interactions on Instagram that day, according to Bleacher Report.

The Instagram carousel works well for guess-who games, in which a heavily pixelated image of a player is posted that becomes clearer with every right swipe. The aim is to guess the player in the least swipes.

In June, the Bleacher Report Football account, which has 462,000 followers, had 16.3 million interactions, up from 1.98 million interactions generated over the same month the previous year, according to the publisher. “That’s way higher than the typical interaction rate you see on other platforms, including Facebook,” said Grigg.

Achieving that growth hasn’t been easy. Bleacher Report has always favored the distributed model, a la BuzzFeed, over using platforms to push audiences back to its own sites where it can monetize with advertising. But that comes at a price. Coming up with new formats to publish on Instagram is an ongoing pressure to sustain audience interest while ensuring formats remain original.

“The need to constantly innovate and change is always there. A lot of the template formats and executions we come up with can be copied, and we do see a lot of similarities with what our competitors do — that’s just the nature of social. But because of that, we must redouble our efforts to ensure we’re constantly changing,” said Grigg.

Added to that, football player transfers drum up so much hype and anticipation, and rumors can be wrong. But Bleacher Report U.K. prefers to overprepare. “We have a great big graveyard of digital content, things we create that never see the light of day. We’re not mind readers,” said Lee Walker, global managing editor for Bleacher Report. “But we factor all that into our workloads and budgets. It’s important we’re prepared, and the platforms themselves change and adapt so we have to be ready, and doing so keeps us ahead of our competition in many ways.”

Making money from content publishing on third-party platforms is an ongoing headache, but Grigg is confident Bleacher Report is moving in the right direction. Although he wouldn’t reveal specific revenue numbers, he said that future monetization of Instagram will lie in branded-content revenue, something it’s already started. So far, branded content for Adidas that celebrates the end of the French football season has run on Bleacher Report Football, and there are more deals in store.

“We’re starting to see it [Instagram monetization] come through. With all branded-content activity, it’s a case of educating the market as to what we can do, and we have been experimenting with some interesting ways of integrating a brand’s message into the creative,” added Grigg.