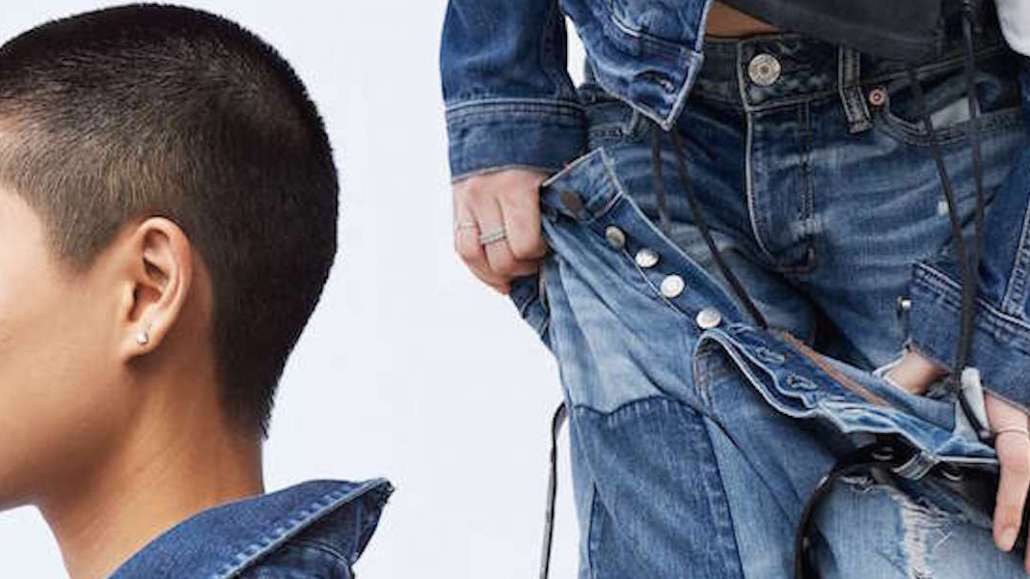 In order to avoid the demise of some of its fellow mall brands, American Eagle Outfitters is testing experiential retail with a temporary concept store set to launch in Manhattan’s Union Square.

The shop, titled AE Studio, opens to the public on Nov. 10 with a focus on spotlighting the brand’s denim line. For American Eagle, the store is a reflection of the brand’s larger strategy to experiment with new physical retail models and tap into the burgeoning trend of pop-up shops taking the retail industry by storm. These spaces — which are optimized for social media with custom artwork and innovative design — help raise awareness for new products and drive foot traffic, particularly as the traditional malls where the company once thrived continue to decline.

“We’re the No. 2 jeans retailer in America, and our goal is to be No. 1,” said Chad Kessler, global brand president at American Eagle Outfitters. “The goal for AE Studio is to be a lab for us to see the customer reaction firsthand and learn about our new experience.”

Jim Fosina, founder and CEO of Fosina Marketing Group, said the new focus on pop-ups is a vital test for American Eagle to evolve its store model at scale, and could indicate a larger push to consolidate its physical retail spaces by taking a cue from brands like Michael Kors and Coach, which recently did the same.

“It’s time for American Eagle to look at the volume being generated on a store-by-store basis and make the decision to close those that are underperforming. They should funnel those dollars into more opportunistic in-market opportunities and become more nimble,” Fosina said. “We are witnessing the beginning of a strategy that could be the new operating model for American Eagle.”

Unlike peers like Aeropostale — which announced its bankruptcy in 2015, shortly before it was purchased by Authentic Brands Group in an attempt to revitalize the brand — American Eagle has managed to stay afloat. In August, the brand reported that comparable sales rose 2 percent in the second quarter of 2017, beating analyst estimates of 0.4 percent. Meanwhile, revenue increased by 3 percent, to $845 million, also beating forecasts that slated the total for $824 million.

American Eagle has already found success in experimental retail with its sister brand, Aerie, which sells lingerie, intimate apparel and athleisure. While Aerie has long operated standalone stores in malls, it opened a pop-up store in New York’s SoHo neighborhood last December that features speaker-focused events and weekend workout classes, as well as personal shopping sessions. Beyond Union Square and SoHo, Kessler said the company plans to adopt and integrate the successful elements of the shops into its mall storefronts.

“All of it is about trying to do new things,” Kessler said. “This is a time of change and disruption within retail. We as a company believe that the future of stores will be relevant — people love touching and feeling and trying things on. People love getting to experience and getting a better understanding of the brands that they relate to.”

As for the structure of AE Studio, the first floor will include a “jeans gallery,” part of a collaboration with Atelier & Repairs, a Los Angeles-based company that recycles old clothing into new styles. Consumers can browse the looks, which include denim from past American Eagle collections, as well as dabble in other in-store features including denim customization stations. Students from nearby New York University can take advantage of the free on-site laundry.

Kessler said setting up shop in Union Square was a strategic move to be able to monitor the test site from the brand’s headquarters, located on Madison Avenue. While the store will be heavy on denim, it will also sell NYU produce designed by American Eagle’s sister brand Tailgate (a collegiate apparel company), as well as other American Eagle apparel items, arranged in a new, fresh way.

Ultimately, the object for the company’s foray into experiential marketing is to stay relevant, said Judge Graham, CMO of Ansira.

“Ads are not enough anymore. Brands must deliver something unique to their customers. We are witnessing this approach more frequently, as the possibility of a retail apocalypse heightens,” he said.