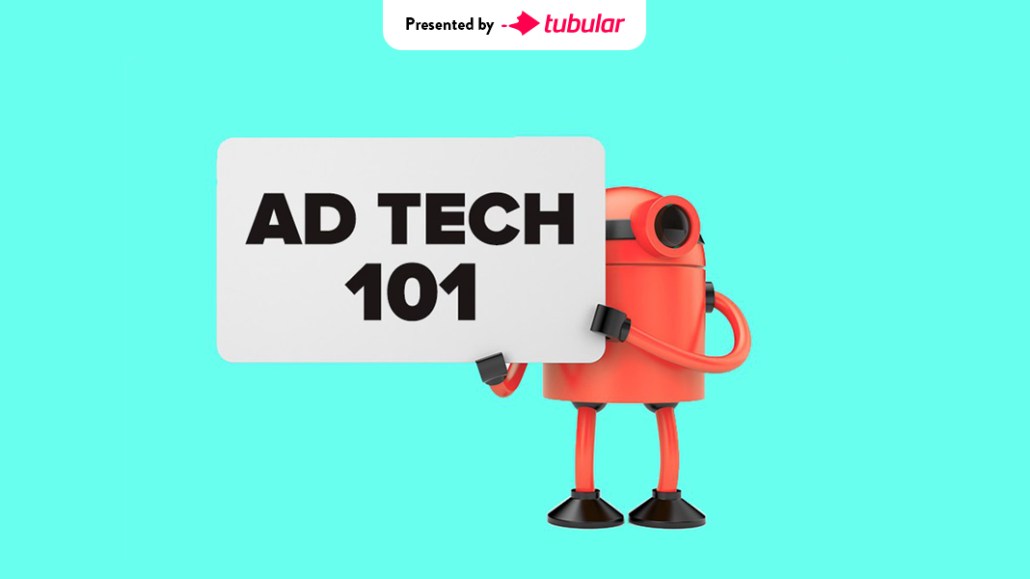 It’s that time of year again, when the digital marketing industry descends on the Dmexco conference in Cologne, Germany, to talk all things ad tech. Trouble is, ad tech is riddled with jargon, and for those who don’t spend all day in the weeds of a supply- or demand-side platform, it can get overwhelming.

Here’s a primer for some key terms to throw around while you’re quaffing beer.

Ad caching
Unlike bid caching — the two terms can be conflated — this is an industry-accepted method endorsed by the Internet Advertising Bureau. With ad caching, the auction is conducted ahead of the ad being served, as a way to reduce ad-serving latency.

Ads.cert
An upgrade to ads.txt that more securely validates the information that passes between buyer and seller at each stage of the digital ad supply chain. That ensures that it is not vulnerable to being modified or gamed. Ads.cert is like a digital signature that lets buyers verify a specific site’s inventory and stops fraudsters from tampering with the inventory.

Ads.txt
The tool that the Interactive Advertising Bureau introduced to help publishers and the supply chain crack down on ad fraud — both the reselling of unauthorized inventory and domain spoofing. Ads.txt verifies that a business is authorized to sell a publisher’s inventory.

Bid caching
This has been the ad tech term “du jour” over the past month due to a backlash over the use of it by Index Exchange. Bid caching is when a lost bid from one auction is used to fill a subsequent auction without the knowledge of the buyer. It has created some serious controversy given that it’s a method that means the buyer isn’t necessarily getting what they paid for — potentially having their ad appear on less premium article pages or sites.

Bid shading
This is a relatively new technique that has been introduced by vendors because of the shift from second- to first-price auctions. Developed as a middle ground between first- and second-price auctions, it’s a sweetener for buyers who weren’t happy about suddenly having to pay far higher prices than they were accustomed to in second-price actions. The SSP will calculate an average price in between first and second price, based on bid-history information, such as what bid rates typically win on a certain website.

CDP
A customer data platform initially looks very similar to a data-management platform — both are systems that store people’s data. But there are differences in what data sets they collect and how they process that data. CDPs mainly analyze first-party data based on real consumer identities, while DMPs examine consolidated third-party data based on cookies. A simple way to distinguish them: CDPs can be used to nurture the relationship with existing consumers, while DMPs are mainly used to acquire lookalike audiences.

Consent string
This one is important when it comes to the General Data Protection Regulation. A consent string is what identifies whether an ad tech vendor has user consent or not. Also referred to as a “daisy bit” or “daisy string,” it is a series of numbers added to an ad bid request. It’s now vital for understanding when and when not to send personalized ads to a visitor of a publisher’s site.

First-price auction
A more recent type of online auction where the highest bidder determines how much an impression gets sold for. It was introduced because publishers complained that second-price auctions weren’t transparent enough. Publishers like these more than buyers as they get higher yields.

Header bidding
A popular technique in which the online auction takes place in the publisher’s header or browser. This made a big splash in 2015 when it was introduced because it gave buyers access to publisher inventory simultaneously, rather than in the former, staggered waterfall structure set up by Google. That drove up bid density, and publishers made higher ad revenues. But it has its down sides, including putting major strain on vendor infrastructures.

Privacy by design
Another term that’s cropped up thanks to GDPR. Under the law, all media and marketing businesses must ensure that their processes and any new products are GDPR compliant at the design concept stage — essentially, jargon for having data-privacy baked into any product or service.

Second-price auction
The more traditional type of online auction, where the second-highest bidder determines the sale price of an impression. In a second-price auction, if two buyers bid $7 and $10, respectively, the buyer who bid $10 will win but will only pay $7.01. It’s losing ground now to first-price auctions because many believed second-price auctions to lack transparency. Some supply-side platforms would mislabel the type of auction they ran or raise the price floors without media buyers’ knowledge.

Server-side bidding
Introduced to offset some of the challenges that header bidding has, such as page latency due to the number of ad calls being made from the header, along with vendor infrastructure costs — the auctions take place on the ad server, rather than within the browser.

SPO
Supply-path optimization gives media buyers the ability to bid on and win inventory at the most reasonable price. By increasing the probability that a given bid will win its auction, SPO helps buyers avoid impressions they’re unlikely to win, and supply-side platforms that depend on reselling and duplicative inventory.

Take rates
This is a vendor term, but it essentially means margins — and is often associated with hidden fees.