Best of the week: Snapchat is losing the fight against Instagram, for now 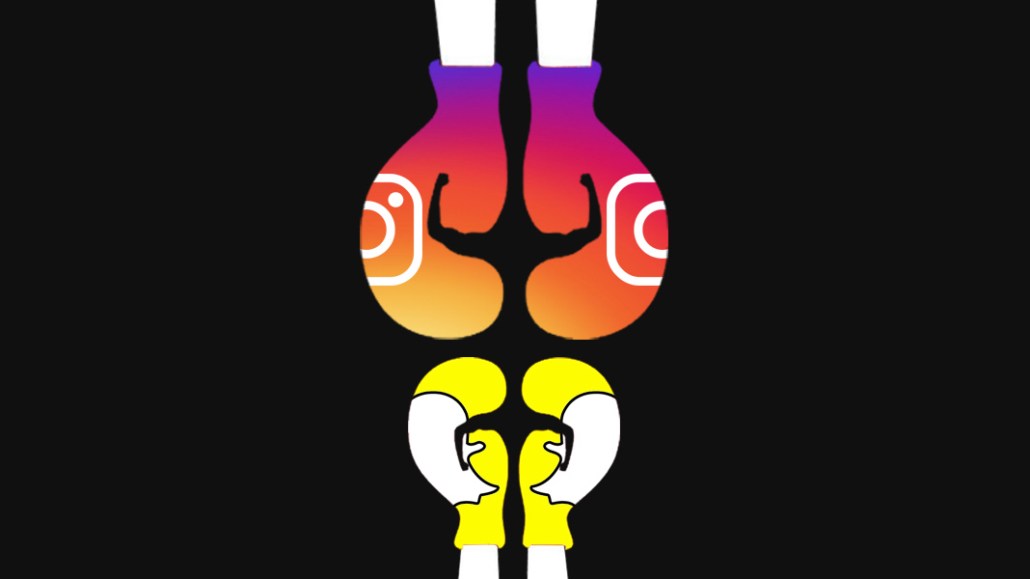 This week, our top stories focused on new metrics problems for Facebook and the battle between Snapchat and Instagram for users and ad dollars. Enjoy a dose of the platform drama this holiday weekend with what many are calling the drink of the summer, the Aperol spritz (which we have details on, too). As always, a full list of these articles appears at the bottom.

Facebook’s metrics woes continue
After admitting to a string of measurement errors over the past year, Facebook has bowed to pressure from ad buyers and started letting third-party auditors check its numbers.

The results: Some agencies have seen viewability rates on Facebook video campaigns as low as 20 percent, according to interviews with nine media agency execs. That’s way below the average viewability rate for video ads on sites, which is about 50 percent, per Integral Ad Science. Execs are concerned, with some saying they would revisit their budgets for branding campaigns.

“This is a big issue,” said one exec. “It’s money being taken off advertisers that they’re not getting their fair whack on.”

Brands and publishers favor Instagram over Snapchat
It’s not all bad news for Facebook. It continues to improve Instagram’s Snapchat-like features, which seems to be paying off.

At Cannes Lions, Snap execs urged advertisers to focus on Snapchat’s creativity and functionality rather than user numbers.

But how much Snapchat can scale remains a question. That, plus its rudimentary analytics and less intuitive user experience have led fashion brands to reduce or stop their Snapchat usage. Publishers such as Attn are devoting more resources to Instagram for the same reasons.

Publishers also find Instagram more appealing because it offers more monetization opportunities than Snapchat, which bars users from doing branded content and keeps a tight grip on which publishers join its Discover section, where publishers can monetize content through ads Snapchat sells itself.

And since Instagram raised the maximum length on a video to one minute 15 months ago, publishers started focusing on video there, according to NewsWhip. This has helped them broaden reach and drive traffic, revenue and engagement on and off Instagram.

Audience growth and Instagram Stories have prompted BBC News to prioritize Instagram over Snapchat. BBC News’ Instagram Stories get an average of 100,000 views, said Mark Frankel, the publisher’s social media editor. BBC News incorporated Snapchat in its Brexit coverage, but didn’t use it to cover the U.K. general election.

“It’s not worth having a dedicated team of staff on a [Snapchat account] that has just 3,000 on for us,” said Frankel, but he added that could change in the future.

One Snapchat investor in the process of selling his stock has a grimmer assessment of the platform: “It’s dead.”