How BBC World Service is future-proofing itself 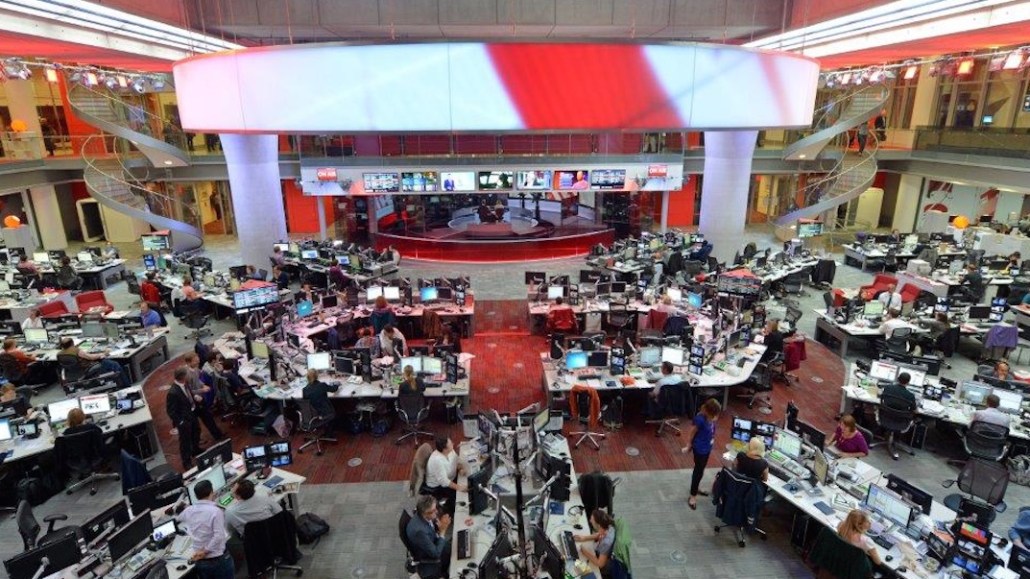 The BBC World Service has set itself a number of goals by 2022: double its global audience to reach 500 million people, launch 11 new language services, and increase the digital capability of all World Service newsrooms.

“By 2022, there will be another billion people online, mostly from developing countries and accessing it via their mobile phones,” said Dmitry Shishkin, digital development editor at BBC World Service. “We are preparing ourselves for future consumers. News is going to be an important part of their daily lives.”

The BBC World Service — the BBC’s international arm, which currently broadcasts online, on TV and over radio in 28 languages — plans to hire an extra 300 people this year: 120 in London, the rest across the world, within digital and media. This is being funded by a government investment of £289 million ($351 million). The portfolio is diverse in geography and in size: At the upper end of the scale, BBC Russian alone has an audience of millions and a team of 60, which it plans to double this year. BBC Bangla is one of the smaller teams, with 26 employees.

Shishkin’s team of 10 based in London act as a conduit between the editorial teams across the globe and the other departments in the BBC, such as audience development and product. Another team of 10 runs the BBC World Service Language Digi Hub, which creates shareable content for all languages, including charts, video and explainers. One focus this year is to fine-tune each editorial position so each service adds value to audiences. Shishkin acknowledges that local markets are driven by local media, so it needs to compete by adding value in other ways.

“We have a mantra that if you can’t explain in one sentence why you exist in one market, then you’re not doing your job properly,” he said. “If you’re launching a service in Punjabi, where you have no impact, no one in their right mind will type in ‘BBC Punjabi’ to their browser. People will stumble on you in their news feed, so you need to stand out while keeping to the values the BBC has.” Three-quarters of traffic comes from social side doors, he said.

So the broadcaster focuses on differentiating. BBC Mundo, for instance, made the strategic decision to differentiate by not chasing the news agenda, as other local news media would. When notorious drug-lord Chapo was arrested last year, BBC Mundo wrote a feature about why he wasn’t handcuffed.

Another way the BBC can differentiate is through adding a global perspective. “If there’s social unrest in Kenya or Somalia, there’s a chance something like that has happened in India or Bangladesh or Pakistan.”

Centralizing its production archives has helped. Three months ago BBC World Service introduced internal re-versioning software, called Stitch, where editors from each service can access video content available for global distribution, with English subtitles. Out of 10 videos each language service publishes, Shishkin estimates that five will come from the central system. He added that Stitch is now being used 100 times a day.