How Adidas is using micro-influencers 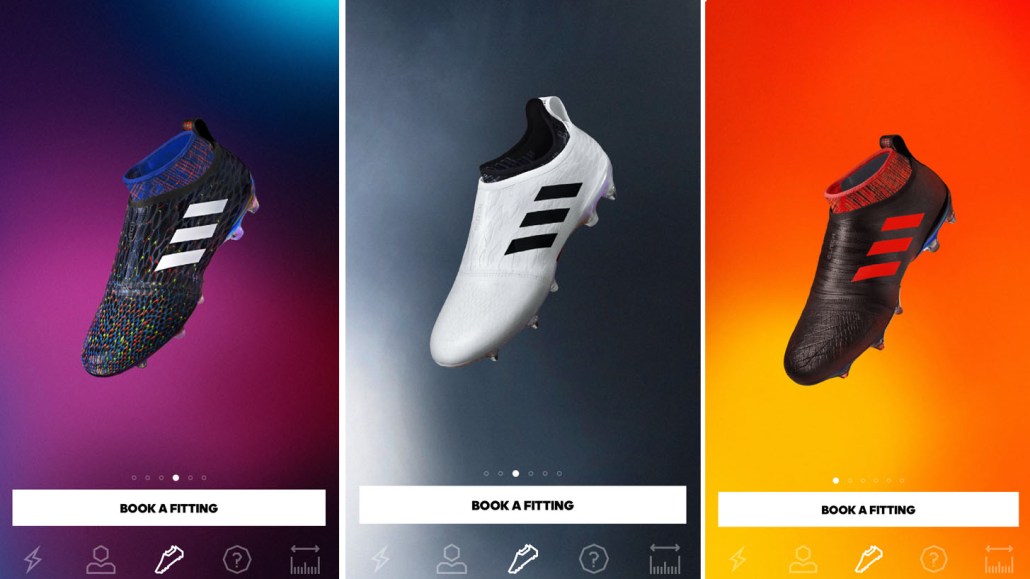 Adidas has its share of celebrity football endorsers, from Lionel Messi to Zlatan Ibrahimovic, but it’s also using so-called micro-influencers.

These influencers may not have the reach that comes with the brand’s top talent, yet smaller influencers do have resonance, said Marc Makowski, director of business development at Adidas, speaking at the MMS Mobile conference in London yesterday. Adidas saw the power of micro-influencers when it launched Glitch, an app in partnership with digital agency Possible last year to promote a new line of soccer cleats. The Glitch app is the only channel where soccer fans can test and buy the shoe, which they can do with an invite to join from an existing app user.

Thirty players the brand plucked from football academies across London helped design, name and promote the app and the boot. While the group has since expanded to around 50, the original core now works full time on Glitch, said Makowski.

After it launched in October, Glitch quickly became one of the most sought-after products among football fans as people realized they needed to find a way into the app to own a pair. At the height of the boot’s popularity, codes for the app were being sold on eBay before Adidas made the exclusive community more accessible by sharing the codes with people who weren’t referred. While some fans voiced frustrations about what they thought would remain an exclusive product, the decision is emblematic of how the brand has constantly tweaked the mechanics in partnership with a small group of micro-influencers it has worked with since the app’s inception.

“It was interesting to see how they [the original micro-influencers] established ownership of the concept, and that’s one of the things that triggered a lot of the decisions around making it an invite-only community and allowing them to spread the access themselves,” Makowski said.

Baking that authenticity into the service is key to why it performed well as a test, added Makowski, who did not share sales numbers. However, given Glitch has just launched in Berlin and is set for two other European markets before the end of the year, initial sales have likely impressed key stakeholders in the business. Should the app repeat its success in London throughout the rest of Europe, then it could nudge Adidas closer to its €4 billion ($4.6 billion) online sales target for 2020, particularly due to the possibilities of it owning more data on its loyal customers. Makowski talked up the CRM possibilities of the app, which he said has been a consideration since its inception.

Adidas’ push for micro-influencers aligns with a wider standardization of influencer marketing. Concerns spanning brand safety to measurement are affecting how brands work with social stars and creators.

Influencer attention has been in such high demand that, for brands, any influencer will often suffice regardless of the fit or authenticity, said Tribe CEO Anthony Svirskis, also speaking at the MMS Mobile conference. However, Svirskis said this is a “short-lived” strategy. “Influencers are becoming choosier about the brands they work with and will likely refuse to sell out to their audiences if they don’t feel there’s an authentic connection,” he said. “Brands and agencies should now be approaching the industry with the attitude that the best influencers for your brands are the ones who already consume your brands.”

For Adidas, influencers are likely to become more crucial to its plans over the coming months as it shifts more of its budget into digital. What intrigues those at Adidas most about the medium is how without any marketing support for Glitch and a mobile-only approach it was able to build a business around a community, albeit a small one.