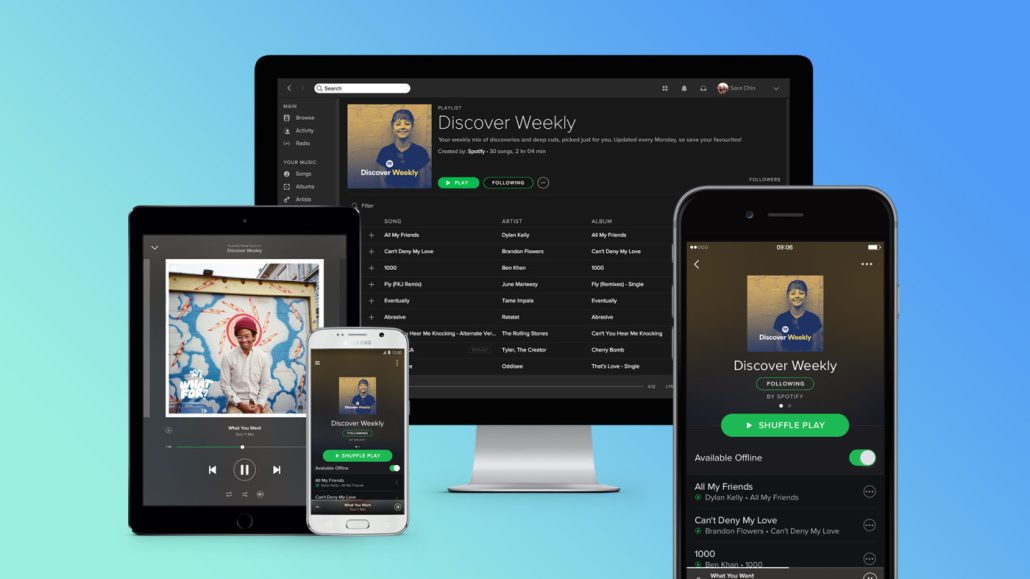 Ads have never been the streaming service’s strong point. In fact, Spotify’s biggest strength is its ability to convince people to become premium subscribers so they can avoid ads. At the end of 2017, around 45 percent of the 159 million monthly active users were premium subscribers, up 29 percent from the year prior. Subscriptions, not ads, are where the money is for Spotify.

After its IPO, Spotify must balance its subscription offering — the most lucrative part of its business model — with its ad-funded business if it wants a fallback revenue option. Like many technology firms, Spotify has sacrificed profit for revenue growth since launching a decade ago. Yet in the year leading up to its IPO, it pulled together an ad platform that allows it to profit from the scale of its audience.

Ad buying veteran Marco Bertozzi joined Spotify as its vice president for Europe at the end of 2017 to further develop its ad business. Months later, he hired ad tech veteran Zuzanna Gierlinska as head of programmatic for the region. Spotify’s ad business started to take shape as other commercial executives joined on both sides of the Atlantic between both appointments. In September, Spotify quietly rolled out a self-serve platform for audio ads, signaling its intent to win programmatic budgets missed by its previous attempt to pull money in from private marketplaces and direct buys.

Spotify sellers are pushing the concept of mood-contextual advertising, based on the music genre being consumed. The idea: music is such a highly emotive and mood-shaping experience that the ability to target listeners based on their likely mood could be a huge differentiator for Spotify’s somewhat rigid programmatic offering, in a digital ad market still dominated by image and video.

Nevertheless, there’s a “creative freedom” to audio advertising, said Daniel Wilkinson, head of paid media at Jellyfish. Spotify ads are “definitely not as expensive as video,” he added, while frequency and reach is “usually a lot higher” because listeners can tolerate a higher volume of ads without getting bored.

Audio, however, is a tough sell to advertisers even for Spotify, which is renowned among ad executives for its brand-safe ads, cross-device targeting and richness of audience data. “I never knew what to do with Spotify,” said Scott Moorhead, the founder of media consultancy Aperto One and a former media buyer at Publicis and Havas. Finding a place on a media plan for digital audio is tricky, Moorhead added, because it’s not cheap. While the average cost per thousand for digital audio ads has dropped considerably from the £9 ($13) it was when Moorhead bought Spotify ads in 2016, Dan Larden, global strategic partnerships director at Infectious Media, said it is still a “punchy” CPM compared to digital radio. But Larden noted benefits that come with that price.

“[Spotify ads are] unskippable, so at least you know a person’s listening,” Larden said. “Plus, it’s completely trackable from a view-through rate, which is different to other digital audio you can buy.”

The problem with buying Spotify, according to five media buyers interviewed by Digiday, is that it’s cookieless. Unless an advertiser’s measurement solution uses mobile device IDs, the streaming service won’t fit into a generic programmatic display campaign, which uses cookies for measurement. Furthermore, the data is not as granular as some executives like James Duffy, head of media futures at Total Media, would like it to be. For example, Spotify ads can’t be targeted by composer or subgenre, he said.

When selling ads, Spotify’s sales executives talk up data that shows what songs are listened to at what time of the day as listeners commute, relax, train, cook and more. Having such a wealth of first-party audience data from both the premium and free memberships is a massive plus for Spotify, particularly when advertisers expect third-party data to come under increasing scrutiny in 2018.

For media executives, advertising on Spotify may become secondary to the platform’s data, Duffy said. If Spotify can find a way to allow agencies to use its audience data to target people outside of its walled garden, then it could be a “big opportunity,” Duffy added. If an agency can buy a single user ID that lets brands target audio ads, which could be followed by display or native ads, Duffy said it could lead to “interesting testing of ad-type variations and buying models.”

Whether Spotify is willing to go that far in the wake of the Facebook-Cambridge Analytica scandal remains to be seen. Even as the company outlined its strategy ahead of its IPO, prospects for its ad business are reportedly bittersweet. Advertising accounts for just 10 percent of Spotify’s revenue, but chief financial officer Barry McCarthy said he would be “thrilled” if that figure reached 20 percent — though he expressed doubt about it happening, per Reuters.

McCarthy’s doubts aside, Spotify’s ad-supported tier drove 60 percent of its new premium subscriptions in 2014, according to documents it filed to regulators prior to its IPO. Although the company wants to keep converting listeners from its ad-supported offering to premium subscriptions, eventually growth will slow, meaning it’s reached peak subscriber revenue. Advertising is therefore an important way to grow revenue, which is ultimately what investors are looking for.

While Spotify has built a large audience of paying subscribers, there will be a cap on those affluent music fans in its existing key markets, said Doug Baker, director of strategic services at digital agency AnalogFolk. As Spotify expands into other developing markets, it is unlikely they will see the same ratio of paid to free users. “Yes, Spotify will rely on their ad model more and more,” he said. “But there’s a huge opportunity for innovation in audio advertising unavailable to visually led platforms like Facebook.”

Update on 11. May: A spokeswoman from Spotify said: “The characterisation of Spotify’s ad frequency as ‘a lot higher’ is incorrect. Firstly Spotify’s ad slots run at the highest frequency every 15 minutes, and secondly this is true for both the audio and video product.”