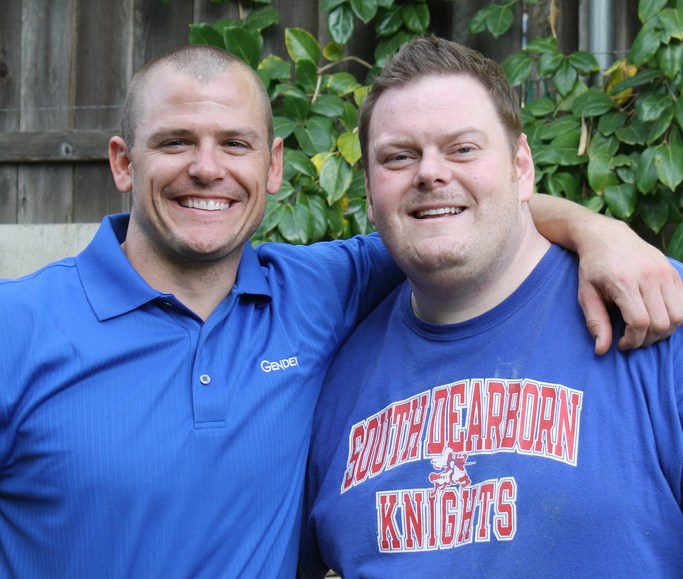 By day Logan Cummins works as an account director at Chicago-based digital agency Band Digital. But when the self-described “happily married, 30-something suburbanite” isn’t working on accounts, he is working on his manliness. Cummins’ desire to become manlier turned into his fun side project, MyMansformation.com, which chronicles Cummins tackling different lessons in manliness in varying categories like cars, food and drink, home repair, outdoors, social, sports and style. Cummins took time with Digiday to talk about his project and manliness in the agency world.

How did you get the idea for My Mansformation?
The idea for MyMansformation.com came to me while reading. I was nearly finished with In “Fifty Years We’ll All Be Chicks: . . . And Other Complaints from an Angry Middle-Aged White Guy” by Adam Corolla. As I was processing all of his complaints I kept thinking to myself, oh my God he’s describing me. I’ve long wanted to write a blog, book or television show but never really had the parameters to define the “What will I write about?” I established the framework and started from there.

What is your definition of manly?
To me personally, the definition of manly is more subjective than objective. It’s interesting to look how things have changed over the years. Being manly in 2010 is way different than being manly in, say, the late 1960s when my dad was a young man. The more traditional, stereotypical “man-skills” are things that I’ve set out to learn through this project. I guess more of my dad’s generation’s manly.

What made you think you weren’t manly enough?
I’m not really the man of my house. If there’s a task that’s home improvement, by default it goes to my wife. Meanwhile you can find me in the kitchen loading the dishwasher or making dinner. It started as a joke among family members. And then last Christmas my wife got power tools for Christmas from my parents and I got Rubbermaid Easy Find kitchen containers. It got to the point where I said, “OK, I know this is a running joke, but maybe there’s some truth to the sarcasm.” I can make a damn good meatloaf, though.

Why is being manly important to you?
The idea of society thinking of me as manly isn’t nearly as important as continuously growing as a person. I’ve only done five or six Mansformation lessons to date, but I’ve learned a lot and had some great life experiences. But I would like to be able to stain the deck without my wife correcting me 45 times.

How do you find mansformation coaches?
This is actually the biggest challenge. I’ve drafted a list of the Mansformation Lessons, and for each I basically rack my brain for how to best find subject matter experts or coaches. For the lesson “How to Throw a Punch” I leaned on a guy I knew locally that was a boxing instructor. For “How to Get the Perfect Shave” I contacted State Street Barbers in Chicago and got in touch with a barber.

I am working to try and get traction to the site and have begun working with a couple of celebrity Mansformation coaches. That’s been accomplished by trying to work any connection that I can and a bit of good old-fashioned Google stalking. I was a huge fan of “The Real World” and actually got in touch with Landon from the Philadelphia season to serve as a coach. I’ll be going to Alaska in a few weeks to work with Levi Johnston as a coach for a hunting lesson. But for every successful Mansformation coach that I line up there are at least 15-20 unsuccessful inquiries.

What has been the most important mansformation lesson for you so far?
While all have been important in their own way, I’d say that the best for me from a personal growth standpoint was “How to Tell the Perfect Joke.” I worked with a very talented stand-up comedian named Matt Drufke and for the challenge portion had to do a full set at an open mic night at local comedy club The Comedy Shrine. I was extremely nervous (and it showed), but afterwards it was like, OK, I can do this, which is kind of important if you’re just putting yourself out there for the entire world to see.

Any tips for other agency guys on how to be manlier?
My advice would be to just continuously learn and continue to grow as a person. Aim to be a sort of Renaissance man. I mean six months ago I would have been able to plan the perfect outside party, but now I can build the patio, put together a killer menu and even entertain with a small comedy set.

Would you say agency life fosters or hinders manliness these days?
In my experience agency life has fostered manliness. I’ve thrived in the small-to-midsize agencies, but where better to update your skill set than somewhere that you get to wear multiple hats? Plus, there’s something to be said for being able to check your manliness at the door and view advertising from the consumer’s perspective if your target audience is a 26-34-year-old mom on the go.

Would you say Don Draper is a manliness role model?
Don Draper is an interesting case. There are certain elements of his personality that make him admirable, specifically the commitment to personal ethics (at least the commitment he expects his work colleagues to have). Many of which he doesn’t necessarily uphold himself—neither inside or outside of the office. It’s nice to see the silver lining, though, in instances such as when Betty gives birth to child #3, and it’s obvious through a waiting room conversation that Don feels bad about the way he is treating his family. I’d say he’s manly for the time period, but hardly a role model for what a man should have—and still to this day—should strive to be.