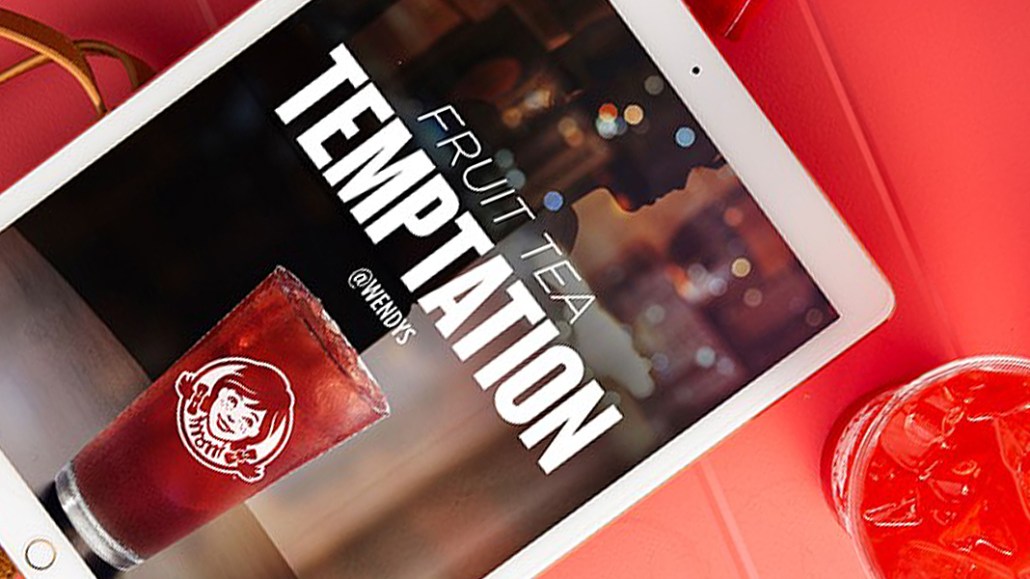 “Courtney watched the condensation drip down the side of the Berry Cherry Fruit Tea,” begins Wendy’s first story on Wattpad, the story-sharing app with 65 million users worldwide.

The fast-food company is experimenting on Wattpad for the first time, promoting Wendy’s summer drinks in six stories that parody the romance genre, where each drink is featured as the love interest.

With the stories, created by Wendy’s agency VML, the company is hoping to reach a young, female demographic on a platform growing in popularity. Wendy’s is not paying Wattpad for the campaign, so the stories for now are appearing within lists of other users’ stories on Wattpad’s online site as well as mobile app, where users post and discover user-written stories on topics ranging in genres such as fanfiction and thrillers.

Wattpad has also worked with over 100 brands, such as AT&T, Coca-Cola and Kraft, on branded content campaigns. In the past, brands have worked with the platform to create branded lists, sponsored posts and story contests that ask users to write about a certain topic. AT&T, for instance, ran a contest on Wattpad earlier this year asking users to write essays as part of its Later Haters campaign.

“We want to make sure that we are ahead of where the active participation is and we definitely see Wattpad as a way to open a dialogue with our audience,” said Jimmy Bennett, senior director of media and social for Wendy’s. “Paid conversations are on the horizon right now.”

Wendy’s first approached Wattpad a couple months ago to discuss their options on how to use the platform, said Bennett. The stories, which take on the same amount of sassiness and humor that the company has become known for on Twitter and other platforms, will be rolled out over the next few weeks and are part of a larger digital and social campaign promoting Wendy’s summer drinks.

Another area of Wattpad Wendy’s is interested in is the platform’s Wattpad Studios, its division that works with brands and movie studios to turn Wattpad stories into video content. “Recognizing that that is an opportunity that exists makes this relationship that much more impactful and invaluable,” said Bennett. “We would love to see some of these stories turned into video content. I think that would be the next evolution of what we’re trying to accomplish.”