‘I was terribly annoyed’: How Zenith’s Tom Goodwin became a LinkedIn superstar 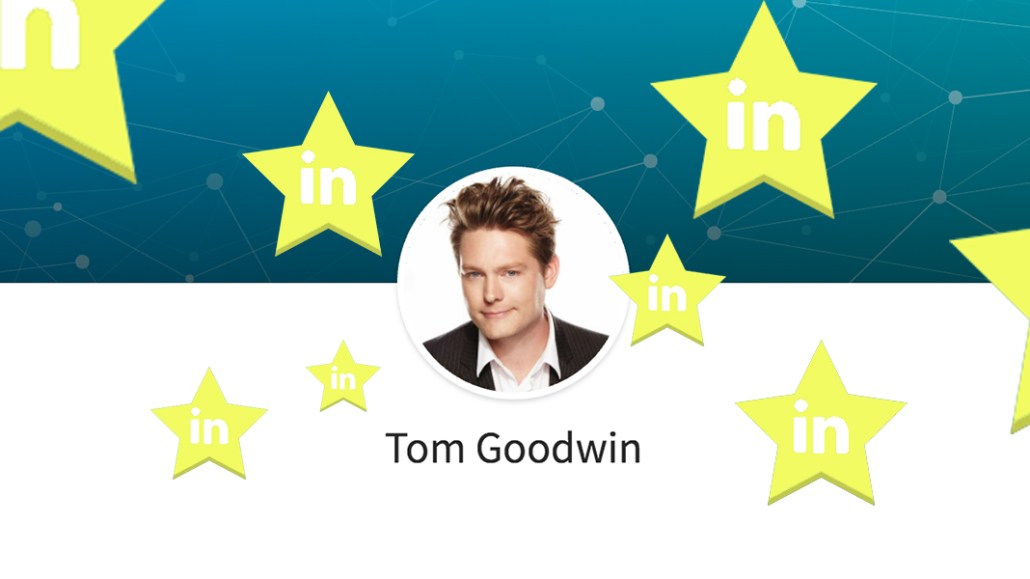 He’s an executive at Zenith, but for many in the industry and out of it, he’s also known as a LinkedIn whiz. Tom Goodwin, who currently boasts over 330,000 followers on the social network and was named a No. 1 “voice” in the marketing space on the platform, explains how he did it, as told to Shareen Pathak.

But about two or three years ago, they opened up a thing called an influencer program. At that time, I started writing for publications like The Guardian, and I used it as a place to post links to what I was writing.

What started to happen was I would post a link, and then I would feel people were getting engaged. Then I realized that I could take permission from places and copy-paste my pieces, using LinkedIn as a blogging format. And that’s kind of where it started to take off. When you post whole pieces, people would comment on it, that’s the way it works.

The growth has been somewhat smooth and sometimes hyperbolic. The bigger you are, the more likely people will follow you because you must be good. Two years ago, LinkedIn curators called me a top 10 voice on LinkedIn. And a year ago, they numbered them, and in 2016, I was No. 1.

I decided to make it part of my title on LinkedIn. That’s kind of how, sadly, people need to see credibility before they decide to follow.

I also was regular. I wasn’t spamming everyone, but if I went to a conference and spoke on stage, I would find all the people who spoke on stage and say, “Here’s the bit I spoke about.” I was proactive.

Why did I do it in the first place? I got irritated with the level of conversation. I would read a piece that said “TV is dead,” and then I’d want to say, “That’s complete nonsense.” It wasn’t some noble goal. When I first started writing I was incredibly annoyed and I wanted to express and I felt like nobody was listening.

I guess it became the nature of what I do on LinkedIn now. It’s gone from being one-way to two-way. It’s very important for me to use it as a challenge or behavior.

I recently wrote a status update thanking people for following me and said, “You’re not followers, I’m not a leader. This is a community I empower and am in the background of it.” The best thing that ever happens is when I say I think X is true and someone says, “No, you’re wrong.” I recently wrote about blockchain. The best thing about my popularity is that I can converse with people who know more than me. Someone with a PhD in blockchain can tell me something.

The more populist the piece, the better it does. A piece about programmatic, nobody cares. When I write about how the future of education is about creativity, it gets new audiences, like parents with kids in schools.

It’s important to know that the reason I’m successful is I don’t care that much. I don’t think to myself, what might do well, or if I’m wrong.