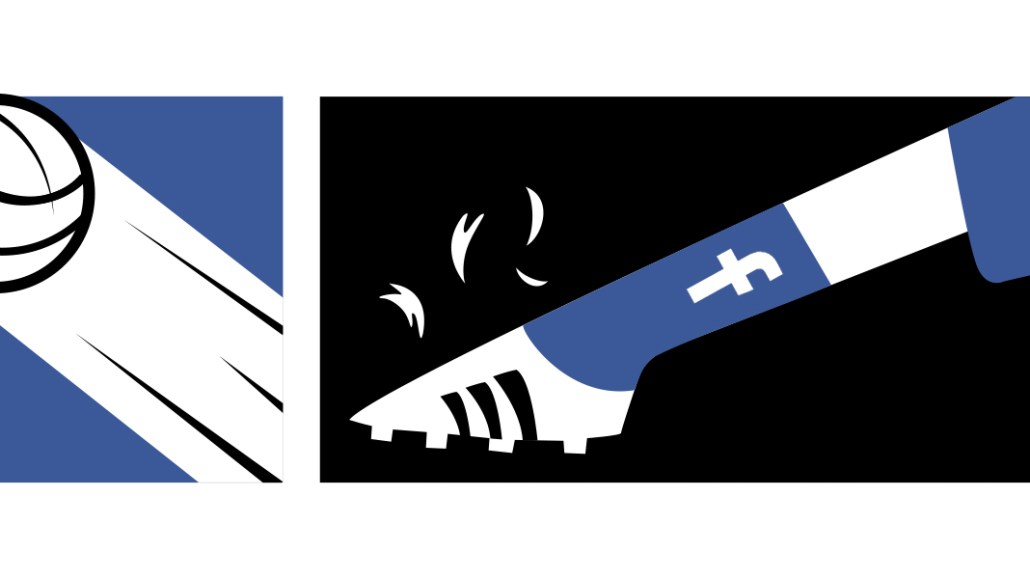 Empty stands. Substitutes sitting six feet apart, wearing club-branded protective masks. The eerie absence of a familiar roar when the ball slams the back of the net. And, in one case, thousands of cardboard cutouts of fans “cheering” on the home team. Welcome to the weird but satisfying return of live soccer.

Borussia Dortmund’s 4 -0 drubbing of Schalke on May 16 restarted Germany’s top soccer league, after a 61-day coronavirus-forced pause. The Bundesliga’s reboot has offered the first glimpse as to how clubs, leagues, sponsors and broadcasters will need to quickly adapt to a new normal once other elite sports begin to return around the world.

Ticket sales have dropped to zero and it’s unclear when fans will be allowed back through the turnstiles. Global sponsorship rights-fees are projected to fall 37% to $28.9 billion in 2020 as a result of the coronavirus crisis, according to sports marketing agency Two Circles. The total spend on sports sponsorship rights-fees was $1.8 billion in Germany last year, largely driven by the automotive industry, which has also taken a hit during the pandemic. The live sports hiatus has also decimated TV ratings the world over and some advertisers have asked networks to release them from their contracts.

In Germany, Discovery-owned broadcaster Eurosport is locked in a dispute with the German Football League, having sought to cancel its €70 million ($77 million) per year contract using a special termination clause, according to German newspaper Frankfurter Allgemeine Zeitung. Amazon and DAZN, which previously sub-licensed the rights for Bundesliga games from Eurosport, both expanded their distribution deals directly with the DFL earlier this month to broadcast matches for the rest of the 2019-20 season.

The DFL has also been quick to cut international deals with broadcasters looking to maximize the benefit of German football being one of the first major sporting leagues to return. U.S. fantasy sports company DraftKings acquired live betting streaming rights for the Bundesliga in the U.S. earlier this month, while Fox aired games on its FS1 channel.

“What the Bundesliga has done well is to make as many games available to watch live as possible, including staggered kick off times to maximize the amount of games people can watch,” said Chris Beadle, partnership development director and head of football at CSM Sport & Entertainment.

The debut game drew record ratings on the domestic Sky Deutschland channel, as well as FS1 in the U.S. and BT Sport in the U.K.

New flexibility over broadcast deals and new interactive options, such as live stats and Sky Deutschland and FS1 viewers being given the choice to add artificial crowd noise, would not have happened so quickly had the season carried on as usual, said Matt Rogan, co-founder of Two Circles.

A question lingers over whether the Bundesliga can maintain a high level of interest once more sports recommence. The German league has a lower international profile than the likes of the English Premier League and La Liga in Spain, which are both set to restart in June.

Daily active users engaging with Bundesliga clubs on Facebook and Instagram dropped 65% between March and May, according to an analysis of Facebook Ad Manager data by Alex Balfour, a sports and entertainment digital marketing consultant. Premier League clubs grew engagement in that time by 1%, while La Liga dropped 16%.

Balfour said, “The running assumption is that clubs are followed more because of the people they play against,” particularly in European competitions such as the UEFA Champions League and Europa League tournaments — both currently suspended but planned to finish in August.

The DFL and German clubs appear keen to emphasize that they’re not seeking to profiteer on their new international audience.

“We are talking about a pandemic — a major health issue — where sport is not the number one or number two [concern],” said Holger Tromp, communications director at Bayer 04 Leverkusen. “We have to be very humble on our channels. It’s important to be reliable, to show respect to people, to be emotional, to entertain — but … you shouldn’t simply try to take profit out of [the] situation.”

Tromp said Bayer 04 Leverkusen has worked with sponsors to create content for its social and digital channels as it looks to compensate for the lack of a full stadium experience. LinkedIn has also becoming an increasingly important channel for Leverkusen’s executives to communicate how they’re handling the restart, he added.

“There’s some mood music around moving to a significantly digital execution. You’d think this would accelerate that,” said Alex Balfour, a sports and entertainment marketing consultant. “The hassle now of putting together a hospitality program for a client is absolutely not going to be worth it for a significant period of time.”

Speaking on a SportsPro webinar in May ahead of the league’s restart, Moritz Muecke, head of digital innovation at the DFL, said the key focus was player and staff safety rather than attempting to convert new fans. Muecke also said he would personally advise against clubs introducing e-ticketing or virtual VIP experiences to monetize existing fans in lieu of ticket sales — though he added the caveat that some clubs facing financial insolvency may see no other option.

“A lot of fans at the moment are already giving back to their clubs by maybe not canceling the season ticket they already have [and] really partnering with their clubs in this crisis,” said Muecke. The DFL did not respond to requests for comment.

Shortly after the Bundesliga was postponed, the DFL launched its “Bundesliga Home Challenge” on Mar. 28, pitting professional footballers against gamers on the PlayStation 4 game FIFA 20. The e-sports coverage drove more than 2 million unique views per weekend, Muecke said. In May, once live matches recommenced, the Bundesliga debuted a series of real-time on-screen match statistics, powered by its technology sponsor Amazon Web Services.

There are nuances to the German football market. Clubs are majority-owned by their fans, rather than commercial investors — meaning many teams have less leveraged balance sheets than their international counterparts. There is a strong “ultras” fan culture that has widely opposed proposals like replacing real fans with mannequins to recreate packed stands or piped in crowd noises as seen in the K-League in South Korea. Plus, most of its key club sponsors are German, rather than international, companies.

Still, there are lessons to be taken from the Bundesliga’s return that can be applied to almost other sports leagues as they begin to recommence — from taking a more agile approach to broadcasting rights to maximizing digital sponsorship activity in lieu of corporate hospitality.

“[The coronavirus crisis] hasn’t really changed the direction that global sport was moving in, it’s just put everything in fast-forward,” said Rogan.