What Ted Baker has learned from shoppable video so far 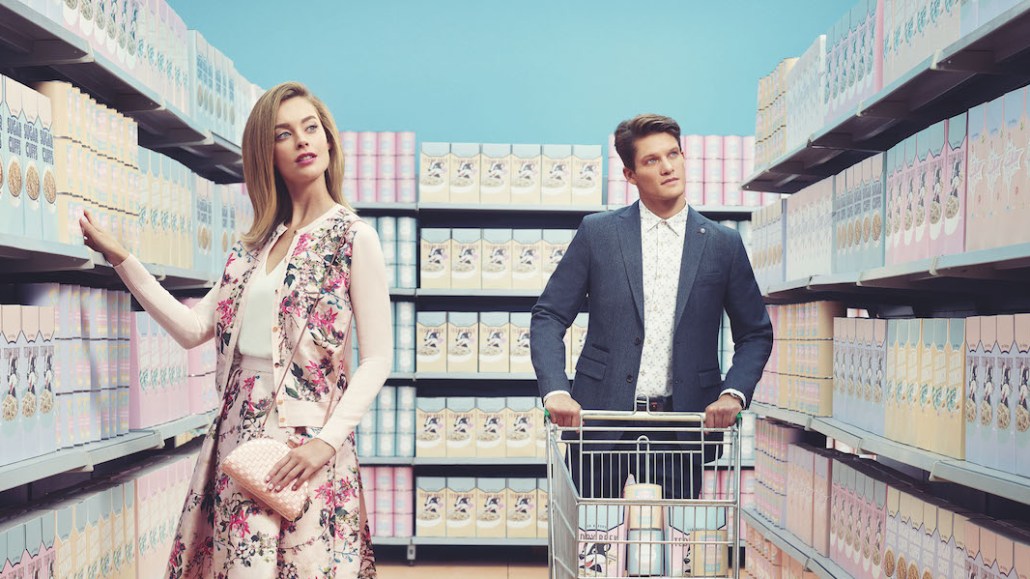 Brands’ experience with shoppable video usually follows a pattern: They’ll release a clip, wax lyrical about the future of retail and then — after the campaign is over — crickets.

But Ted Baker is an exception. The fashion retailer is now on its fourth shoppable video, this time as part of its SS17 campaign Meet The Bakers. According to brand communication director Craig Smith, the company — which has now been experimenting with the medium for four years — differs from rivals because it sees the tech as a long-term investment.

“If you look back at all the examples out there, they haven’t tried very hard,” Smith said. “They are rudimentary: no story, no investment, no creative production.”

The company’s latest video, shot for the first time in 360 degrees, is a big-budget affair that will appear on Ted Baker’s web and social channels, alongside the sites of Asos and Nordstrom starting today.

It is an evolution of the company’s previous shoppable video, Mission Impeccable, in both form and function based on the retailer’s learnings so far. For a start, shoppers have fewer hoops to jump through before they reach the buy button. In previous films, they had to click on hotspots in the video to save items to their vault. But based on their feedback, the Ted Baker team decided to simplify the process to two steps.

“Now any product you select literally goes into your bag for checkout,” explained Smith.

The video itself is a tour around the life of a retro sitcom family named The Bakers, and it allows customers to click on icons floating above its models. Each icon displays an itemized list of the products they are wearing and a link to add them into the customer’s basket below. There, they can toggle between sizes and colors.

To avoid overwhelming shoppers, the new video is also shorter than its three-minute predecessor and also includes fewer product shots. “This time we’ve given them the opportunity to really focus in and pause,” said Smith.

This new functionality will also feed back into the analytics Ted Baker gets from its partner, WireWax, which is tracking which parts of the film are most engaging. The team will also track how they interact with the site before and after they play the video. This is important to put the video in the context of the rest of the site.

While the linear format has worked well for the company previously, shooting in 360 degrees was a creative ambition for the team; using a specialist production agency was invaluable to the brand during the process, said Smith. For example, it was necessary to know how to construct a set that would span six different rooms in the video and ensuring all views are cohesive and on-brand.

Smith said Ted Baker’s previous videos succeeded in driving sales for the brand (though Ted Baker could not provide figures). However, the format has use beyond sales in pushing engagement and also traffic to its site, and those of its partners. “We wouldn’t have just done it to sell more products because there are simpler ways to do that that aren’t as interesting,” said Smith.

While Ted Baker’s bricks-and-mortar presence is largely relegated to inside department stores, online it also relies on partners like Asos, Selfridges and Nordstrom to provide it exposure. So, the shoppable efforts also show its third-party partners that “we are a brand they can develop some interest in,” Smith said. “We want to push the brand and get people excited about the things we’re doing.”