Taco Bell continues to bash McDonald’s in a new spot 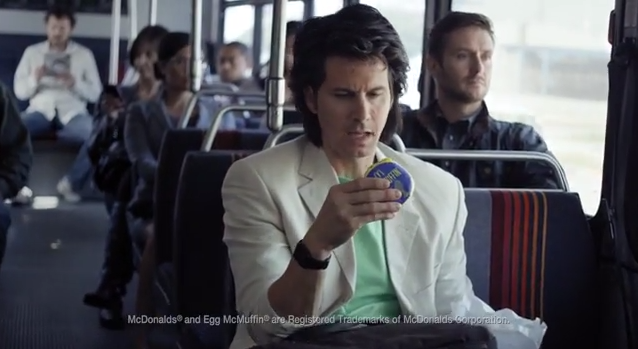 If you were hoping for a détente in the Breakfast Wars, this will come as bad news.

Following its real “Ronald McDonald” ads in March, Taco Bell continued its direct attack on McDonald’s yesterday with a new spot that calls the McDonald’s Egg McMuffin dated — not unlike 80s hair and Loverboy. The Taco Bell breakfast waffle taco, meanwhile, represents the future, like smartphones and tight jeans. The spot ends with the tagline “Move on from your old McDonald breakfast with Taco Bell’s exciting new breakfast menu.” The video has gotten more than 40,200 views on YouTube since yesterday.

McDonald’s hasn’t retaliated yet, as it did in response to Taco Bell’s initial anti-McDonald’s ads when it put up a Facebook post featuring Ronald McDonald petting a chihuahua along with the line, “Imitation is the sincerest form of flattery.”

What is suspicious though, is that on April 3, before Taco Bell’s new spot aired, McDonald’s shared a TBT post on Facebook featuring the Egg McMuffin with Bootsy Collins sunglasses on, along with the copy, “Groovin’ since ’72. You dig? #TBT #EggMcMuffin.” Seems a little too perfect a set up for the Taco Bell ad, doesn’t it?

We all know real-time marketing is the big thing these days, but obviously the new Taco Bell spot — with a guy singing about how it’s time to get with the times with a Taco Bell waffle taco — wasn’t made in just the four days after the McDonald’s “throwback Thursday” Facebook post. If Taco Bell and McDonald’s aren’t both in on this contrived “Breakfast Wars” together, then it’s one hell of a coincidence.