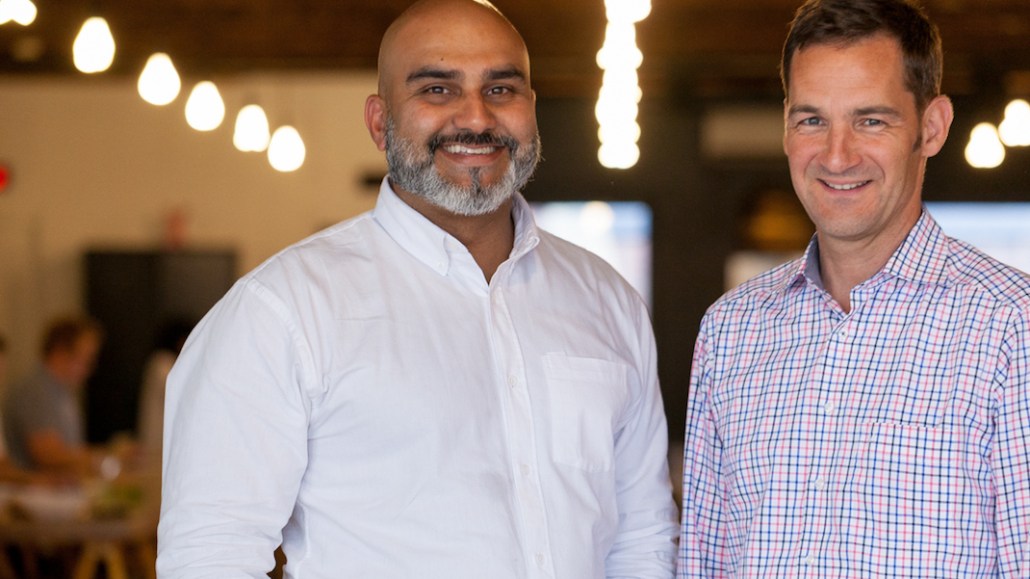 Just before Thanksgiving, Kamran Asghar, co-founder and president of media agency Crossmedia, got a call from an executive at Nordstrom Rack, which was parting ways with WPP’s Mindshare. “Over the past two years, we’ve been thinking about you,” the executive told Asghar. “We’d like to talk.”

It’s becoming a familiar phenomenon at Crossmedia, which bills itself as a “100 percent transparent” and “highly analytical” independent media agency. And for its increased growth, it can thank holding group media shops that are being criticized for lack of transparency.

“Our DNA is based on total communications planning and collaboration with creative. And our revenue solely depends on retainer-based fees, so we are not making money on media transactions and can stay transparent,” says Asghar. “Imagine that: an agency with no hurdles to fight on your team. That doesn’t only sound nice in theory, it is your every day.”

Clients are sold on it. Last year, Jägermeister left Crossmedia in an effort to consolidate its agency services. Just before Thanksgiving, it was back.

For Christopher Dunn, brand manager for Jägermeister, Crossmedia is more transparent than other media shops. “Crossmedia’s smart, data-driven thinking combined with its creativity and innate passion for all things media is what brought us back,” he says. “Not only does it have a clear understanding of our brand, we believe our company cultures are very similar. And we appreciate its commitment to operate in a fully transparent fashion.”

Beth McDonnell, svp and CMO for U.S. Bank, echoes the sentiment, saying that her team chose to partner with Crossmedia because the agency offers “a fresh, data-driven planning perspective; strong, positive culture focusing on communication across the teams; comprehensive planning process; innovative and timely campaign reporting and integrated attribution tools.”

Nordstrom Rack, U.S. Bank and Jägermeister combined spent around $53 million on traditional media and display advertising from January to September last year, according to Kantar Media.

For Asghar, the opportunity lies in the fact that holding groups are siloed by channel. While their media agencies can use their buying power to give clients a lower media price, a conflict of interest arises when holding group agencies buy and sell their own media.

And media planning should not be about buying media en masse to reach a broad demographic group. The modern way is, he says, to make sure that the audience is more clearly defined across a set of behaviors that indicate how likely they are to buy a given brand, while delivering content in different media channels and moments most relevant to them.

For instance, health and nutrition brand GNC’s core audience has traditionally been the gym-loving young male, but the untapped opportunity is with older females who want GNC products but have not been convinced to walk into the store, Asghar explains.

“This leads to very distinct media plans for each segment measured against specific business goals,” he says.

With this in mind, Crossmedia has been expanding. It now has 150 full-time employees in the U.S. and 250 in Germany today. And its U.S. team is moving from a current penthouse in New York City’s Flatiron area into a new office space this summer.

This is a far cry from 2000 when Asghar, then a 26-year-old planning director for Ogilvy & Mather, co-founded Crossmedia with his Ogilvy colleague Martin Albrecht. With zero clients at the very beginning, the duo had nothing to do except to go to burger places every Friday. Even today, Crossmedia sets every Friday as “Burger Day” as part of the agency culture, when employees make a toast to each other.

“For the first six or seven years, there were crossroads every day because our model was new and we were small in a big guy’s game,” Asghar recalls. “We had very limited credibility. All our clients wanted to know was, ‘Can you buy my media and give me great rates?’ That was the mentality.”

In 2005, Crossmedia got its first major brand client: New York Rangers. Since then, the business started taking off with clients including Whole Foods, GNC and Hartford Insurance. But sometimes the team still loses. Last year, Crossmedia was in a major agency review of a brand with over $70 million marketing budget, up against two other agencies. After a couple of meetings, Asghar’s team realized that the chemistry was not there, so it gave up in the final round.

“It is really hard in this business to walk away from a pitch,” says Asghar. “But sometimes what a client is looking for and our business model don’t match. I think those moments give you a lot of confidence that you know what is right for you.”

And though the media landscape only continues to evolve, Asghar thinks that the biggest challenge for an independent shop remains the same: to shake clients’ big-media agency biases.

“Many clients think that only big shops have the [buying] scale,” he said. “Nobody will ask them questions. The marketer who is in charge of media dollars won’t get fired if they work with a big agency.” But they also might not win.