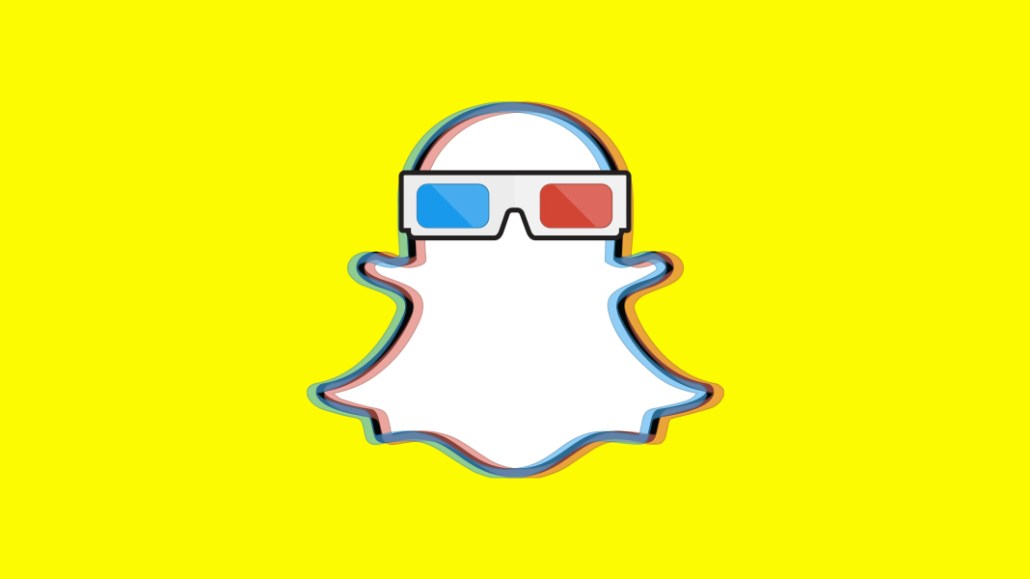 Snapchat has been testing a design toolkit called Lens Studio for a while, and on Dec. 14, it finally made it available to every advertiser so they can create lenses on their own, instead of going through a manual process with the Snapchat team. This move fits Snapchat’s overall ad strategy of making its inventory programmatic.

Snapchat said more than one-third of its users play with lenses every day, which averages over three minutes per lens per day. While everyone can download the toolkit to create 3-D lenses (which Snapchat calls World Lenses), advertisers need to work with seven authorized studios — AvatarLabs, Fishermen Labs, Haus, MediaMonks, North Kingdom, Trigger Global and VidMob — to create selfie lenses (which Snapchat calls Face Lenses).

“We will gradually add partners based on their mastery of a core set of skill requirements, including 3-D modeling, texturing, rigging and animation,” said a company spokesperson. “All partners must first pass a rigorous review process to ensure the quality of lenses remains high.”

Len Studio helps advertisers speed up content creation. Lenses that previously took six to eight weeks to create can now be completed within a few days with the help of this toolkit or the above seven partners. After advertisers create their own lenses, they go to Snapchat to place a media buy: They can either pay for targeted audience lenses on a CPM basis or Snap Ads where users swipe up to see a 3-D lens.

Although Lens Studio will be used by creative shops more than media agencies, James Douglas, svp and executive director of social media for IPG-owned Society, thinks it is part of Snapchat’s broader push toward self-serve for majority of its ad capabilities.