How Smashbox is using eye-tracking technology to increase sales 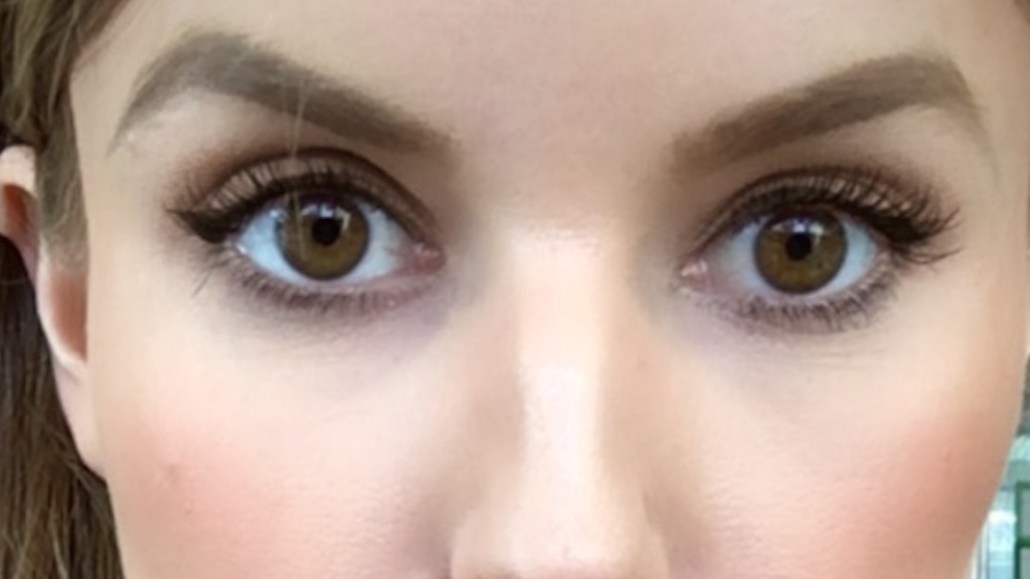 Eye-tracking technology is finally making its way to the beauty space, thanks to a new partnership between Smashbox and the industry’s favorite augmented reality provider, ModiFace.

As an exclusive partner of ModiFace’s popular iOS and Android app MakeUp (which allows customers to virtually try on thousands of different makeup products and has nearly 50 million downloads), Smashbox was the first brand on the company’s roster to test out the technology, which allows them to track what a user is most interested in based on his or her eye movements. Based on this information, the brand can then better tailor their marketing and drivers to purchase — a key goal of the app, which at this point, only allows users to shop the Smashbox line.

For example, a user might stare at one shade of eyeshadow for awhile, without actually touching it. Sensing potential interest, Smashbox can then prompt the user to buy the product or explore it further (rather than prompting them to buy every product, all the time).

Lest anyone has privacy concerns, customers are first prompted to give the app camera access for face and eye tracking, and makeup rendering before it loads.

Although Smashbox could not provide sales figures, it revealed the technology has resulted in a 27 percent increase in overall conversions since it began using it two months ago.

“Eye tracking provides a deeper level of insight into what users are thinking about by measuring what they are looking at,” said Parham Aarabi, the founder and CEO of ModiFace. Until now, the technology had only been used by the company to help simulate colored contact lenses over users’ eyes. Now, its main goal is to help brands boost their analytics, especially as they relate to what people are paying attention to most online and on mobile, and providing tailored recommendations based on that information.

Indeed, the app has helped Smashbox gauge which of its products are being focused on most, including the top-performing Always On Liquid Lipstick (which represented 49 percent of its users’ overall focus) and, the second most popular, Cover Shot Eye Palettes (accounting for 12 percent).

Isn’t it possible that a mere glance could be mistaken for product interest? Smashbox has accounted for that, according to Aarabi. “We can detect this difference [between the two], based on how much time users spend looking at a specific item and the specific directionality of their gaze location,” he said, citing the example of a user gazing at the name of a product while moving from left to right, indicating they’re actually reading it.

Jason Bhargava, an investor in the AR/VR space, said that we can expect eye tracking to be huge for brands across the board in the coming years, a fact backed up by Facebook‘s and Google’s recent acquisitions in the space. “It will be revolutionary to advertising, where one of the biggest problems in the market today is viewability,” he said. “Brands will be able to choose to only pay for ads that the user actually looks at.” What’s more, it will allow for further e-commerce personalization (“recommendations based on views”) and improved analytics for product designers (highlighting, for example, which elements of an outfit or makeup kit catch a user’s attention most).

ModiFace, for its part, hopes to build out this technology so that it can prompt product promotions that are more complex than the basic call to purchase being used now. They also foresee a time when users will be able to virtually try on the products simply by looking at them, ridding users of the usual swipe-based interactions. “It will definitely improve that UI navigation,” agreed Bhargava.

Presumably, the 69 other brands the company partners with, including L’Oréal and Sephora, will want a piece of this pie. But in the meantime, ModiFace will be working strictly with Smashbox to promote the technology at special events held by Decoded Fashion and WWD, the details of which the company could not reveal.