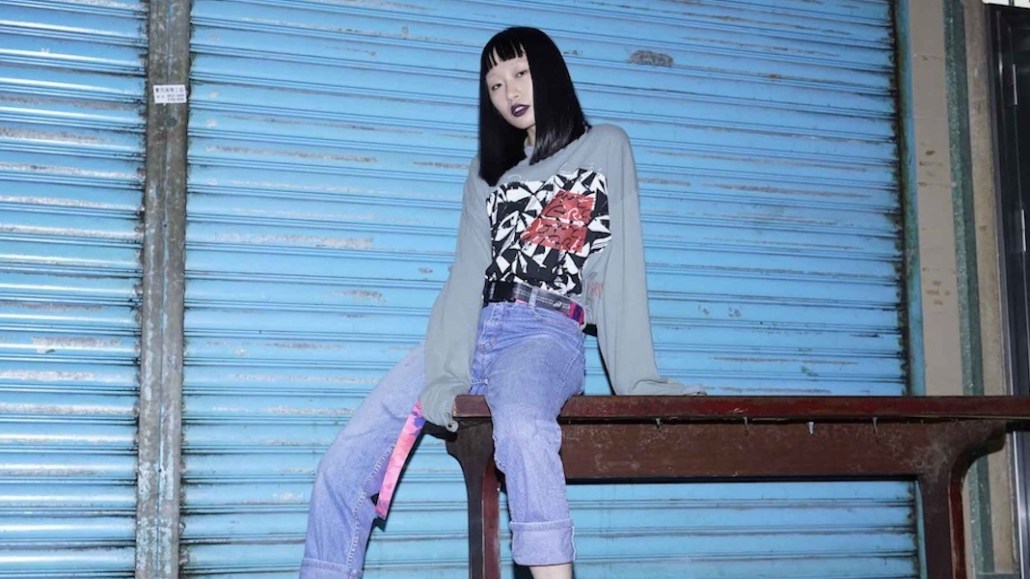 The see-now-buy-now runway model has found a fitting audience — not in the U.S. or Europe, but in China.

NYFW: Tmall China Day, a new initiative formed in partnership between Alibaba’s e-commerce marketplace Tmall and industry trade association the Council of Fashion Designers of America, will launch this February during the men’s fall 2018 runway shows. Four Chinese designers and brands — Peacebird, Li-Ning, Chen Peng and CLOT — were chosen by the CFDA to host runways and showrooms during the official New York Fashion Week schedule.

The shows that take place on NYFW: Tmall China Day will be shoppable, making use of the see-now-buy-now model that failed to launch in the U.S. What was categorized as a revolutionary change for the fashion industry has since been abandoned, as designers question the need for New York Fashion Week all together.

The CFDA, which owns the rights to the New York Fashion Week calendar, is looking to broaden the event’s reach. According to CFDA president Steven Kolb, the goal of the partnership is to expand globally by roping in an international audience.

“In any of the programs we do, we’re measuring impact,” said Kolb. “This is a time of great experiment for designers, and we’re exploring, as well. For us, that means we’re expanding our scope.”

The shop model for NYFW: Tmall China Day mirrors that of Alibaba’s Singles’ Day see-now-buy-now event: Show attendees and viewers (the China Day shows will be streamed online on Tmall’s and CFDA’s websites) will be equipped with buy buttons in the Tmall app. As most items appear on the runway, they’ll simultaneously appear on users’ phones in the Tmall app. With a tap of the button, items can be added to cart and placed on pre-order. Orders will then be fulfilled by Tmall.

The streamlined selling process comes to NYFW at a time when the see-now-buy-now model, as it’s been tested in the U.S., is in need of a serious revamp. Designers who have tested the in-season runway show and selling model, including Thakoon and Tom Ford, have since abandoned it. Hangers-on include Tommy Hilfiger, who’s turned his runway shows into consumer-centric spectacles, switching location backdrops from New York to L.A. to London with every new season. See-now-buy-now dissenters have claimed that shoppers are used to, and fine with, waiting a period of time for items that are considered luxury.

Putting the model in front of Tmall’s 500 million active users, however, brings the need for immediacy back to the forefront. Customer behavior in China is highly concentrated on mobile, and shoppers are conditioned to buy in the moment, regardless of price. During November’s most recent see-now-buy-now Singles’ Day event, a few Lexuses were purchased.

“As Chinese consumers become more fashion-forward and technology-savvy, they want to purchase what they see, when they see it,” said Jessica Liu, president of Tmall Fashion. “As online and offline shopping merges, it is imperative that we continue to innovate and deliver the most interesting content and seamless shopping experience for consumers.”

The announced lineup for Tmall China Day follows the announcement of the CFDA’s partnership with production platform Nineteenth Amendment, a company that specializes in on-demand manufacturing for brands. With the support of a platform like Tmall, a ready and willing customer, and a production cycle that’s viable for an in-season model, brands — particularly those looking to launch in China — are getting the necessary leg-up to launch a see-now-buy-now runway show. That logistical support has, so far, been missing in the so-called in-season revolution, and the only brands that remain on board the new model, like Tommy Hilfiger and Burberry, are massive brands with the resources to pull off an overhaul.

“It’s extremely hard to disrupt any industry, and fashion is one of the oldest,” said Kimmy Scotti, partner at VC firm 8vc. “You can’t change an engine while a car is in motion. What the first run of see-now-buy-now has shown is that designers need support industry-wide to pull off major change.”

Bringing Chinese designers to New York by way of NYFW: Tmall China Day is the latest step in the partnership between Alibaba and the CFDA. During the see-now-buy-now event in November, Jason Wu and Opening Ceremony showed collections that were instantly shoppable. Overall, U.S. designers are plotting strategies to reach China’s high-spending and fast-growing luxury customers, either on their own or through partnerships with Alibaba’s Luxury Pavilion, JD.com’s Toplife.

“We are promoting a common exchange between Chinese and American fashion industries.  We want to help outstanding Chinese designers gain more recognition in the international fashion community, while also supporting commercial labels to build their brand and expand globally,” said Liu. “We also like to attract quality U.S. fashion brands and designers to the China market and use Tmall’s assets to help them succeed. Tmall is not just a place for merchants to sell their products, but a platform to grow their brand. We are excited about this partnership with NYFW and we will continue to work with more international fashion and luxury brands to bring about creative collaborations and innovations.”