‘They screw me, screw them’: Ad freelancers fight back 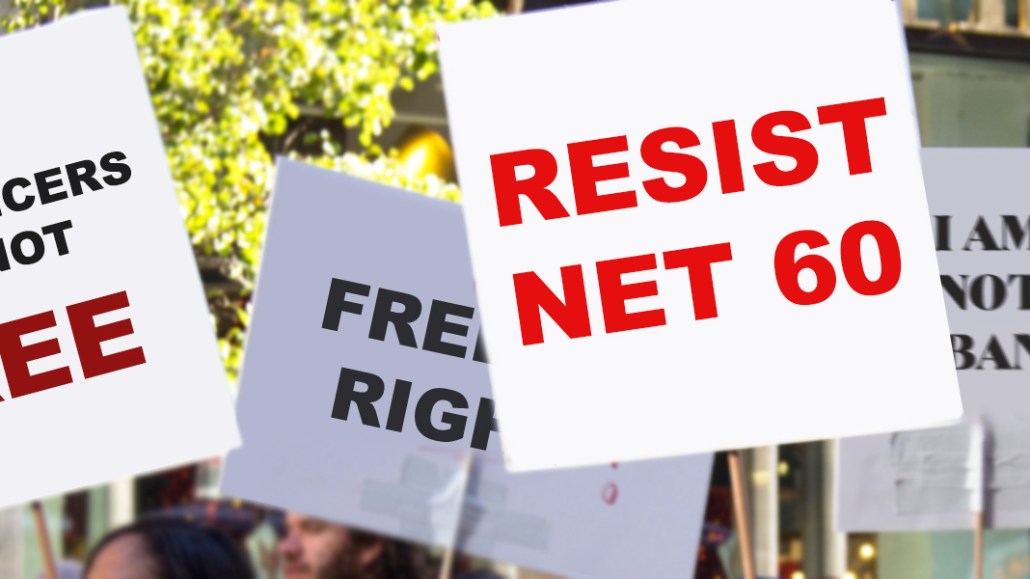 Last year, freelance designer Rafael Bahamon got a call from an agency asking to book him from January to March this year for a project. He cleared his schedule and turned down other jobs, a practice called “separating your time.” But in January, the agency called again: No go. It didn’t get the money it needed for the project, so Bahamon was out of a job. “It’s so hard and unfair,” said Bahamon. “I can’t get any other work then.”

It’s a common story for the growing ranks of agency freelancers — and from being paid late to losing jobs to never being paid at all, freelancers have always had a tough time of it. But things appear to have worsened since the recession, and now, freelancers are starting to fight back.

A growing number of tools are available to help. An app called Williams&Harricks will let them send physical letters demanding renumeration to their agencies. For $3, the app, made by freelancer productivity company And Co, lets freelancers pick from templates ranging in severity. Since launch a month ago, it has sent “hundreds” of letters, according to the company.

There are some moves happening on the legal end, too. In November, the Freelancers Union campaigned for legal protections for freelancers. The law, called “Freelance Isn’t Free,” which makes contracts mandatory for any work that surpasses $800, went into effect on Monday. It also forces companies in New York City to pay freelancers within 30 days.

Freelancers are also using other less systematic tactics to push back.

Multiple agency freelancers said they’re beginning to implement “kill fees” into agreements. Those fees basically force clients to pay freelancers if a project ends up not happening. They’re controversial: Agencies, especially those that do lots of project work, often operate on a relatively unstable schedule. Projects fall through often.

And — perhaps even more controversially — more freelancers are double-dipping, taking on two projects at the same time. “Of course I do it,” said one art director who preferred to stay anonymous. “If they’re going to screw me, screw them.”

It’s not just in agencies. Nationwide, and even globally, the nature of work is changing. Reports estimate there are 53 million freelancers in the U.S. today, and by 2020, 50 percent of the entire workforce will be freelance talent. There are new, different ways of working: The rise of the gig economy means people may hold down one full-time job and freelance on the side.

And in the advertising business, that looks like it will be the future. Younger employees say agency veterans want to build a portfolio of careers, broadening skill sets every so often. That’s partially why agencies are a draw — they let people work on different things and for different clients at some point.

The future of agency work itself is also more unstable. Brands rarely now have one agency that does all their work for a fixed period of time. Brands are doing things in-house, outsourcing things project by project, sometimes unpredictably. The rise of digital media makes deliverables come by the hour, not by the month. There is more work. All of that means the rise of entirely new working models that ebb and flow, and what’s begun to be known in the industry as a “slash worker,” as in a designer/copywriter/Uber driver.

For freelancers who often don’t get paid on time, it often ends up being an issue with the setup of the system. Thirty-three percent of businesses say they have payments due to them that are over 90 days late, according to research released on Monday by the Payment Practices Barometer.

“It was funny because I was under the impression that you complete the work, then you get paid,” said Cosmo Iannopollo, a former agency copywriter who went freelance recently. “Like when you go to a restaurant and pay a bill after you eat.”

He didn’t get paid for weeks, then started to make calls. It turns out, the company had a 90-day payment cycle with its client, so it had a longer cycle with paying its freelancers, too. Agencies often treat anyone they work with, including publishers, like banks. Shit rolls downhill.

Leif Abraham, CEO of And Co and a former agency freelancer, said the biggest problem in the industry is that freelancers rarely have any idea what’s going on. “Disagreements are happening without legal contracts; terms of agreements are never put in place.”

Abraham said one thing he often sees is that big holding company-owned agencies are often the hardest to work with. Freelance talent often gets a zip file with seven PDF documents to complete. The error rate is high: Often there are small mistakes on Page 5 that aren’t caught until it’s Day 30.

Michael Howard, a freelancer who has worked with most major agencies, said that for him, whether unfair or not, he has to decide whether to burn a long-term relationship in favor of what he dubs “small details.” For example, if he’s doing a shoot in Los Angeles, payments are based on a five-day work week — even though he’ll work every weekend. “That’s just how it is,” he said. “The relationship with the agency is more important.”

Another issue that stops freelancers from fighting back is the danger of being blackballed. Multiple freelancers spoken to for this piece said the biggest scare is if you push back against one agency whose employees always know people everywhere else. “People talk,” said Howard.

Dan Fietsam, chief creative officer at Laughlin, said longer-term arrangements are absolutely important and also make the price more negotiable. For him, “most of the freelance [community] is a known network, so it’s critical for both sides to be fair in regards of timing, rate and communication.”

What if the freelancers blacklist agencies that pay late or pay unfairly? It doesn’t happen. “Perhaps it’s the nature of creative people, but we are insecure in general about our work’s value,” said Howard. “We wouldn’t do that.”