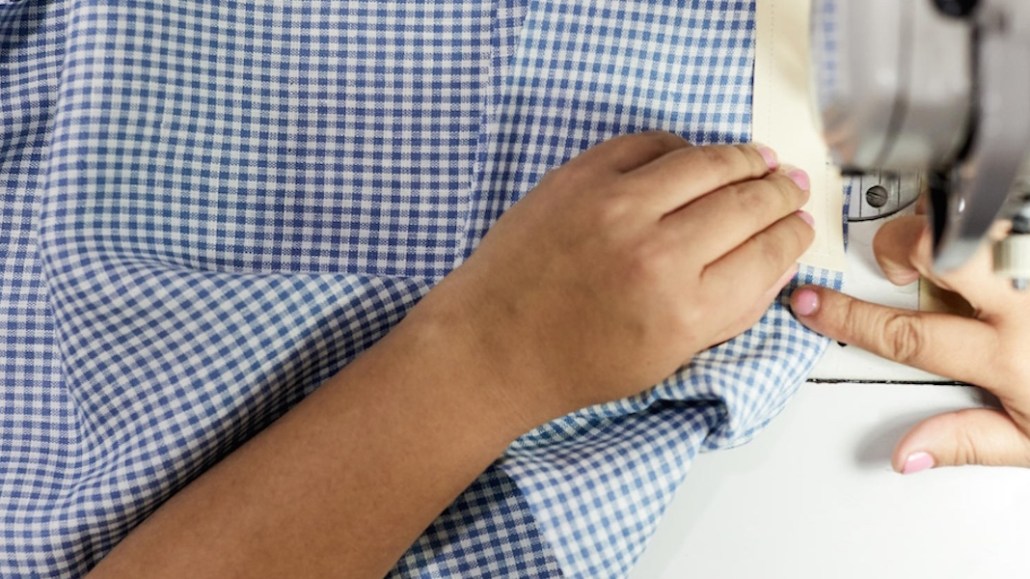 In a retail market that’s volatile enough to drive longstanding brands to bankruptcy, Reformation is building its business by expanding upon its mission to make eco-friendly fast fashion.

After opening its first privately owned factory in Los Angeles in November — a 120,000 square-foot space converted to be sustainable — Reformation has moved 80 percent of its production there, producing the other 20 percent offshore or at surrounding L.A. manufacturers. As a result, the brand can now get items from development to stores (both online and to its brick-and-mortar locations) in as quickly as four weeks.

The brand, which is headquartered in L.A., also opened two new stores on Tuesday, one in Culver City and a second in Melrose. The openings bring Reformation’s store count to six, plus they mark the first additions to the brand’s techy store concept that debuted in San Francisco in March. The concept incorporates digital screens imitating the brand’s e-commerce store, as well as a “magic wardrobe” feature that enables the brand to sort its assortment on the sales floor based on product performance. According to CEO and founder Yael Aflalo, the brand uses real-time feedback from its physical and online stores in order to inform its production, as well as its assortment.

“We use intelligent customer product suggestions to move fast and react,” said Aflalo. “If there’s something that converts really well, we’ll promote that item. If something never goes in the dressing room and doesn’t convert, we’ll stop putting that item out. It’s about tracking real-time traffic and conversion.”

That proximity to its customers has helped Reformation react to demand at a rapid clip, without coming under fire for unethical labor practices and conditions like fast-fashion giants Zara and H&M (both of which have been making pushes to appear more transparent).

“A handle on customer data is huge from an infrastructure side and a brand side,” said Mark Jarecke, managing director of digital at brand engagement firm Sullivan. “When the data comes directly from the user, the brand can change as consumer demand changes. Other retail chains [lack the data] to be that targeted.”

Reformation, which raised a single $12 million venture capital round since its launch in 2008, hit $25 million in annual revenue in 2014, its last reported performance. It has started reaching into new categories, as well, delving beyond dresses primarily made with deadstock fabric and into denim, bridal, kids’ clothing and, most recently, swim. A certified B-corps company, which means it has been identified as a company working toward social and environmental progress, Reformation now employs nearly 300 in its Los Angeles factory (many of whom were laid off in American Apparel’s factory closing).

As a closer handle on its factory production has enabled it to speed up its production cycle, Reformation is improving its ability to respond not only to product performance, but also to environmental changes. Its L.A. factory allows for a production cycle that’s under four weeks — before, Reformation was operation on a six- to eight-week lead time.

“Direct-to-consumer is an advantage of our business that has helped us manage our finished product,” said Kathleen Talbot, vp of operations and sustainability at Reformation, in a previous interview. “We use a tight feedback loop and produce limited runs of every product. Based on performance, we adjust up or down and now, and we can produce more very quickly. Working quickly is something we talk about a lot, and we’re able to respond to demands and changes in the environment in real time.”

Reformation isn’t the only apparel brand using the agility of a direct-to-consumer business model to counter the retail industry’s environmental and ethical woes. Peers imcluding American Giant and Everlane, which also follow a direct-to-consumer model, have cut out traditional retail middlemen in order to follow a transparent supply chain process and, in American Giant’s case, produce clothing entirely in the U.S.

An advantage of a direct-to-consumer business: tight control over the supply chain, which means brands can react efficiently to consumer demand, rather than operate on a schedule that’s 12 to 18 months ahead of production — something that results in heavy markdowns down the line, when a color or style doesn’t perform.

“In traditional retail, to sustain a certain level of markdowns, you can produce a $100 T-shirt for about $12,” said Bayard Winthrop, CEO and founder of American Giant. “But if you sell almost all of your product at full price, that $12 becomes unreasonably low. You can invest $25 in your product and deliver higher quality to your customer, while investing in manufacturing and engagement with your supply chain.”

With less inventory to clear out, brands that operate like American Giant and Reformation can focus factory efforts on what’s trending with customers. To give an idea of what that looks like, Reformation has begun offering weekly tours of its L.A. factory to the public, where customers can see the working conditions of the employees and learn more about the RefScale score, which ranks products based on how much water and waste saved in their production.

“Sustainability, for Reformation, is a lot less focused on the message and more on what a holistic approach looks like — from reacting to how much inventory is needed, to how much water is used in the factory, to how much time and energy is used transporting goods,” said Jarecke. “That’s just going to help user demand increase.”