‘Put everything in the hands of the influencers’: Inside RXBar’s new influencer strategy 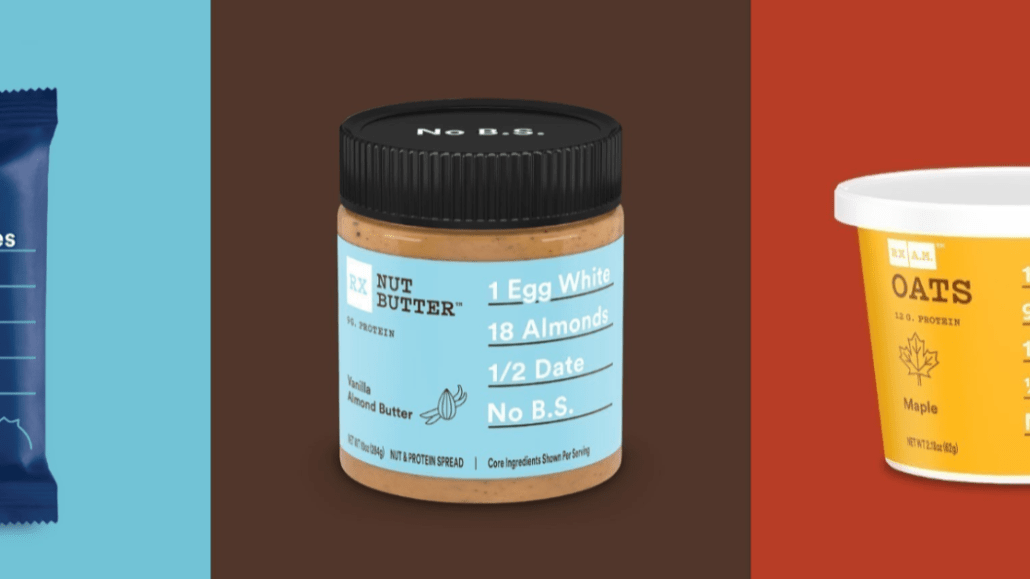 RXBar is using influencers like they would an agency. The company is handing over the marketing of its new limited edition flavors to social stars, letting them create the content to promote the flavors and posting it on their channels.

In doing so, the company is eschewing a more traditional paid marketing campaign of television or social media ads and relying on influencers to drum up interest and sell new flavors to their audiences. The company unveiled its first limited-edition flavor, hot chocolate, yesterday in partnership with CrossFit influencer Cole Sager, who posted about the new flavor on his Instagram.

“The intention is put everything in the hands of the influencers,” said Jennie Jones, associate brand manager for RXBar. “Our marketing team is really stepping back and allowing them to have the freedom and control over the marketing, one hundred percent.”

The marketing and sales of the new flavors will be dependent on the work of the influencers, according to Jones, who explained that RXBar isn’t putting any paid media dollars, not even to promote the influencers’ content, behind the initiative. The company is also not promoting the new flavors on its owned channels.

Following the hot chocolate flavor debut with Sager, the hope is for RXBar to work with dozens of other influencers in similar arrangements to generate buzz around limited edition flavors via the influencers’ social platform. The company is currently vetting other influencers across a variety of channels including Instagram, Pinterest and YouTube that it has worked with to roll out other new limited edition flavors with them.

“We’re at the point with our brand maturity where we’re looking for unique ways to interact with and engage our consumers,” said Jones of why the company is rolling out the new initiative.

The hope of the program, which was developed by the in-house marketing team, per Jones, is not only to use influencers to “open up doors for a new channel for sales” but to “gain from consumer feedback as well as influencer feedback that will help [RXBar] from a research and innovation standpoint to come up with new flavors and future launches.”

As for payment, the arrangement between RXBar and the influencers is similar to that of an affiliate marketing campaign. The company is incentivizing influencers to push their audiences to buy the flavors as quickly as possible, as the faster the new flavors sell out the larger the payment will be for the influencer. RXBar declined to share the exact financial arrangement it has with Sager or what it will set up for other influencers. However, Jones did share that, “what [Sager] makes will be up to him and his effort in supporting the flavor.”

It’s unclear how much the effort will cost the company as RXBar declined to share those figures. However, the company did say that less than 20% of its marketing budget is allocated to influencers. During the first 10 months of 2019, the company spent $228,000 on marketing, according to Kantar’s data, which doesn’t include social media spending. Over the course of 2018, RXBar spent $6.8 million on media, per Kantar.

Using influencers early on in a process to create new products is a smart strategy, according to Alexa Tonner, co-founder of influencer marketing shop Collectively. But relying fully on influencers for the promotion of the product could prove troublesome, said Tonner, adding, “When you work with influencers these days you’re at the whim of the algorithms.”

Sway Group founder and CEO Danielle Wiley agreed that without paid media the initiative could be difficult for influencers: “A lot of influencer marketing is higher up in the funnel. We have seen that it takes a very specific skill set to yield an immediate click to buy, or visit a grocery store.”

“A lot of work will go into each influencer’s promotion of these bars,” said Sway. “If, for some reason, their audience doesn’t buy, was there enough of a base pay incentive to have made that worthwhile? Additionally, the most effective influencers are those who have a good balance of sponsored and organic content. Participants in this initiative will need to be cautious of that, as there is a risk of alienating their audience if their feed is suddenly all RXBars all the time.”