‘You can’t control your story on Amazon’: Retailers sound off on their biggest challenges 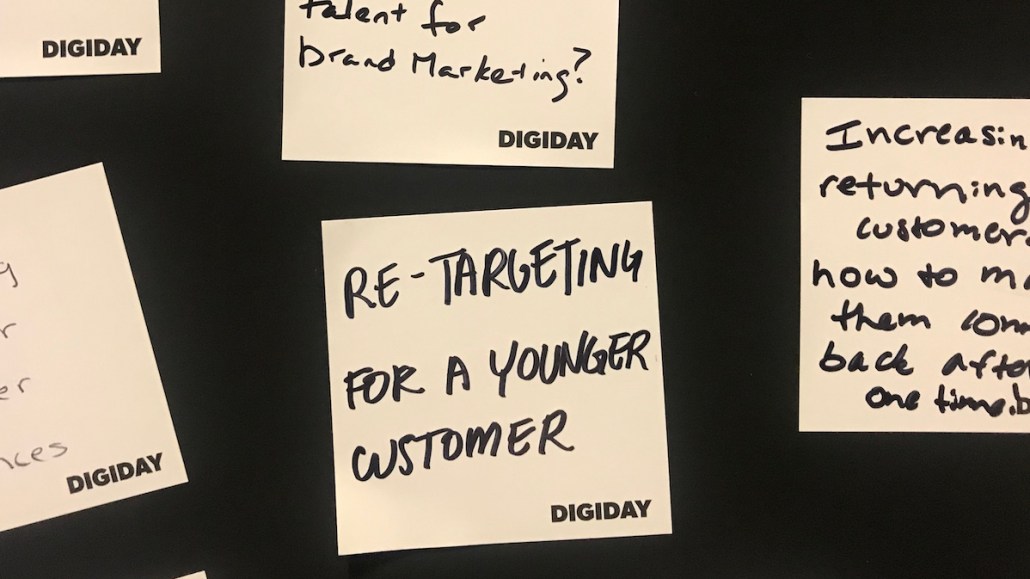 At Digiday’s Retail Forum in New York City on Thursday, more than 100 marketers gathered to hear from retailers like Rent the Runway, Away, Eloquii and Rothy’s that spoke on topics like competing with Amazon, controlling data and determining their return on investment when acquiring new customers.

During a town hall session, which operated under the Chatham House Rule, marketers debated their most pressing concerns. Here are the major takeaways:

Acquisition challenges
“With some retailers, it’s really difficult to get feedback on how your product is performing in-store. That’s why we have people in stores. We get permission from our retailers to go into certain stores, and we intercept people in the aisles. We pre-recruit employees to talk to them, go into their homes and talk through their whole routines. We’re looking at everything — even at their eyes from the moment they enter the store. We go deep with these people.”

Doing more work in-house
“I’m super excited to build out an in-house team, but we have to make sure whoever we hire is supported because they have a lot to execute.”

“It’s hard to find exactly who we need. I interviewed five people in one week.”

“The things we do in-house, we get very excited because they can be done on an ongoing basis.”

On getting the message right with consumers
“We’ve had to do damage control. There have been instances when the messages have been true to the company, but we missed on tone and the reaction was heated. We reached out in a very human way to say we understand where you’re coming from and then the next time around we changed our tone.”

On working with Amazon (or not)
“We have not been on Amazon because you can’t control your story, especially with a 100-year-old brand. That allowed us to revamp our e-commerce strategy. We knew that unless we invested in a new website, it wouldn’t warrant any spend to drive traffic there.”

“A lot of people outside the U.S. are not using Amazon. It’s a different market. If you’re headquartered in the U.S. but have offices in the U.K. or Asia, how do you scale that? They don’t have that global capability that you might expect from such a large company.”

“There are mixed feelings at the top whether we use it as a customer brand awareness platform. One thing is photography. To put a product on Amazon, we have to reshoot it specifically for them.”

“We’re not getting a lot of information from them on how we should launch on that platform, which makes it confusing.”