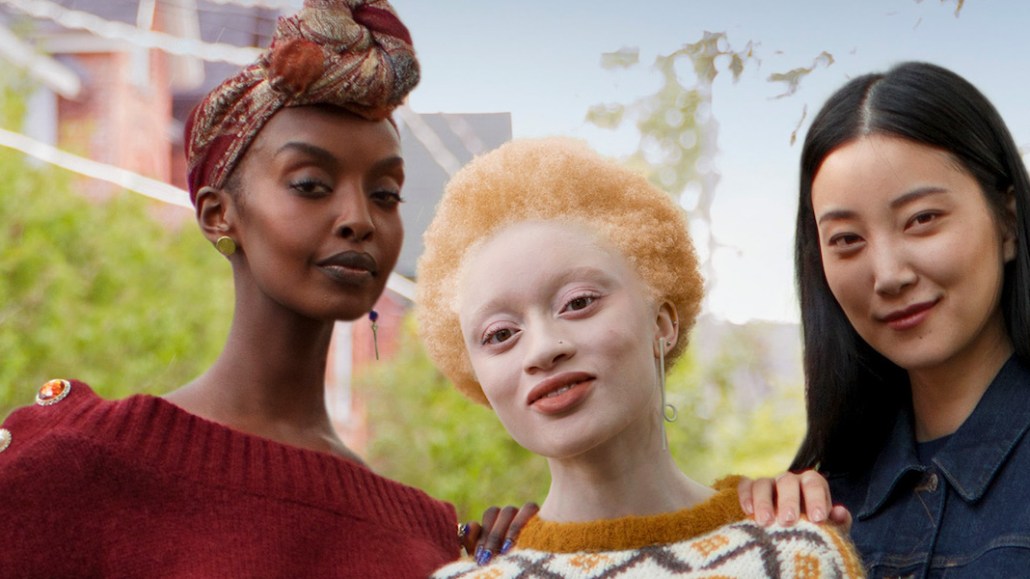 To win over the Canadian market, Nordstrom is borrowing from its U.S. playbook.

The Canadian campaign will encompass digital ads, TV, YouTube, out-of-home placements (including billboards and posters in transit shelters), social media, the local e-commerce site, Nordstrom.ca, and TV. Scott Meden, Nordstrom’s CMO, said the company recently upped its overall TV spend, but declined to specify the rate of increase. As in the U.S., Canadian Nordstrom stores have dedicated Instagram accounts, at the ready to run the ads: Vancouver’s @nordstromvan and Toronto’s @nordstomto have 40,000 and 18,000 followers, respectively, which speaks to Canadians’ excitement for the brand. To compare, @nordstromthegrove, in Nordstrom’s top market of LA, has just 12,000 followers. @nordstromsf has 6,000.

“True Nord” was inspired by “True North,” a phrase in the Canadian national anthem — ”Nord,” plucked from “Nordstrom,” means “north” in Canada’s co-official language of French. Lines including “strong and free,” “with glowing hearts” and “from far and wide,” also in the anthem, were worked into the commercial’s on-screen text and voice-over.

Meden said Nordstrom sees the featured Canadians as influencers — though they weren’t likely chosen for their social media follower count. They include Biko Beauttah, a transgender United Nations Goodwill Ambassador; Harjas Singh, a fashion stylist and consultant, who tags his posts with #sikhstyle; Mel Kobayashi, the 50-something founder of the Bag and a Beret fashion blog; and Yolanda May Largie, co-founder of The Canadian Curvies, a group celebrating body positivity. Each has between 1,200 to 35,000 Instagram followers.

Meden said size diversity was important to show as Nordstrom is dedicated to keeping it a key focus. Earlier this month, the department store exclusively launched Good American’s activewear collection, ranging from sizes XS to 4XL, celebrating with a buzzy rooftop workout with Khloe Kardashian at its Seattle headquarters.

Nordstrom set its sights on an international physical presence four years ago, opening its first full-line Nordstrom store in Calgary in late 2014 and five more across Canada within three years. Since, the company has been rolling out locations of its off-price chain, Nordstrom Rack, in Canada, launching three this in spring, with three more set for fall. By the end of 2018, in total, it will have 12 Canadian stores. (It launched international shipping in 2009.)

The local angle is not a departure for Nordstrom. In 2016, it launched its first brand campaign in 15 years — spearheaded by vp of creative projects Olivia Kim, it was reportedly meant to be “accessible, appealing and open,” and centered on “optimism, rebirth and energy.” Subsequent campaigns included fall 2017, featuring “real people who are doing great and extraordinary things,” and holiday 2016 and 2017, both titled “Love Nordstrom,” and focused on the relationship of Nordstrom shoppers with both the store and each other.

Among the Canadian brands featured in the campaign is jewelry label Poppy Finch, one of many direct-to-consumer brands Nordstrom has recently brought into the fold. Founder Amanda He said the company picked up her line during its Canadian expansion, allowing her to expand its wholesale presence, including to the U.S. — her sales are now evenly split between the U.S. and Canada.

Also featured is contemporary, vertically integrated menswear brand Wings and Horns, which moved from Japan to Vancouver in 2004. It calls Nordstrom its biggest wholesale partner, selling in 35 Nordstrom doors across the U.S. and Canada. Locally, it’s tapped into the retailer’s in-store events and has featured window installations at select stores.

Nordstrom’s isn’t the only retailer now building a name in Canada, thanks in part an influx of wealthy immigrants from China, said He. She said luxury brands including Van Cleef & Arpels and Saint Laurent have recently opened local standalone stores, as have mainstream retailers including Uniqlo and Muji. “We now have a lot of affluent shoppers who are brand conscious and want the freshest designs and brands,” she said.

The campaign is one step in Nordstrom’s drive to improve its Canadian business, where competitors include Holt Renfrew and Hudson’s Bay’s The Bay. Meden said Nordstrom.ca is not yet where it should be in terms of features and functionality. In the company’s latest earnings call, for the second quarter of financial 2018, executives called out problems getting merchandise across the border to Canada and a continued focus on working through the nuanced needs of its diverse stores, including improving merchandising in Canada. Executive vp and president of stores James F. Nordstrom said the three Nordstrom Rack locations that opened were delayed. The company doesn’t break out specific revenue figures for its Canadian business.

On the earnings call, Nordstrom reported an overall revenue boost of 7 percent over last year, including a 4 percent growth for both Nordstrom stores and Nordstrom Rack locations.

Off-price retail is booming in Canada. Along with Nordstrom Rack, Saks Off Fifth, Winners, HomeSense and Marshalls have recently opened Canadian stores.

“It’s a big off-price market,” said Meden, who confirmed that the company’s Canadian Rack stores are exceeding expectations. “There’s a lot of opportunity, and we’re moving in the right direction.”