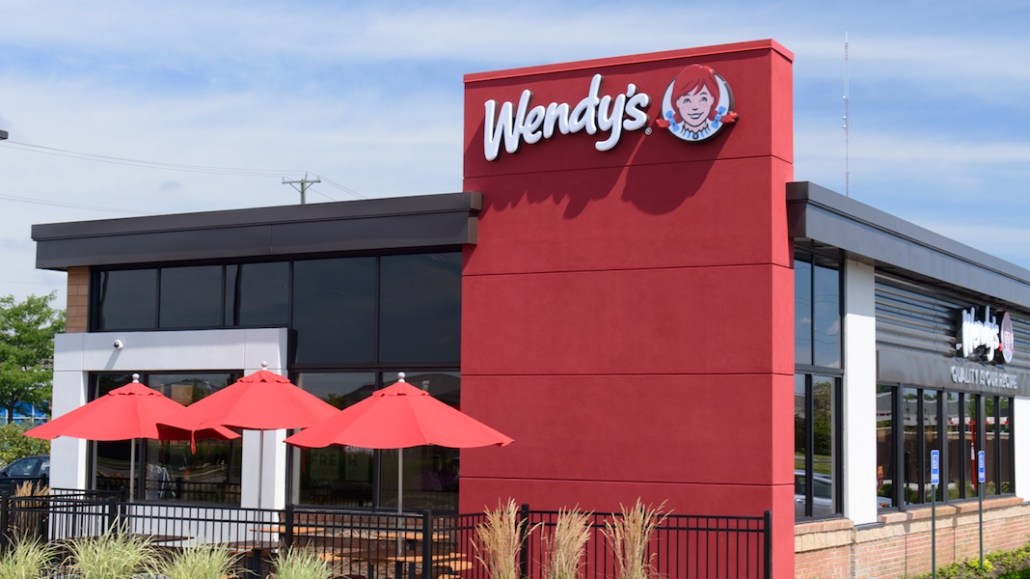 Wendy’s is making a play for e-commerce by growing its mobile ordering capabilities, placing digital ordering kiosks in its stores and re-organizing internally to bring digital transformation under a new unit called the “digital experience organization.”

The brand’s latest move lets Wendy’s stake out a competitive position among fast-food retailers rushing to cater to customers who are used to ordering consumer goods online.

The company’s CEO Todd Penegor said in an earnings call this week that it has 40 percent of its North American locations on a digital delivery platform, up from 25 percent in the first quarter of this year. The company is working with third-party app DoorDash to roll out digital delivery in the U.S; it has a similar tie-up with SkipTheDishes in Canada.

In some U.S. locations, customers can order from Wendy’s through DoorDash’s website and app, but Wendy’s said it plans to integrate DoorDash’s capabilities within the app and expand mobile delivery to additional U.S. locations later this year. Wendy’s, which reported $1.2 billion in revenue last year, is growing its digital interfaces through mobile ordering, rewards, and on-site digital ordering stations. Sixty percent of Wendy’s locations now have digital ordering kiosks.

“In a lot of ways it’s like an arms race [among fast-food retailers],” said Aaron Allen, CEO of restaurant consultancy Aaron Allen & Associates. “Part of what’s happening in food service is those companies that can make investments in technology are reaping gains and opening up the field to others who are investing more heavily.”

For fast-food retailers, digital delivery is a key to unlocking a new customer segment that’s used to make purchases from e-commerce retailers. Online orders also generate higher-ticket purchases; Penegor said average check sizes from delivery are one and a half to two times higher than those made at physical locations, and the company continues to see repeat business from it.

Digital delivery also offers a window into customer behavior and preferences — information companies can use to push targeted offers. The company confirmed it gets data from DoorDash, through which it can identify “control stores” and can run tests. Wendy’s, however, did not comment on the types of information DoorDash shares with it. Through integration with merchants’ point-of-sale systems, DoorDash has partnerships with many known quick-service food brands including Chipotle, the Cheesecake Factory and  Chick-Fil-A.

“A number of delivery companies are trying to understand what metrics restaurants are most interested in,” Allen said. “There’s a bit of a flux happening; the writing is on the wall that improved analytics and data will result in greater efficiency, speed, order accuracy, competitive differentiation and advantage.”

It’s still early in the game for retailers that want to optimize the use of data, but data gives them an edge as they try to prepare themselves for Amazon’s further encroachment into food services, he added.

While Wendy’s is using a third party to manage its online and mobile delivery operations, Domino’s, a first mover in point of sale platforms, developed its technology in-house, which includes abilities to learn about customers. The challenge with relying on third parties, said Allen, is that the delivery company owns the customer data, and companies need to negotiate access. Still, some argue outsourcing to third-party delivery companies lets food-service providers focus on their core areas of business.

“Quick-service restaurants save money by decreasing delivery fleets and [partnerships] allow them to focus on what they do best,” said Parker Morse, CEO of digital marketing company H Code. “These partnerships protect them against competitors by allowing them the flexibility to respond in real time in a mobile-first world.”