Mizzen and Main’s Kevin Lavelle: The DTC space will see ‘a lot of carnage’ 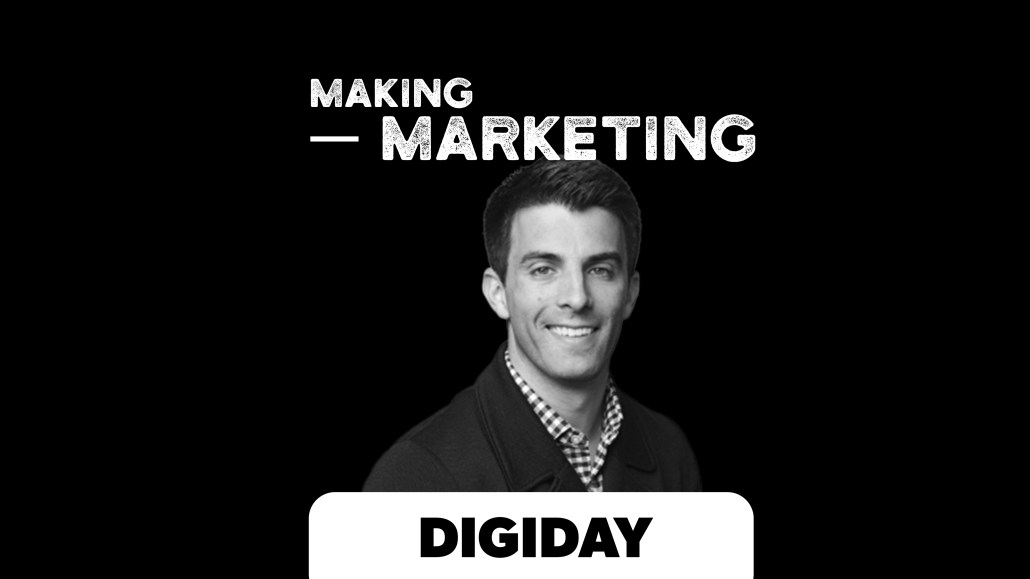 News of a potential IPO at Casper and Glossier’s entry into the unicorn club means there is no lack of success stories in the direct-to-consumer markets. But it’s not all rainbows: While there are successes, there are also questions being asked of how long the industry can sustain itself. With a plethora of new brands launched every day, built on VC money with tall growth targets, it’s fair to ask if a shakeout is coming. Kevin Lavelle, founder and CEO of Mizzen and Main, a brand that sells men’s performance wear dress shirts, thinks it’s on the cards: “There’s too much money in [the DTC brands space] and there’s going to be a lot of carnage.”

The founder of the seven-year-old company hopes to differentiate his brand through stores, TV ads — and sustainable growth.

“Every brand that claims to be online-only will either peter out or they’ll need to differentiate,” said Lavelle on this week’s Making Marketing podcast. “We see our stores as a great brand builder, and they’re profitable. We don’t spend $200,000 on building an elaborate setup and store experience. We look strategically on demographics and locations and zip codes. But we also look at leases. I’m not ready to sign a five-year lease when my business is turning seven this year. Once you have a store, the level of credibility is so significant. Instagram has become the online QVC. There’s a new brand and product every minute. If someone hears about Mizzen for the first time as one of these random new brands, the stores, being in Nordstrom, having partnerships give us that credibility and authenticity that money cannot buy.”

Lavelle talks about building a brand, advertising on platforms versus TV and what’s in the future of the DTC space. Edited highlights below.

Launching online is the easiest way to start.
“I ensured that the brand was a part of our launch, but then you need to go build it. No name, logo or icon means anything until you make it mean something. It’s the living, breathing entity that survives every day or eventually dies. We launched online. Part of it came out of naivety, part of it was just wondering if people will buy it. It is the perfect way to start. Just sell online, you don’t have to sign any leases, you don’t have to put any infrastructure in place, just put the website up. With Shopify, which had become pretty popular by 2012, it’s so easy to open a store. You don’t have to do payment processors, integrations or shopping carts.”

The VC investment model doesn’t work for all brands.
“I’ve spoken with a couple VC firms. We had positive feedback, but one VC said she couldn’t see how we could [make] 10 times our revenue over the next 12-18 months, so they’re not interested. And it stuck with me. She was absolutely right. There’s no way we could do that. We had to buy the inventory to hit that. For 10 times the revenue, we had to take a bet on inventory. That is so astronomical that it just wasn’t going to happen. She was right. It’s also okay. About two years ago, we raised money from a private equity firm, L Catterton, which has much more realistic expectations of building a valuable brand over time. I know of a lot of founders who ended up losing control of their company because they were chasing wild growth [due to VC pressure]. As long as it goes well, you’re on top of the world but as soon as something slows down or algorithm changes, there’s no patience and that’s a bad place to be.”

Advertising on platforms is easier than advertising on TV.
“The way that most people measure TV is they spend a fortune on the ads and on tracking and they play games. They run it for two weeks, then don’t run it for five and then run again for two weeks. Then you get the data for [that] time. I don’t have the ability to do so. It’s a learning process but it’s not anywhere as simple as spending $10,000 on this set of ads on Facebook, and I get ‘x number of clicks’ and I know how much revenue I got.”