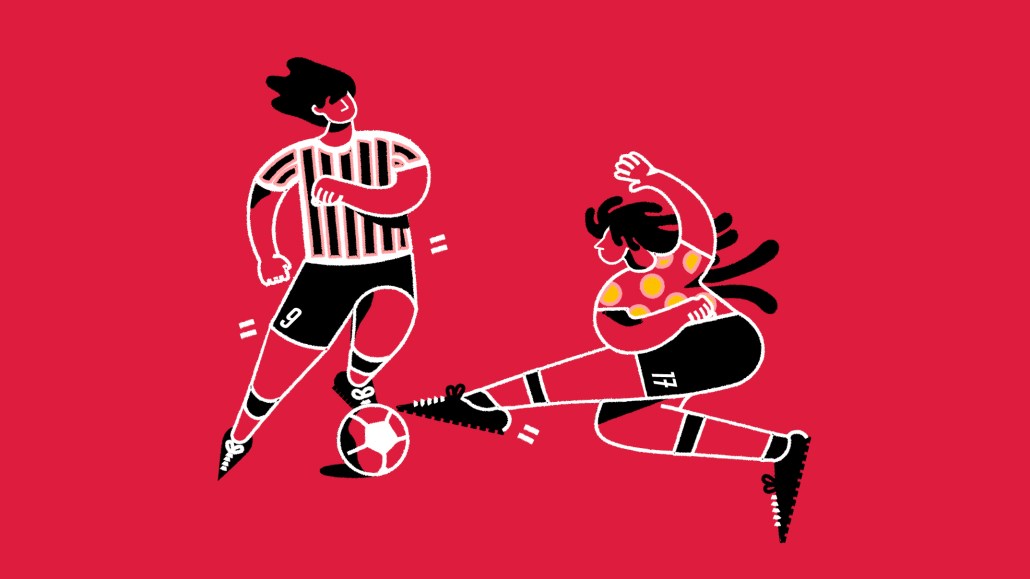 It’s easy to see the appeal of the World Cup for marketers: It’s the rare sporting event where you can easily reach audiences across the globe. It’s been an obvious choice for marketers but one that’s been more and more complicated in recent years, especially this one in Qatar.

That this year’s World Cup has indeed had issues associated with human rights and labor issues, LGBTQ+ acceptance and support and miscues and poor communication with sponsors including Budweiser among others. That’s kept some cautious marketers away from the games altogether.

For the brands who did sponsor the games, doing so has already caused problems. For example, Budweiser had to sort out where all the likely thousands of cases of beer judging from the brand’s tweet that it had slated for the games – it will give beer to the winners – would go after Qatar abruptly changed course on in-stadium alcohol sales. As these issues continue to come to the fore during the World Cup, which will run until December 18th, some marketers and agency execs expect that for the marketers who are advertising or sponsoring the World Cup messaging will become even trickier in the final rounds of play.

“This will be a flashpoint for brands, to be honest,” said Karl Keating, brand and creative strategy lead at creative shop Hijinx, adding that in recent years consumers have expected more from brands when it comes to standing for various causes. “Coming out of Qatar, there will be a serious conversation around the role brands have to play and holding feet to fire around these big events. Gen Z and Gen Alpha want brands on the forefront of doing good.”

Paige Raiczyk, a strategist at creative shop Berlin Cameron, echoed that sentiment noting that some brands have been wary of being closely associated with this year’s World Cup. Raiczyk further explained that when it comes to Budweiser’s whiplash in being able to sell beer at the stadium the “mixed messaging is contributing to cognitive dissonance.”

“[We’re early on] in the tournament and we’ve had several issues already,” noted Keating. “If that takes away from brands and partners who’ve paid an arm and a leg [that could be a problem.]

Even with these issues, some marketers and agency execs believe that passing on a global event with the ability to reach many across the globe at once is unlikely and that the World Cup will continue to be a big draw for sponsors. “It’s a uniting event,” said Raiczyk. “People get behind their teams.”

That said, some expect that marketers will want more assurances from FiFA that the World Cup will be more hosted in more brand safe locales going forward.

Our marketing strategies are more about driving quality experiences with our brand, and not necessarily the large traditional mass marketing that you see from some of the other bigger tequila competitors. From a marketing perspective, you won’t see, from us, big advertising. You won’t see, from us, big billboards, TV and that kind of stuff. What we do is smaller, more elevated events and experiences: tastings. We’re allowed to drive the education behind our brand in a more thoughtful way than the big brands out there.

It’s a myriad of things. We’ll show up at events that we think are like minded. So different dinners, tasting events, corporate events and things like that where Volcan can shine and people understand what they’re drinking. Then we’ll also do branded events that are owned by us. For instance, we did a beautiful event out in San Diego a couple of weeks ago leaning into the surf community in San Diego.

It’s predominantly organic. From a media mix perspective, we do put some strategic dollars behind paid social and search. Being that we’re a new brand, being that we’re boutique, we want our customers, obviously, to be able to find us on search. We also want them to be able to see us on Instagram. So we do have some paid advertising on social, but nothing larger than that at this point. — Kimeko McCoy

“TikTok saw such momentous growth through Covid, and the pandemic and continues to show that not only does it do really great brand awareness work, but it also does really great performance work for DTC.”

— Jacinta Faul, managing director at Gravity Road, on why brands are leaning into and mandating using TikTok