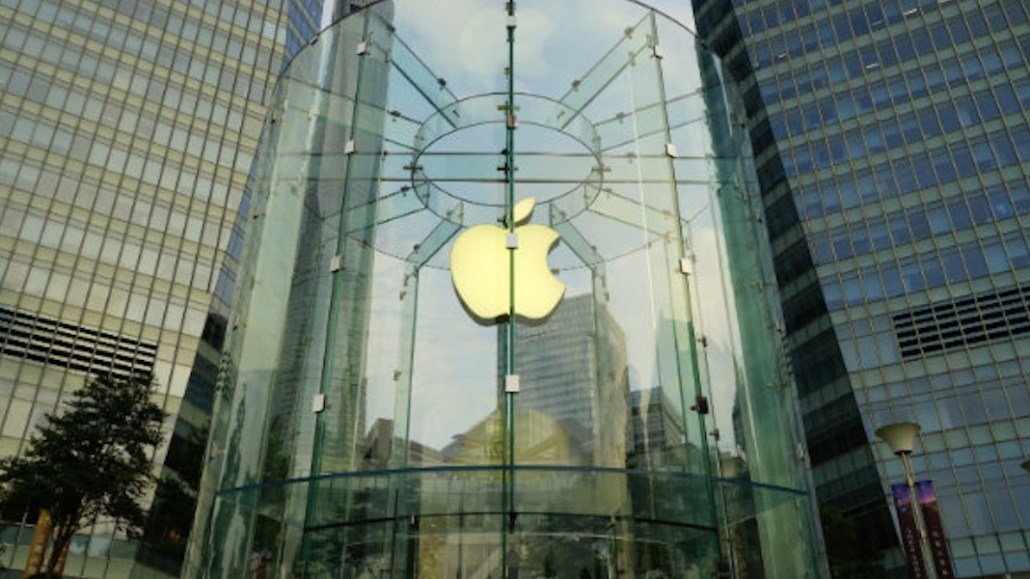 As the Instagram-Snapchat battle continues to rage, a third competitor is creeping up into the space: Clips, Apple’s creative camera app.

Clips, launched three weeks ago, lets users shoot and edit social videos by combining video clips, photos, and music and then share them seamlessly on all social networks as well as iMessage. Users can also overlay filters, titles and stickers. Sounds familiar? That’s because practically every feature already exists on other platforms. For instance: filters on Snapchat and the emoji and text overlays on both Instagram and Snapchat.

Expect brands to jump on the bandwagon soon to create social videos, say agency execs. The app has several features that could prove to be attractive to brands, including that it lets users create animated captions by using just their voice. Clips has been downloaded a million times and has several hashtags dedicated to it on visual platforms like Instagram.

“What we’re witnessing is a micro-moment in a long transition where Apple moves from hardware to software,” said Ben Kunz, svp of marketing and content at Mediassociates. “While it has historically sucked at software, Apple realizes that if iPhones become commoditized and it doesn’t improve, its business will implode.”

Clips is Apple’s most recent move in its biggest play yet to grab people away from competing social and messaging apps, something it started doing last year. Last September, Apple squarely set its sights on owning the messaging space, rolling out the biggest overhaul of its mobile operating system to date with the launch of iOS 10. It introduced a slew of new features in messages, including stickers, fonts and a dedicated app store.

“Apple has always owned a huge audience via iMessages but has never enhanced the experience enough or made an emotional play for their audience’s attention,” said Tom Buontempo, president at Attention, KBS’s social media arm. “But this points at an attempt to garner more time and attention from their audience versus other platforms.”

Since then, it has continually attracted new brands as well as old ones, who have been using it as yet another distribution and revenue channel, especially when it comes to branded stickers. Brands including Disney, Starbucks, the New England Patriots and Garfield have all launched branded sticker packs on the iMessage app store.

“Apple is a growing competitor of Facebook and is becoming a very important platform for brands and advertisers,” said Robert Ferrari, CEO at Bare Tree Media, a company that creates branded stickers. “Apple has a competitive advantage over Facebook, given that Facebook seems to focus more on stickers from independent creators and entertainment companies. In comparison, Apple is more brand-friendly.”

Apple is also flexing its marketing muscle to tout stickers, with its latest ad featuring the products debuting just last week. It features a range of diverse millennials running around town, slapping animated iMessage stickers on others — almost a desperate attempt in which Apple seems to be trying to show that it can be fun and rebellious too.

“From a competitive standpoint, Facebook, Instagram and Snapchat currently act as both a video camera and messaging app, and Apple still has these apps separated,”said Sherwin Su, associate director of social at Essence. “In order for Apple to compete, they need to integrate Clips functionality into iMessage, and potentially even FaceTime, and recognize how social platforms have optimized video content, design and consumption and for the mobile feed.”