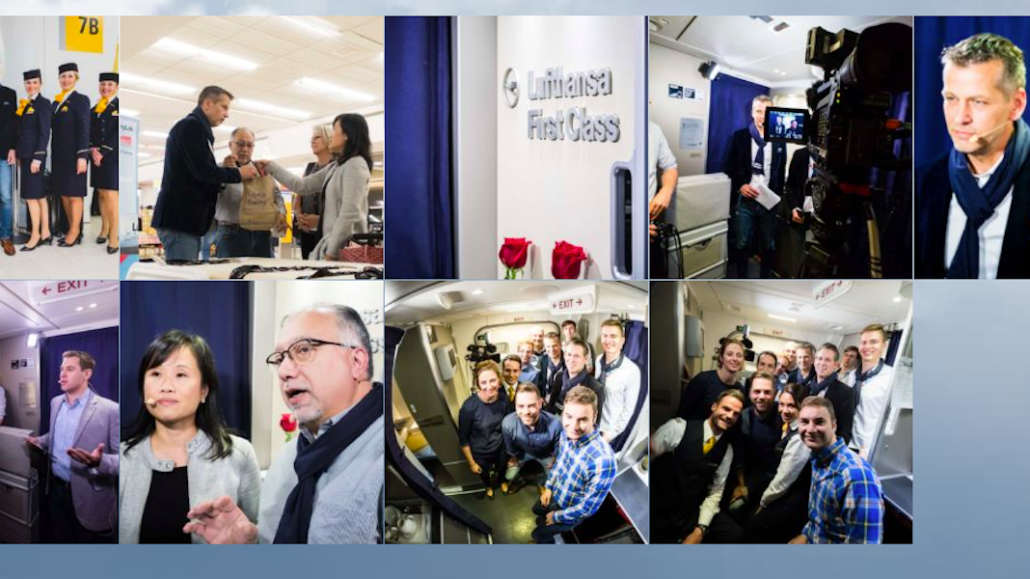 Lufthansa believes that being stuck on a transatlantic flight can involve more than just eating, drinking and watching movies. Through a year-old program called FlyingLab, the German airline is hosting digital-focused events from 30,000 feet.

FlyingLab is offered to flyers as a free add-on, so the airline doesn’t make money from the program. But many passengers have booked with Lufthansa because they heard FlyingLab would offer in-flight experiences related to conferences they were attending, said Torsten Wingenter, the airline’s head of digital innovations.

FlyingLab has hosted six events since July 2016, according to Wingenter. Aside from tapping into interest in cultural events like Dmexco and New York Fashion Week, FlyingLab also organized in-flight workshops to demonstrate new technologies like virtual reality and bots. Those events typically occur on international flights and feature speakers who are prominent in their fields, he said.

“Lots of in-flight experiences are limited to eating or drinking, but we want to make them more fun and interactive,” he said. “Our CEO really pushes for digitalization. I think FlyingLab is a way for us to make digitalization tangible for our guests.”

Wingenter said the idea of FlyingLab was born around two years ago, but it didn’t come to fruition until July 2016 when Lufthansa started flying from Frankfurt to San Jose, California, the home of Silicon Valley. “We were hesitant at the very beginning because in-flight conferences sounded a little crazy,” he said. Lufthansa uses its company social accounts to promote the program.

For safety reasons, Lufthansa doesn’t reconfigure its plans for the events. For instance, FlyingLab passengers sit facing forward on the plane, like regular passengers. “When technical problems with aircraft happen, we want to be able to take another plane instead of sticking to the one specifically designed for FlyingLab,” Wingenter said. “An aircraft mechanical problem could take at least three hours to get fixed.”