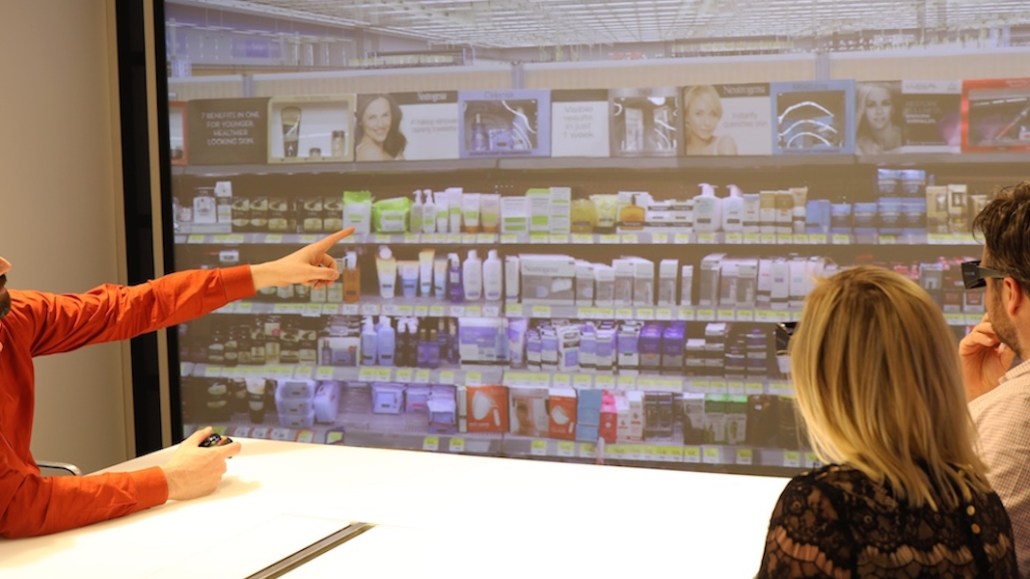 It looks like a typical conference room. But the L’Oréal Beauty Lab, as it’s referred to internally, is stacked with virtual reality glasses and installed with a VR screen that occupies a full floor-to-ceiling space on the wall. Two other screens in the room are used to display 3D modeling demonstrations.

L’Oréal invested a pretty penny in this buzzy technology, but not to woo customers into thinking it’s cutting edge. (The company wouldn’t disclose how much it spent on the screen, but it was enough for visitors to be warned not to get too near the wall.)

While VR has been prophesied by bullish vendors and big-eyed brands as the next frontier of fashion and beauty, true utility for the technology has failed to materialize on the grand scale. Past attempts include a virtualized runway show at Tommy Hilfiger’s Manhattan store, which involved a clunky headset, and a Piaget-run polo match that felt like a stretch. In beauty, brands are developing augmented reality tools, VR’s close relative, at a breakneck speed to mimic the process of trying on makeup.

But it’s still yet to be shown that this technology can have a real impact on sales. Many brands don’t even know what to do with the data that results from a VR test, and the industry is full of skeptics.

“I’m not a big believer in virtual reality as it relates to retail,” said Scott Friend, a managing director at Bain Capital Ventures, in a previous interview. “Maybe it has a place in an industry like gaming, but having seen the best retail VR experience out there, I walked away from it thinking, ‘Why would I ever do this?’”

In order to drive real use from its in-house VR Beauty Lab, L’Oréal is turning the technology away from consumers, and focusing it instead on internal teams.

The company’s 42 cosmetics, hair-care and skin-care brands are encouraged to use the virtual reality room in order to drive efficiency and productivity when making decisions around product merchandising, packaging and overall branding. These processes — which can take months, from brainstorm to launch — can be turned around in a matter of weeks in the Beauty Lab. Thanks to the visuals of the virtual reality and 3D renderings, brands can save money and time on creating prototypes and recreating in-store demos.

Dermablend, a dermatologist-created brand of foundations and concealers, is the first L’Oréal property to test the ways the virtual reality room could change how its lean team of 14 people makes decisions. Malena Higuera, the general manager of Dermablend, said she knew that she wanted the brand to make “a strategic and aggressive leap forward” in 2017, but the extensive market research required for a total rebranding and package redesign would take too long and cost too much money.

“This type of thing takes very complicated, cumbersome and expensive live merchandise demonstrations,” said Higuera. “But I really wanted my team to be exposed to as much real, potential feedback as we could get.”

So Dermablend sent its proposed new packaging design and the rebranding for an in-store display unit to the Beauty Lab, where the packages were rendered using 3D modeling and the unit, in the context of a virtual Ulta store, was overlaid in the VR world. Dermablend brought in a focus group, and had them respond to the different branding and packaging. They found that the new unit was clear enough in its messaging that customers new to the brand could repeat back its core differentiator (that it’s made by dermatologists) and, thanks to a more diverse group of models, recognize a greater range of makeup shades.

The process of rebranding its Ulta unit took three months. Without the VR demonstration, Higuera said it likely would have taken closer to eight.

She added that, as a small, indie brand, it was a big deal to be able to take advantage of L’Oréal’s resources while staying a tight and focused team. As big beauty companies like L’Oréal, Revlon and Estée Lauder set their sights on buying up indie brands that have gathered mighty followings, maintaining the brand’s initial appeal is key to not getting swallowed up whole.

L’Oréal brands are also working together more. Elsewhere in the new headquarters, which houses 1,600 employees across all brands at the Manhattan Hudson Yards development, is a collaboration-encouraging environment. Brands with similar goals and features can cross-communicate in the space,  which was designed by the architecture firm Gensler, in an attempt to remove silos.

Still, since the Beauty Lab opened in October, Dermablend is the only brand that has taken full advantage of its features. That suggests there’s a learning curve involved with working VR into internal processes. But as the beauty world gets increasingly competitive, moving at a faster clip is essential.

“We’re undergoing a renaissance of sorts. Every time we need to see something in real life, we come here,” said Higuera. “Speed is important. But it’s about doing the right thing, fast.”