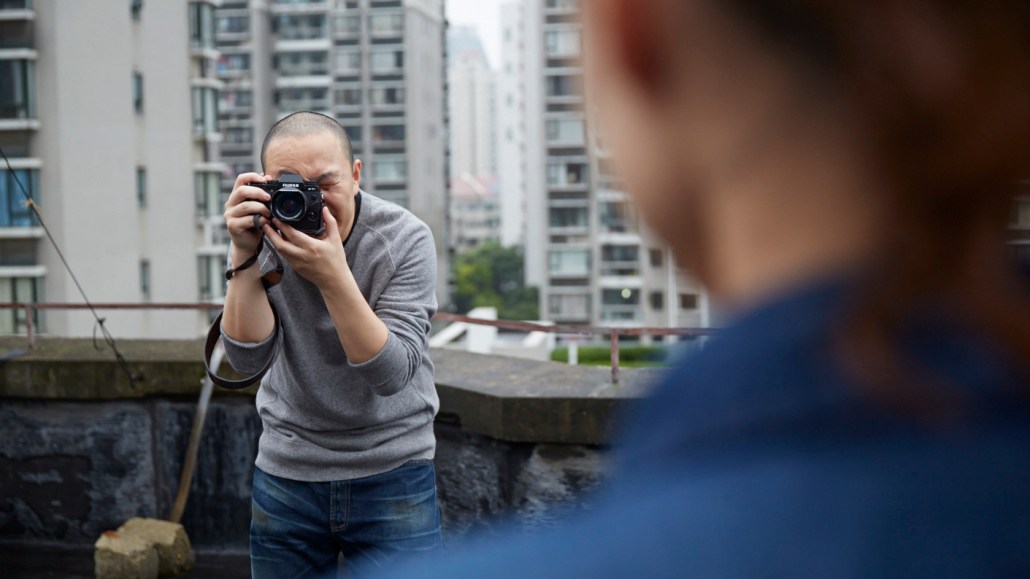 The company, with an assist from AKQA, has launched the Live In Levi’s Project digital site levi.com/liveinlevis to  tell the stories of its billion plus jean wearers around the world. The site documents the lives of young creative professionals from around the world, kitted out in Levi’s gear, talking about their experiences and how they “live in Levi’s”. The films include hipster icon Alexis Krauss, front woman of Sleigh Bells, as well as a barber, music teacher, web developer, fashion designer and other creatives from the metropolitan cities of New York, London, Paris, Tokyo and Shanghai.

At the heart of the landing page is an interactive shoppable video, which allows viewers to browse the clothes the stars are wearing and buy the item in store. Prompts to purchase are subtly woven into the site’s contents in a way which doesn’t spoil the fun. If you were to stumble upon the site, you’re not likely to be distracted by a garish shopping cart symbol and suddenly wake up and realize you’re on an ecommerce site.

Photos posted to the #LiveInLevis hashtag across social networks feature as part of the site. Infinite scroll functionality also makes it easy for visitors to mindlessly scroll through and enjoy a collection of videos, Instagram snaps and motivational slogans. Subtle design choices, like tapping an image to reveal the item’s name and link to the shop, show the site has been well thought out for mobile and desktop visitors. 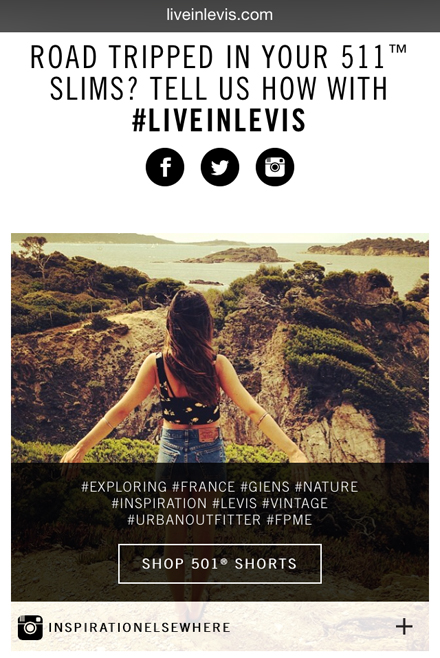 Its choice of young, upbeat, metropolitan subjects to document marks change in tone for the brand. While it might alienate some, it’s a change in direction from its previously moody ad campaigns which could have had a similar effect on a different crowd. The Economist describes the company’s repositioning effort as “a move away from rust-belt edginess towards a cheerier mainsteam”, noting the company’s decline in revenues since the arrival of low cost fashion outlets.

Participation is a double-edged sword, of course. One of the campaign’s launch concerts caused a minor PR disaster after the company enforced a strict dress code of Levi’s jeans only, resulting in some being turned away at the entrance. Angry tweets ensued, and one might argue the move is at odds with its campaign’s goals of authentic self expression. In contrast though, its digital destination leaves a sweeter taste in the mouth.