The last empire: Inside Dentsu’s looming presence in Japan 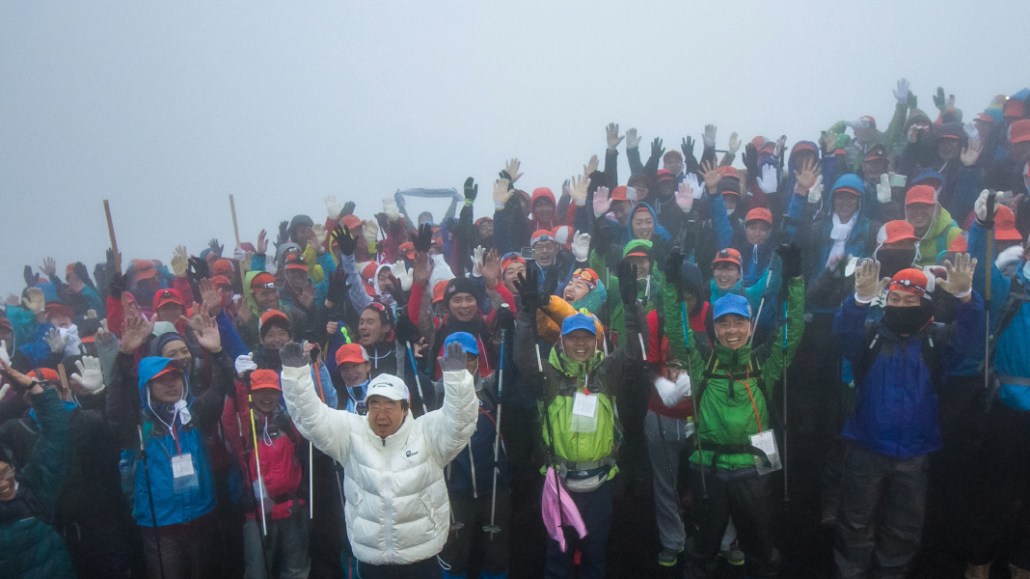 Foreigners visiting Dentsu for the first time are in for a shock. The agency group’s headquarters in Tokyo are massive, occupying a central role in the Shiodome district. Visitors are treated to the full Dentsu experience, taken to a VIP elevator that will whisk them up 48 stories to the top floor, where Dentsu’s top execs enjoy spectacular views of Tokyo. Down below, 6,700 staffers toil away. Dentsu is not just an agency in Japan; it is an iconic corporate name alongside Sony, Toyota and Toshiba.

“It’s a fascinating place,” says a Western executive who has been to the agency’s headquarters. (Like many of the agency and media executives we spoke with, he asked that we not use his name for fear it would hurt his business relationship with Dentsu.) “It’s a strong operation in Japan and it has a unique position in that market, probably unlike any agency in any other market in the world.”

Dentsu represents 21 percent of the roughly $42 billion advertising market in Japan, followed by Hakuhodo (12 percent) and ADK (5 percent), according to 2016 stats from Japanese trade magazine Kigyou to Koukoku.

The holding group has unusual reach: It has close connections with everyone from Japanese government officials to celebrities, major TV networks and publishers, and is connected with or owns an array of companies that operate within or around the advertising industry. And crucially, it at times acts on the sell side.

It also has “soft control” over mainstream commercial media across TV, radio, magazines and newspapers, according to several Western and Japanese agency executives. For instance, “World Business Satellite” is a popular Japanese TV show with a waitlist for media buyers, and Dentsu owns the selling rights to the program’s commercial breaks, according to one of the executives.

TV, which still commands the majority of advertising budgets in Japan, is a celebrity factory that creates the country’s biggest celebrities, as James Hollow, president of MullenLowe Profero Japan, explains it. When a brand advertises on TV, that deal is brokered by one of the major ad agencies. The agency typically will encourage the brand to use a TV celebrity in their commercial, and brands tend to like having celebrities in their ads as well. Talent agencies don’t want to limit themselves to just one or two ad agencies, but their business depends on ad agencies. The ad agencies, on the other hand, do have close alignments with TV stations, which involves share-ownership and exclusive media selling rights. So ad agencies will try to sell media on their aligned TV stations first, and then trade with other agencies for access to media on competing stations. By sitting in the middle and brokering between brands, TV stations and talent agencies, ad agencies are able to exert a lot of control, selling the best media slots and the most popular celebrities to the brands with the biggest budgets. For ad agencies, this model is a lot easier to control and maintain than the creativity-based models in other markets, Hollow says.

“Dentsu’s biggest strength is its access to top-tier Japanese stars,” says Hollow. “The agency makes piles of money by being the middleman who brings together brands that have media budgets and TV networks that create celebrities.”

And unlike in the U.S., Dentsu can manage competing accounts in the same category. That’s because the ad culture in Japan is based not on the competition for creative ideas, but on the competition between brands when it comes to media and talent budgets, according to Hollow.

“The genius of Dentsu’s business model is essentially auctioning off the access to media and talent to the highest bidder,” he says. “It’s a lot easier and scalable than pulling together diverse skill sets to collaborate on coming up with innovative ideas all the time.”

Dentsu also has an advantage when it comes to Western agencies buying media in Japan. Because Dentsu has such vast media-buying powers, many non-Japanese agencies have set up joint ventures with local media agencies in Japan owned by Dentsu. However, because of Dentsu’s local clout, Western agencies may lose out to Dentsu if it has a client that wants the same buy.

Another example of Dentsu’s soft control over media is the dominance of Yahoo Japan, which is the default search engine and online homepage in the country and is majority-owned by Japanese telecommunications conglomerate SoftBank. “There are companies set up to access its inventory, many of which are owned by Dentsu,” one Western agency exec says.

As powerful as Dentsu is, last year was nerve-racking for the holding group. In September 2016, it admitted its Japanese subsidiary, DA search & link, had overcharged Toyota in Japan for at least a five-year period. Then in December, Dentsu’s then-president and CEO Tadashi Ishii stepped down after a young employee committed suicide, ostensibly due to overwork.

The Toyota scandal may not be specific to Dentsu, as it’s an unwritten rule that big Japanese agencies never show clients invoices from media companies, according to a Japanese publishing executive who asked not to be named. A Dentsu spokesperson says that regarding the Toyota overbilling scandal, the holding group “has initiated a number of measures to prevent any recurrences.”

The suicide, on the other hand, seems to have the company rethinking its competitive internal culture. This includes the implementation of an office lights-out policy from 10 p.m. to 5 a.m. “On the day when Dentsu shortened its work hours, people in my office who worked for a Dentsu-owned company came to me saying, ‘We cannot work after 10 p.m. anymore,’” says a Western agency executive who asked not to be named.

“Dentsu is not an evil empire that is abusing its power,” this executive adds. “It is just trying to be a successful agency.”

Programmatic is still nascent in Japan. But one of the things that truly scares Dentsu, according to Hollow, is the success of the likes of Google and Facebook, which sell inventory directly. “Those companies disrupt the Japanese ad market by offering biddable media and giving everyone equal access to the same inventory, which is [the] antithesis of Dentsu’s business model,” he says.

Of course, it’s not out of the game. Last July, the company created Dentsu Digital in Japan to develop and implement the group’s digital marketing initiatives. In another point of comparison with many Western agencies, Dentsu Digital is a separate entity under the Dentsu Japan umbrella as opposed to an integrated unit.

“You can argue that Dentsu is misunderstanding the market, but it’s making its own rules,” Hollow says. He thinks that because Dentsu’s TV business remains very profitable, there’s no significant motivation for the company to change its core way of thinking and become more digitally balanced.

“Dentsu has less control over digital,” says Hollow. “And the shift to digital is a long-term threat.”