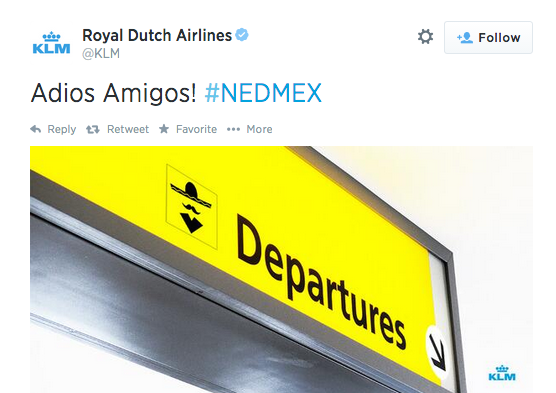 Dutch airline KLM might have been going for its Oreo moment during the World Cup and instead pulled a Justine Sacco. After The Netherlands defeated Mexico 2-1 in the World Cup, KLM’s Twitter account sent a clearly pre-planned tweet that celebrates the victory by completely trolling Mexican fans, also known as potential customers for the international airline. 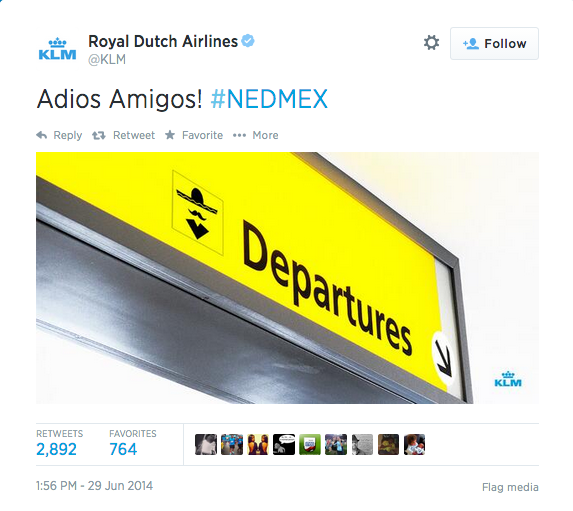 As many have pointed out, the problems of the tweet are many. For one, the timing was perhaps too soon after a brutal loss for Mexico on a disputed penalty that gave the Dutch a penalty kick for the go-ahead goal in the final moments of the game. For another, the mustache and sombrero imagery in the photo raised more than a few eyebrows as it’s not the most progressive of ethnic stereotypes. Many were not amused by the attempt at cheeky humor, including actor Gael Garcia Bernal.

KLM apparently realized the error of its ways, as the tweet was deleted from its account. The airline has chosen not to apologize yet, although if the many previous similar brand social media screwups are any guide, that is probably coming in fairly short order.

@iKtz It has not been our intent to hurt anyone's feelings with this tweet, Katia. That's why we removed it.

The rush to real-time marketing has caused more of these embarrassments for brands. For some it’s the price to pay for “agile marketing.” The problem in this case, and others, is while the delivery of the message was in reaction to a real-time event, it’s hard to believe that the creative wasn’t pre-planned. In that case, this tweet likely went through approvals rather than be the fault of some out-of-control community  manager.

For its part, Aeroméxico came back with a devastatingly classy counter. Well struck, amigos.