The Khaite guide to launching the next great American sportswear brand 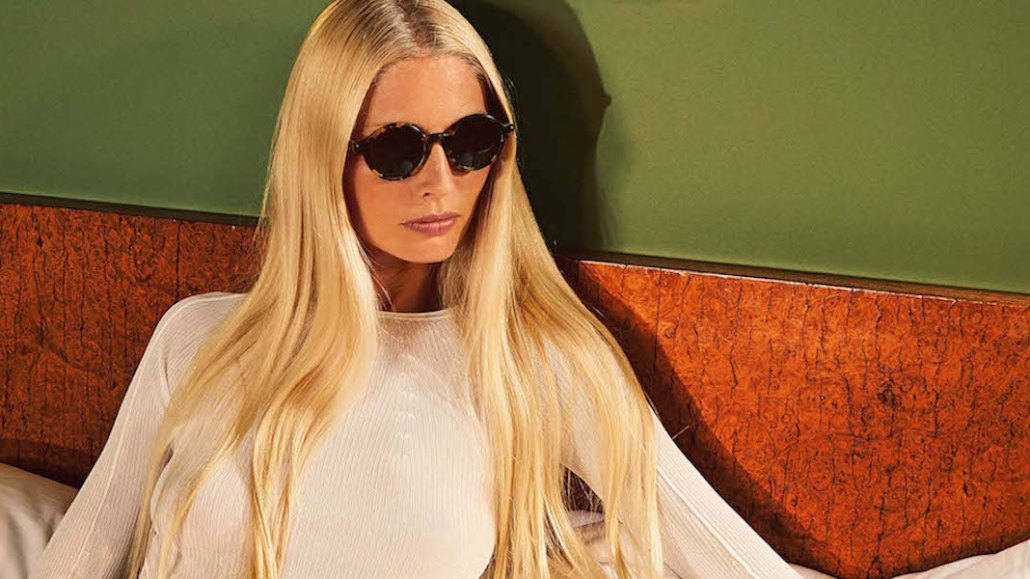 Getting a fashion brand off the ground isn’t easy.

For emerging designers, department stores are no longer holding up their end of the bargain, and current marketing expectations (read: a steady stream of social media content) are a constant stressor. Of course, there’s venture funding to alleviate modern growing pains, but it typically leads to becoming a slave to fast-paced growth.

Catherine Holstein, designer of Khaite, was well-versed in all that comes with launching a brand — and had decided to make a go of it anyway — when she met Vanessa Traina, executive creative director of holding company Assembled Brands. At the time, Holstein had a business plan in place and her first round of samples made, and was set to seek out funding. Within days, Traina and Assembled Brands’ CEO and chairman Adam Pritzker convinced her to do otherwise.

“As we all spoke, it felt like we had the same ideas and the same values around what we were trying to create,” Holstein said on a call, mid-fittings for her pre-fall collection. “I was just so pleased they wanted to meet and honored they wanted to partner.”

She was familiar with the other brands under Assembled Brands’ umbrella at the time, including curated lifestyle store The Line and “beautiful” Protagonist, a line of modernized classics designed by Calvin Klein alum Georgia Lazzaro. Now in its fourth year, Assembled Brand “powers” seven brands by managing key back-end functions like finance and accounting.

“We identify giant gaps in the industry, and then we fill them with services,” said Pritzker, joining Holstein on the call. “The idea is that, collectively, we can lower our costs increase our distribution and, most importantly, build enduring brands that have a precise and bold aesthetic.”

It makes sense that Khaite was an immediate draw for “AB.” Holstein was also filling a hole in the market: American sportswear made for “today’s woman,” on a full scale. (“A lot of people are focused on just one category,” she said.) The end result is made up of knit bodysuits, trench coat–inspired dresses and a handful of denim styles that have earned a cult following. As of June 2017, 4,000 pairs had been sold.

Now 18 months in, and three seasons into its wholesale business, Khaite has racked up a number of milestones: It’s now sold in 60 doors, including MatchesFashion, Net-a-Porter and Lane Crawford, as well as The Line, where it launched a shop-in-shop on Labor Day that has seen “a healthy business,” according to Holstein. It was worn by Anja Rubik for the cover of the latest issue of Self Service (“the Holy Grail”), plus has been spotted on celebrities from Selena Gomez to French “it” girl Caroline de Maigret. (The brand doesn’t reveal sales numbers.)

Recently, Khaite’s denim was H&M just knocked off one of the denim styles — which took a year to perfect, according to Holstein — down to the hardware. Pritzker views it as another win: “We are a group of companies that prizes innovation and pushing things forward, and if we do our jobs, people will follow,” he said.

In short, it’s been an eventful ride, and it’s a testament to the “lofty goals” Holstein and Pritzker have put in place. While some scenarios could never have been forecasted — like earning great demand before styles went on sale, thanks to a few interest-fueling Instagram posts — many had been considered in the team’s regular planning sessions that hit on best- and worst-case scenarios.

“I think of Cate and I as ducks,” said Prittzker. “It might look like we’re gliding smoothly across the surface, but if you look underneath the water, you’ll see we’re working really hard to make this happen.”

A look from the Khaite spring 2018 collection

While Khaite is new, Holstein is no stranger to the fashion industry: At age 21, while still in Parsons, she launched a namesake label when a Barneys buyer placed an order on a collection that was essentially a school project. She wound up selling in 40 store locations, including Saks Fifth Avenue working as a “one-man show,” despite no business background.

After shutting its doors, she decided to experience “the other side of the spectrum” and applied at Gap, the only worldwide direct-to-consumer retailer at the time. “They asked me what department I wanted to be in,” she said. “I wasn’t expecting that, because I had always worked on everything.”

She wound up settling in knits, and eventually went on to design stints at brands including Vera Wang and J.Crew. Eventually, she decided she was ready to man the ship once again.

The support of Assembled Brands has proved crucial in making a go of it this time around: “If I was on my own, I couldn’t have met the demand,” said Holstein. “I have access to this finance team that’s planning and structuring the company, which I never could have afforded on my own. I have access to the AB Studio [Assembled Brands’ creative team], allowing me to book shoots with models I never would have been able to get. We have an abundance of resources.”

And other brands are chomping at the bit to take advantage of them. According to Pritzker, Assembled Brands has more demand for its services than it can currently serve, but it’s in no hurry to meet it. His growth strategy for Khaite mirrors that for AB:

“We want to grow over time. We would rather take a little bit of our potential growth off the table if it means ensuring the sustainability and strength of the brand.”