‘It’s not just about what the brands want anymore’: UTA Marketing’s co-heads on why big brands are turning to Hollywood talent agencies 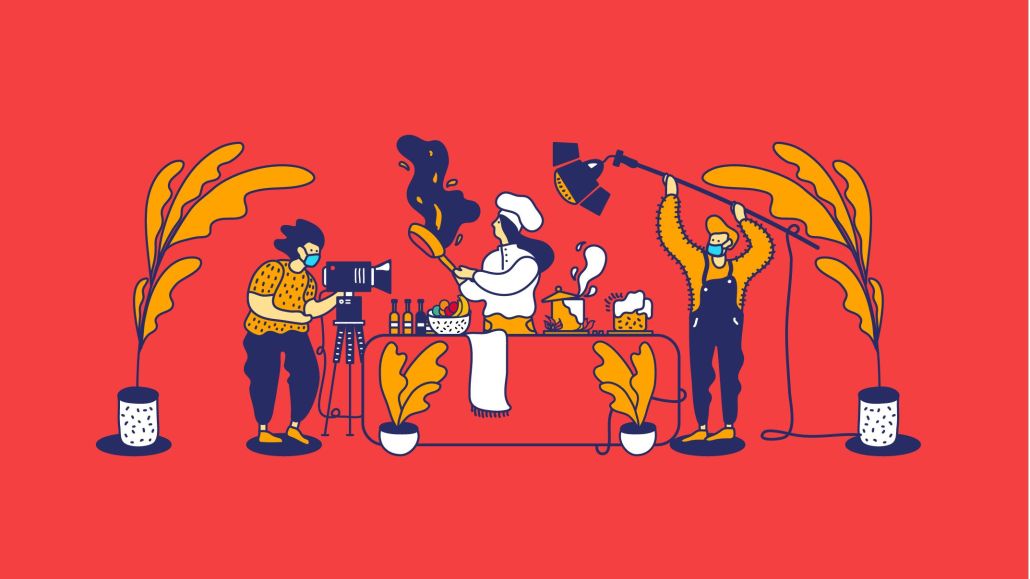 It’s no secret that Hollywood talent firms are in the ads business. The create content, not ads mantra is old hat now.

And there are few businesses better placed to help marketers do this than the likes of United Talent Agency. Recent events bear this out: the pandemic-powered growth of ad-free streaming services was built on premium content, thereby making its creators even more influential.

Little wonder then why more advertisers are turning to talent agencies like UTA for help. Moreso than ad agencies, the likes of UTA have built businesses on the back of the entertainment industry; they have unrivaled access to talent across film, TV, music, and increasingly esports. It gives them a unique take on how brands can riff on culture beyond the ad break — at least that’s the pitch.

Digiday caught up with David Anderson and Julian Jacobs, the co-heads of UTA Marketing, to talk about the division’s inception, work to date, future growth plans, and more.

Talent agencies have been down the advertising path before. What’s different this time?

Anderson: We started UTA Marketing four and a half years ago on the belief that the industry is shifting away from ad-supported worlds and in tandem, creators are becoming increasingly influential. Both of these trends were unfolding long before Covid. Marketers would ask us what to do about the fact that their traditional media buys weren’t delivering the same ratings. But Covid accelerated this interest as marketers saw more media companies, from Disney to HBO, choose to rely on non-ad-supported models. Now, I can’t sit here and say for sure how this will all play out, but I do know that marketers are going to have to figure out new and innovative ways to connect with those creators to tell their stories because the traditional methods they’ve relied on aren’t going to work. It’s more of a necessity now and we see that in our work with marketers. Before, we had the luxury of working with innovative marketers who saw the future. Now, it’s no longer about innovation

So you see yourselves as brokers of sorts between clients and talent?

Jacobs: There’s been an opening in distribution opportunities for premium content that brands can be a part of. We’re helping our clients navigate this opening by leveraging the access the agency has to creatives — that’s the route to how many of these projects, whether it’s the Headspace documentary series on Netflix or the Unilever series on Apple TV+ about dads have found homes on meaningful distribution platforms.

How easy have marketers been able to fill that opening in distribution?

Anderson: We’re in a period of experimentation. There’s a lot of friction between marketers who have invested heavily in media companies like Disney and Warner Bros. and the limitations of these new streaming services. As more content goes to platforms without ads, marketers are going to seek out ways to show up. But the experimentation here is grounded in understanding how to bring brands to life rather than marketers sitting back hoping for the best. A lot of marketers are used to the idea that if they’re a significant media spender then they can push on media owners to negotiate what they want. That doesn’t really [jive] with companies like Netflix and Amazon. They’re not equipped, nor do they want to be, to handle the high volume, transactional participants in the world marketing in the same way companies like Warner Bros. and Disney operate at scale. Lyft was able to partner with Netflix and Stranger Things four years ago because the brand provided value Netflix couldn’t buy. Netflix is one of the world’s biggest advertisers. If they wanted a billboard or a video ad they would either buy it or make it.

Jacobs: It’s hard for big brands to get out of their own way when it comes to this trend. It’s hard to shift from legacy media when you’ve been doing it for so long. Not only do you have to rewrite the whole plan, but there’s also risk associated with trying something new. We’ve tried to address that by investing in data through a division known as UTA IQ. So as we’re identifying and creating opportunities for our brands to partner in the world of culture and entertainment, we’re bringing data to those recommendations and trying as best as we can to answer the return on investment question. It’s a capability that’s making us more attractive to corporate clients.

Do you normally collaborate with ad agencies on these types of deals?

Anderson: Often, we do these deals in collaboration with traditional creative agencies and media agencies. We’re serving as the subject matter experts and frankly hold the relationship [with the creator] because we’re ultimately a major supplier of content for all these platforms and so have proprietary data and intelligence about what’s happening across the world of entertainment and cultures that those other agencies don’t possess.

With all this intel and expertise, could you ever see the business replacing traditional ad agencies?

Anderson: Our 2020 plan was to significantly expand the practice in terms of resources and our presence within the marketing community. Some of that got put on hold of course like many other things. But as we start to return to the office we can start to pick up that plan. I can’t sit here and predict how that growth is going to pan out but we’re excited about the future and happy with the position we’re in. When I speak to people running more traditional agencies the consistent response I get back is that it’s a challenging time and there doesn’t seem like there’s a light at the end of the tunnel. At the same time, these are smart formidable companies that will innovate their models. That said, we need to work hard to maintain the position we’re in.

Jacobs: Our business is built on a large coverage system across different verticals, from film to esports, emerging talent to touring artists, that allow us to pair opportunities with our clients. We’re able to see what’s up and coming in these areas before it hits. It’s why the data we have is so important because it underpins how the marketing practice can help brands make smarter decisions and forge alliances across the spectrum of culture. That said, we don’t buy media. And while we can come up with creative ideas, we’re not a traditional creative agency, nor are we an experiential agency. An example of this would be General Motors. UTA Marketing has been the brand’s branded entertainment agency for almost four years, but we also work with its media agency Carat as well as its creative agencies.

Any examples of this approach in action?

Jacobs: We helped write the talent strategy for General Motors’ campaign for the Super Bowl earlier this year. The team also developed the partnerships for the two spots — one was with Will Ferrell while the other was for the Cadillac range. One of those brands was produced by Leo Burnett and the other was done by McCann. I don’t think this dynamic flips to the point that we replace agencies anytime soon. Talent agencies have a history of working with brands and I think the latest version of that here with UTA Marketing has found the sweet spot in the role businesses like ours should play in the brand representation business. It comes down to our intelligence, and the relationships we have with creators’ personalities.

With the advertising market on the rebound, where will future growth come from UTA Marketing?

Jacobs: One of the main accelerants of the business is that creators aren’t just staying in their lane of being actors or celebrities, for example. In recent years, talent has gone from being almost one-dimensional to being media companies in their own right. Whether it’s Chance the Rapper or Shonda Rhimes, these are artists who want to work with like-minded businesses. It’s not just about what the brands want anymore. It’s also about what’s being demanded by the creative community.

https://digiday.com/?p=419818
Most Read
Trending in Beyond Ads
Digiday Top Stories