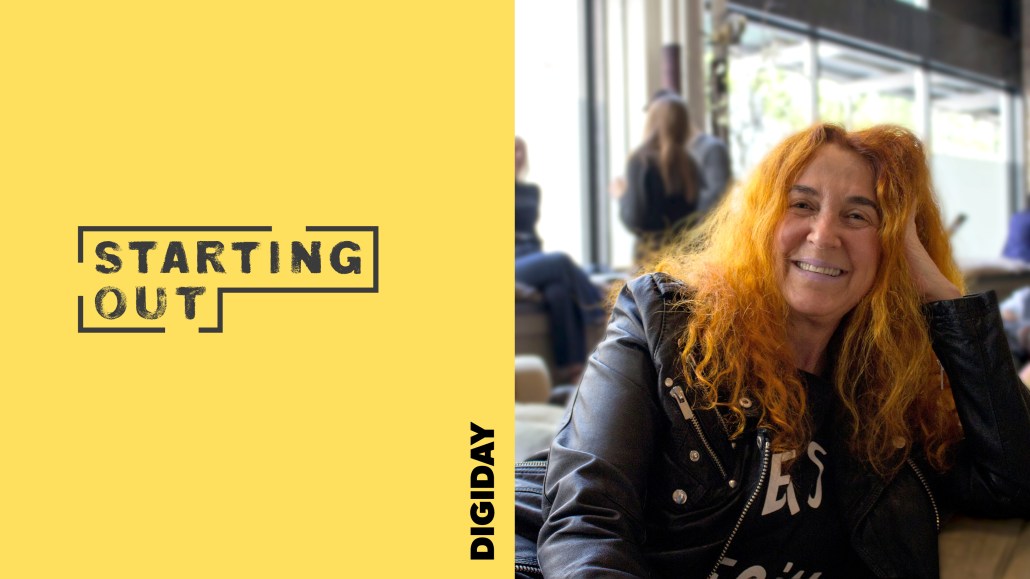 Dany Lennon has done it all — from music, to advertising, to agency life. Lennon, the founder of recruiting and coaching company Creative Register, is fondly known among agency executives as the “original connecter.” She’s placed some of advertising’s greatest talents in their professional jobs and coached them through their careers. In this week’s edition of Starting Out, she discusses the role instinct has played in her own career in the industry.

I’ve never not relied on my instinct. There is a deficit of that. I don’t ever want to think I exist without using my instinct in a minute-to-minute, hour-to-hour, daily basis. If you want to live a long life in this business, if you want to do that, instinct is what’s going to keep you relevant. Invite failure. You’re responsible for your own failure.

I was standing at a bus stop in London. I’d been at UCLA; I’d just come back from UCLA where I was supposed to be finishing a degree. I came back early to London and was standing at the bus stop talking to a gentleman by the name of Kim Mukerjea. There may be people who remember him. He had an ad agency in London, which at the time was the hot shop. It was against Gold Greenlees Trott. But he was quite attractive and extremely elegant. And I wasn’t. It was a long bus wait. And he really liked me. And I really liked him. His ad agency at the time was above a movie theater in an area of London called Camden Town. It wasn’t a great place to be at the time. It’s where drunken vagrants hung out. He invited me, and I accepted, much to my parents’ chagrin, to visit him at his agency above Camden Cinema. And I fell in love with the place — an incredible creative environment. He was perfectly normal and appropriate. He wanted me to come in and have an apprenticeship. He offered me one. I started out as the receptionist, then went into the creative department, to becoming a copywriter, to art director, account management. For three years, I did it, and I decided my heart was in creativity.

I do believe in the role of luck and chance. But I am going to believe in personality, too, and the importance of instinct. Many people stand in bus stops and get spoken to, and many people think, “Fuck off. You’re a weirdo.” Me, I invite that. Wherever I am, subway or bus stop, I’m going to talk to a person next to me. I’m in love with humanity. People are everything to me. Keep asking questions. Keep talking. Keep conversing. Never stop. We don’t do that anymore. I’m a “look up” generation.