Inside the production of WearableX’s first responsive yoga pant 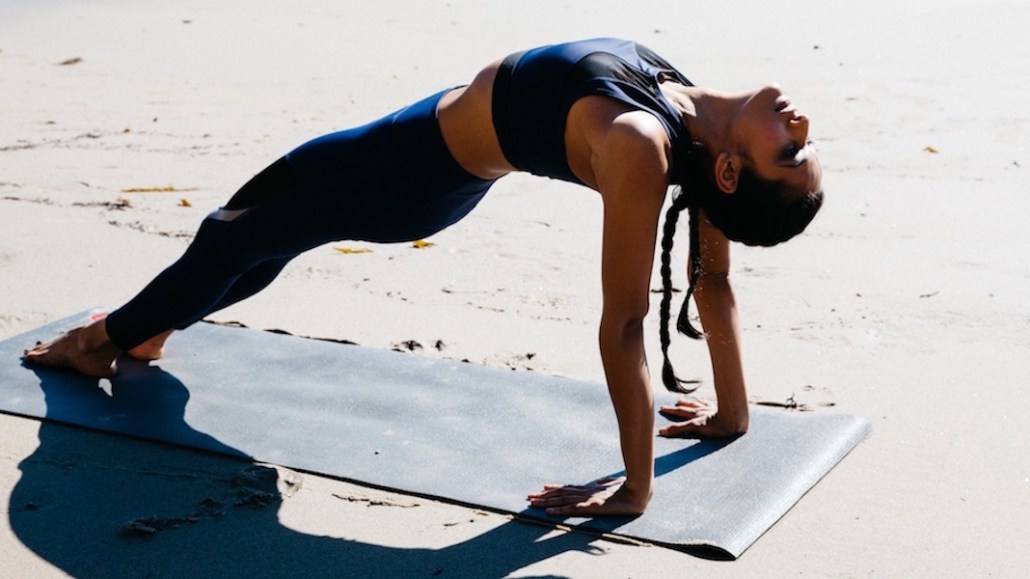 After a two-year-long production process, a wearable has hit the mass market that doesn’t attach to your wrist.

The Nadi X Pant & Pulse, from connected apparel company WearableX, is a pair of leggings equipped with a “pulse” power device that retails for $299. (The pulse only needs to be purchased once. Additional leggings, equipped for the device, retail for $199.) The leggings, meant to be worn while practicing yoga, are embedded with fibers that react to the user’s movements, guiding them into positions and helping to prevent injury through a series of vibrations.

The Nadi X is the type of wearable garment that’s been long prophesied but rarely made for purchase. There is a learning curve. Understanding how to respond to the vibrations that are responding to you, for instance, isn’t second nature for any yogi, whether beginner or advanced. You’ll also need to remember to charge your pants, by way of the pulse, which slips into an embedded pocket in order to power the vibrations that are concentrated at the ankles, knees and hips.

For Billie Whitehouse, the founder of WearableX, the launch of the Nadi X is the first step in a process she hopes will change how we think about wearables and improve our relationship with performance apparel.

“The entire wearable industry needs to shift away from being this ‘quantified self’ industry. We want to integrate it into daily activities, and for me, that meant it had to be softer, more feminine,” said Whitehouse. “Wearables are a cliché now — but if you’re doing it right, it’s part of the bigger apparel industry. We want to be positioned not just as a tech company, but as a fashion company.”

This hurdle has long held the wearable industry back: When the word “wearable” stands for anything from a FitBit to a garment that can grow its own food (as demonstrated at a Parsons and Intel showcase), to a pair of responsive leggings, the real-life connection to updated apparel can be lost. A lot of the innovation lives in Intel incubators and never hits the market. Similarly, Chromat designer Becca McCharen’s wearable designs make waves on the runway, but they don’t appear in her ready-to-wear line.

“Fashion companies have a hard time innovating”
Entrepreneurs, companies like Intel, manufacturers and venture capitalists agree: The future of smart apparel lies in the fabric.

“I’m at a point where — in fashion, for investments — I think of the category in terms of things like materials, with respect to technology innovation,” said Cheryl Cheng, a partner at the investment firm BlueRun Ventures.

So far, innovation in fabrics has led to a burst of “technical fabrics” in the market, which claim to have elevated properties for sweat and wrinkle resistance. In the performance space, a better stretch and fit, like Athleta’s Sculptek fabric, is considered big progress for a mass brand. But the potential of smart fabrics, including capabilities to identify health problems (think bras that can detect breast cancer) and respond to body and external temperatures, has yet to be introduced to the mass market, with hang-ups like a resistance to machine washing and discomfort.

Whitehouse, in developing the Nadi X, wanted to refute the idea that a wearable garment has to look futuristic, or be reserved for Olympic athletes or the top military ranks, like previous work from brands including Nike and New Balance.

A “Peloton for yoga”
When developing the pant, Whitehouse said she felt like she was running five companies at once that had to eventually merge together. Her team — which involved in-house and outsourced product designers, technology engineers, garment engineers, manufacturers and front- and back-end developers — operated horizontally in order to make sure everything would sync up. While developing a proprietary fabric that could host a flow of body-response haptics back to the wearer, Wearable X also developed a slim outer pack for charging the garment and a connected app. She calls her team “cross-pollinators,” as any changes made to one piece of the final product was constantly tested throughout.

It took hundreds of iterations to reach the final product, which comes in four color sets and can be machine washed (although Whitehouse recommends hand washing). The Nadi X website features a user guide, and there’s also a demo video.

The result: A pair of leggings that Whitehouse thinks could become a “Peloton for yoga,” meaning it could replace the wearer’s need to even spend time with a yoga instructor, thanks to its guided movements.

That’s where the app comes in: Users can select their yoga ability — from novice to intermediate, to instructor — as well as the positions they struggle with or plan to perform. The pants can then recognize the position the wearer is in and send corresponding vibrations to help guide them into place. If someone is overextending or in danger of an injury, the vibrations will intensify to right the user.

“From the get-go, the building of this brand was around a modern lifestyle,” said Whitehouse. “People are prepared to pay for the technology to support that, as long as the yoga pants still feel the best, so we want to build our messaging around that.”

Building blocks of a new type of athletic brand
The specific use-case, like a yoga routine, could open a path for new styles featuring this type of fabric technology down the road.

“The early adopters are going to be the people who use their clothing for specific purposes. Then it trickles down until it reaches a broader base,” Rebeccah Pailes-Friedman, a professor of industrial design at the Pratt Institute in a previous Glossy interview.

Whitehouse already has plans for new rollouts in 2018, with a vision that the technology will be helpful for runners and weightlifters — basically, any activity where people could benefit from a level of guidance they don’t usually get.

“We’re starting with yoga because we don’t want to confuse people with too much at once, but we will launch other verticals in 2018,” said Whitehouse. “We set out from the beginning to be a brand about touch. Using touch technology to enhance an experience was the original goal. We want it to become part of daily life.”