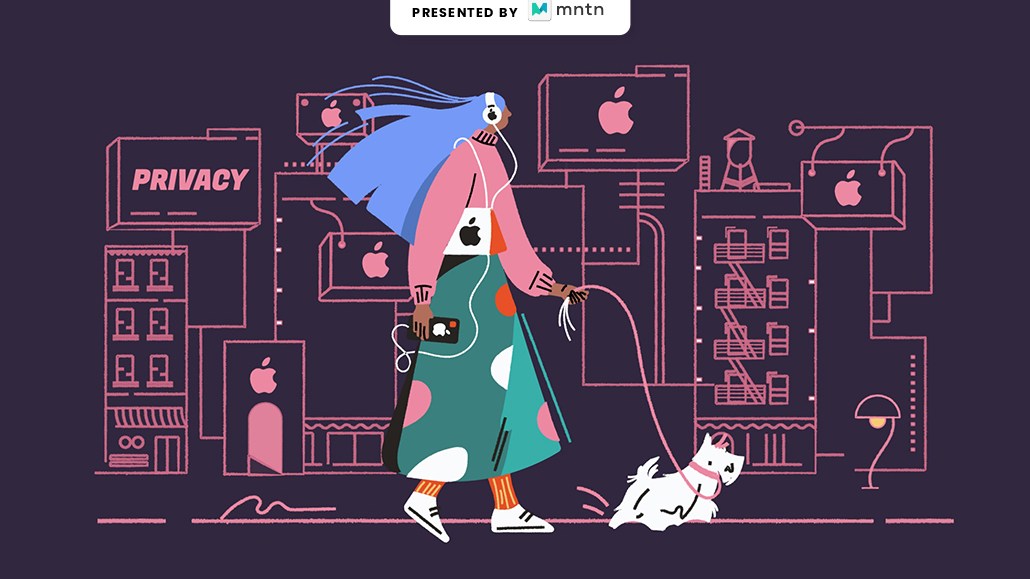 The playbook is changing for some small businesses and digitally native brands looking to get in front of shoppers via social media platforms.

Apple’s iOS14 data privacy crackdown impacted mobile advertising, making targeting capabilities more difficult because of the update. Now, users are notified of which apps are tracking them, meaning they can opt out and thus shrinking the data pool for advertisers.

Crown Affair launched last January, relying on organic strategy by way of “digital word of mouth” and influencers to build its core digital community and online shopper base, layering in some paid ads on Facebook and Instagram soon after. “With the iOS 14 update, we’ve lost the paid efficiency we’d been working towards, which we had planned to leverage to scale across paid channels,” said Choi.

Had iOS14 not impacted targeting capabilities, Choi said Crown Affair’s paid ad strategy would have sooner become a bigger piece of the media budget pie. For now, organic strategy will continue to be a priority as the haircare brand looks for alternative ways to measure performance, like revenue against spend.

With the update, Facebook and Instagram are no longer primary marketing channels for sustainable toilet paper and paper towel brand Cloud Paper, said co-founder Ryan Fritsch. “The new data privacy updates have hindered our ability to have insights into new customers which has led to lack of attribution,” Fritsch said in an email, noting that the changes have led to an inability to optimize ad content and an increase in cost-per metrics across the board.

At present, at least half of beauty brand Kulfi’s marketing dollars goes toward content creators and influencer relationships with the other half dedicated to in-house content creation and public relations. To scale, they’ll double down on their efforts like their in-house digital content platform Bite, hoping to layer in paid ads on Instagram next year after, said Priyanka Ganjoo, founder and CEO of Kulfi.

“[iOS14] means when we do get into paid, we just have to have a lot more of our own data,” said Ganjoo. “When we do, we’ll build that attribution because it’s going to be harder than it was before.”

It’s a similar story at clean beauty brand Ami Colé. Ahead of its launch in May, the beauty brand built up a newsletter with 6,000 subscribers, building its online community via email in hopes to sidestep iOS14 changes, said founder Diarrha N’Diaye. Still, the brand spends on social, especially Instagram, regularly tweaking ad spend to maintain its presence on the platform.

“I’d be lying to you if [I said we] think we have the answer just yet,” N’Diaye said. “Right now, we’re just trying to figure out what is actually working.”

And that is the million-dollar question, marketers say, as it’s getting harder to justify customer acquisition costs on social media platforms with limited targeting capabilities. “You’re talking about locking in like $10,000 a month for multiple months without knowing what the return [on ad spend] would be,” said Kulfi’s Ganjoo. “For a small brand, that’s a huge commitment.”

There’s more crackdown on the horizon with iOS 15 expected to impact email marketing by way of mail privacy protection and “Hide My Email” features, meaning advertisers will need to continue to diversify their media mix sooner rather than later. Advertisers will need to broaden their target audience and find alternative ways to monitor social performance as new audiences replace the “lookalike and retargeting audiences of pre-iOS14 days,” said  Phil Lewicki, media supervisor at full-service creative agency Dagger.

“Agencies and advertisers who have taken a proactive approach to these privacy changes will be on the forefront of creating new segments and strategies to develop or maintain high conversion and engagement rates,” he said.

https://digiday.com/?p=425052
Most Read
Trending in Beyond Ads
Digiday Top Stories