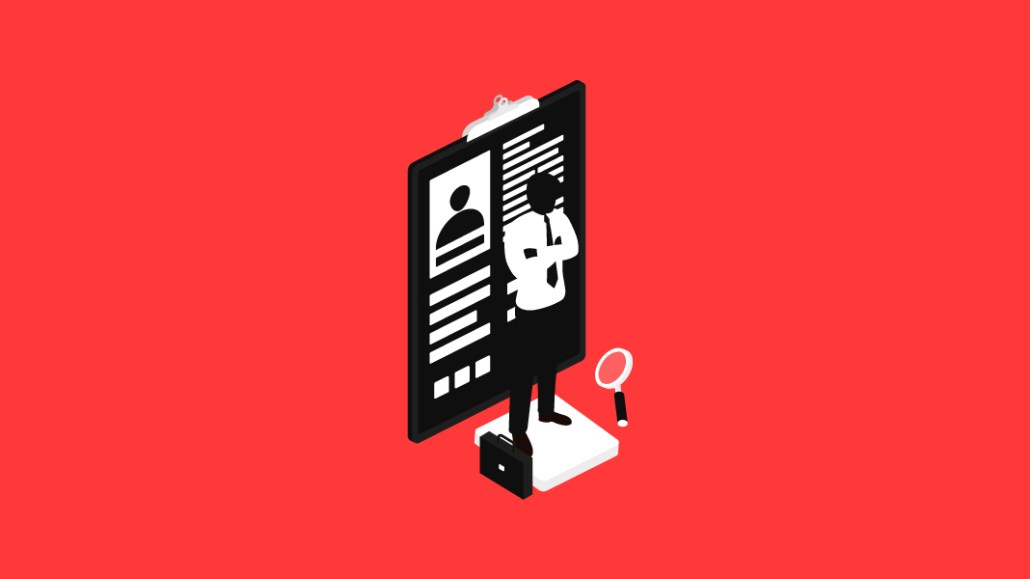 A few weeks ago, Ian Blackley sent an Apple payment for $7.00 to a creative director he’d never met at an advertising agency that he hoped to work for.

Along with the $7.00, he wrote “Consider this me buying some ad space in your iMessages,” and included a link to his online portfolio as well as an invitation to meet virtually or in-person (fully vaccinated) for coffee. He repeated that about 30 more times, reaching out to senior creatives in the field that he admires and hopes to soon join.

These bold, stand out moments were less about being interviewed by a hiring manager right then and there, but more about making as many creative and inventive connections as possible during a time when networking opportunities were slim, Blackley said. “My whole thing is just to stay top of mind [with] these people, that way when there is an opening, they [can remember] ‘that one dude that sent me $7.00,’” he said.

The pandemic has required a lot of creativity and new types of energy from employees in order to be successful in their jobs while working from home. But for those on the job hunt, capturing the attention of hiring managers and recruiters has required a whole other level of resourcefulness.

Phone calls and video chats have removed layers of personality from the job interviewing process, limiting the ability to read body language and erasing the way people behave in office settings from the equation all together.

For example, during a job interview taking place in 2019, a hiring manager, like Sharon Harris, the global CMO of digital marketing and communications firm Jellyfish, might have invited a candidate out to lunch to allow for a more personal and conversational interview experience. Now, Harris is stacking several Zoom interviews with prospective candidates in one day to achieve efficiency.

Blackley ultimately received about 10 calls based on his texts, all of whom reviewed his portfolio and directed him to recruiters within the company, but he has still yet to solidify an offer for a junior creative position at an agency in the San Francisco area, where he is from. He has also spent a total of about $90 in the Apple payments, but considers that to be a small drop in the bucket.

Over the past 15 months, the job market has gone through a variety of stages. In the early months of the pandemic, companies put hiring plans on ice as they faced financial constraints that led to furoughts, pay cuts and layoffs of their existing staff. But by the end of 2020 and in the first half of this year, many employers began feeling optimistic about the ability to grow their teams, leading to a competitive job market in a variety of industries.

In both periods of time, candidates have needed to step out of their comfort zones in order to grab the attention of recruiters, sometimes going to unconventional lengths to get in front of their future bosses.

Kiana Shine is based in Atlanta and is currently interviewing for a Los Angeles-based music publicity role within a major record label system. To date, she has had seven interviews for this role, with the first one taking place almost three months ago at the end of April.

Given the need to relocate to a new city, and being a Black woman in a white-dominated industry, Shine said she is already at a disadvantage from L.A.-based applicants, which has emboldened her to find ways to stand out in both the application process and in interviews.

“I do not feel relaxed in this interview process. I’m very anxious,” she said.

Before she was contacted by the record label’s recruiter, Shine said she emailed, messaged and called several mid- and senior-level people in the media strategy departments, including her former employer who currently manages a major artist signed to the record label, in order to get her name on the hiring manager’s radar. After not hearing back for months, she decided to direct message her prospective boss on Instagram — something she would not do in usual circumstances, but felt the fear of missing out on her dream job was greater than her fear of embarrassment.

Few days later, she received an email from the recruiter, asking her for an interview the following day. On the call, the recruiter shared that he had actually found her resume on his own — not from referrals.

The hustle did not end there though. The week of Juneteenth, Shine was scheduled for a second interview with the hiring manager. Upon request, she wrote a sample press release for an artist signed to the label. While she could have done a standard release that played it safe, she said she chose an artist she knew personally from Atlanta and chose to mimic his publicly-known sentiments on racial inequality and the climate of America.

Shine is still waiting to find out if she got this job, but is optimistic that her two year unemployment period is nearing an end, she said.

Blackley has also been trying to find a job since the beginning of the pandemic, and has experimented with other creative methods of putting his name out into the advertising world via the internet. Some have worked in getting him leads, others not so much.

On LinkedIn, he posted a fake ’35 Under 35 Unemployed’ award list from Adweek. He also told his LinkedIn followers that he would give them a $1,000 referral bonus if he landed a job from their recommendation. He spent the month of April 2020 reviewing 100 creative’s books and providing funny feedback in hopes they would reciprocate. And he even created a fake wedding registry where advertising professionals could gift him coffee meetings.

“I was thinking of ways to stand out because mostly everyone was taught in school to send emails to recruiters and creatives. [I wanted to] cut through that clutter,” Blackley said.

He is still on the job hunt.

From the perspective of hiring managers, who are sometimes meeting with a dozen candidates per day, the ability to see individuals in their home environments helps to give a better sense of the person they will potentially be adding to their team.

T. Brian Jones, the chief technology officer at NetWise, said the one candidate who stood out the most during a remote interview was a parent who very comfortably balanced both the professional and personal realities of working from home during the call.

“Without hesitation, they welcomed their spouse into the room in which they were interviewing, took their baby, and continued the conversation,” Jones said. “No acknowledgement that anything weird was happening, and no hesitation with either process. It was great. I love the personal connection virtual work brings to professional environments, and we look for that attitude when hiring.”

Jellyfish’s Harris said that the interview that stood out the most to her was when a person interviewing for a graphic designer position wore brightly colored clothes in her distinctive style and featured her own artwork on the walls behind them.

“You got a real sense of her design aesthetic. Had she been in the office I wouldn’t have seen it. It gave me a lot greater comfort in terms of her the depth of her skill, her knowledge, and how that married together with her personal passions,” said Harris.

Another interviewee used their virtual Zoom background to highlight some of the clients logos they had worked with in previous jobs, almost as a visual resume during the conversation, according to Jody Johnson, the global head of people and culture at Clarity PR.

Gen Zers are also getting in on the creative resume trend, using platforms like TikTok to post public video resumes, a lá Legally Blonde’s Elle Woods, and tagging the company they’re applying to in the caption.

Kalli Roberts’s video application in February got her a job as a marketing intern with TikTok in May after she graduated from college. Elle Wilmot built an entire TikTok account with six videos that she turned into a video portfolio. ​​Wilmot will be joining the TikTok graduate program in London this September.

Following the success of these video resumes, TikTok built a new program called TikTok Resumes that it is piloting for its own recruiting purposes as well as for corporate partners interested in the recruitment tool as well, according to ​​Lauren Flaus, the social platform’s university recruiting lead.

Ultimately, candidates are going to great lengths to stand out in a congested job market and finding ways to highlight personality, creativity and passion for the job is what is getting hiring managers to stay on the video call longer, despite Zoom fatigue.