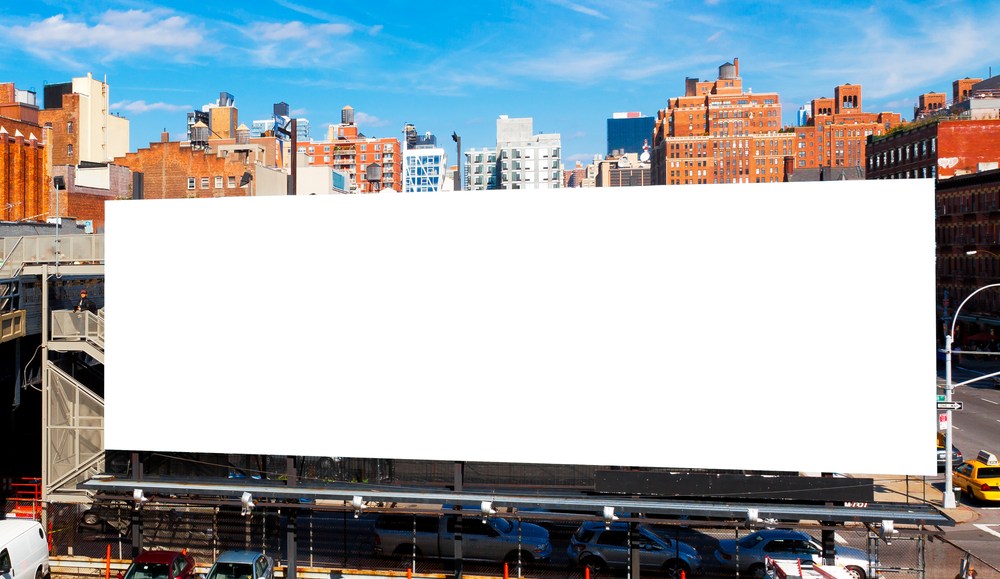 A client just asked me to scrap his banner ad campaign and move the money to highway billboards, and I didn’t try to stop him.

The campaign seeks to improve people’s perceptions of his brand, and even the lowly highway billboard beats banners for that. Internet ad extremists will grouse this is nothing more than “spray-and-pray” without the deep pools of digital data that grease Web advertising. Thousands and thousands of people will drive by these billboards as total strangers to us. All we know about them is where they were and what direction they were headed when they passed the billboard. And, we hope, that one person in the car was at least 16.

We don’t know their interests or shopping behavior. No idea what they searched for lately, or what their likelihood is to buy our clients’ products. We’d have known all these things and more if we’d run the ads online. And we’d have reached tons more people for less money.

The “reach” of banner ads is more like “misses. All that data and targeting. All that precision and insight. It’s like having a laser-guided, smart bomb system that drops an evaporating mist. The target remains untouched and oblivious.

That’s why we’re on billboards this fall, not leaderboard. Even in seven words or less, billboards offer our client a reasonable canvas on which to make someone know and/or feel something. And, as importantly, billboards give us a fighting chance of actually being seen, and absorbed, by our audience.

OK, yes, I know, banners ads DO occasionally connect with people. Accidents and professional curiosity aside, I’ve personally clicked on two or three of them in my lifetime. And I could probably recall one I’ve seen lately. Well, maybe not. But we know that about four people in ten thousand do, on average, click on banner ads.

So, if you can get more out of those four people than what you paid to reach (using the term loosely, of course) ten thousand others, banners are great. We buy them for just such occasions.

But for a brand-building campaign, an effort that trades in emotion and desire – and requires “touch” not “reach” – banner ads miss the mark. Unless publishers and sites start offering display units that reliably connect with audiences, I suspect more and more brand money will hit the road.