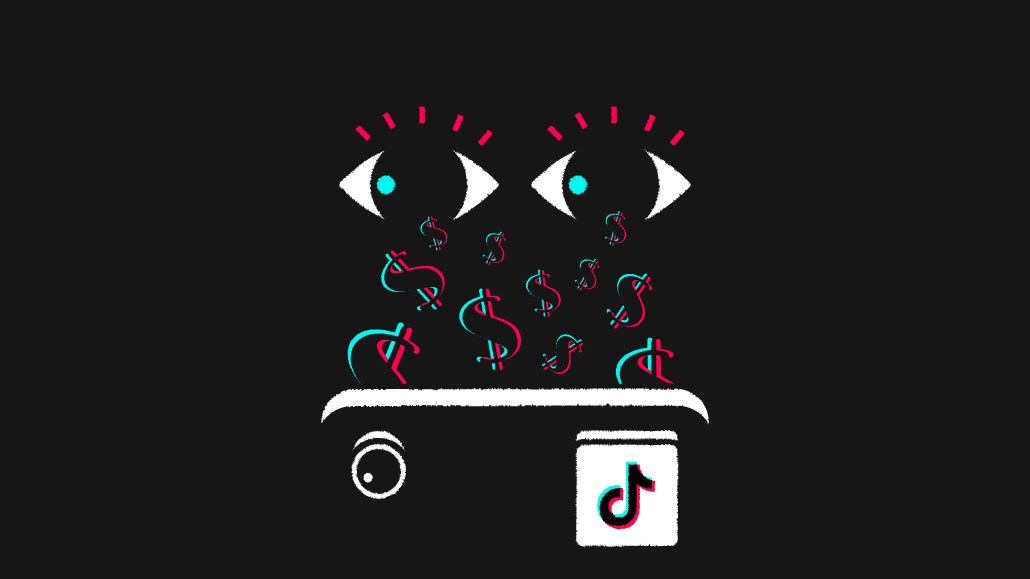 In recent TV ads, Paycom, a payroll and human resources technology company, shows how its technology can combat common workplace frustrations with TikTok star Corporate Natalie by making TikTok-style ads for connected TV. Taking a TikTok approach to TV is part of the brand’s push to break through the TV clutter — just like TikTok itself has done in the social media space.

THE VALUE OF PAYCOM’S TIKTOK APPROACH

The first of the ads rolled out in early August and more will follow in the coming weeks. The spots highlight Beti, Paycom’s technology that empowers employees to manage their own payroll, and highlight why doing your own payroll is beneficial for both you and your employer.

“Our strategy centers around increasing audience buy-in through repetition and the same relatability that drew us to Corporate Natalie from the start,” said Adam Ballard, vp of marketing at Paycom. Spots were developed to target HR and C-suite decision makers, with the goal of reaching them through companies’ employees.

With Corporate Natalie, employees will see someone they find relatable in the ads, which will hopefully increase their curiosity about Paycom’s technology. “Our overall goal is to create demand from consumers (C-Suite and HR) to ask for a better way to manage day-to-day HR tasks,” Ballard said.

Aside from connected TV, the spots will also appear on platforms such as Facebook, Twitter, Instagram, LinkedIn, YouTube, Pinterest and TikTok. The brand tapped Corporate Natalie because she understood firsthand the frustrations of outdated tech, tedious processes and HR mistakes. “We saw an opportunity to bring Natalie alongside our other in-market campaigns that focus on the unnecessary complexities that come from having the wrong HR tools,” said Ballard. “Natalie brings to life the pain an employee experiences when they are forced to use the wrong tools for the HR and payroll needs.”

“For the Corporate Natalie campaign, the mix is about 50% digital, with the vast majority of that investment being social media,” said Ballard. However, it is unclear how much of Paycom’s advertising budget is allocated to this campaign, as Ballard would not share overall budget specifics.

According to Pathmatics data, Paycom spent over $5.3 million so far this year on advertising efforts. Ballard also said that this campaign runs in parallel to the brand’s other national campaigns: Unnecessary Action Hero (starring actor Shemar Moore) and Wrong Tool (featuring investor Barbara Corcoran). Ballard declined to comment on how Paycom’s budget was split on social platforms.

Corporate Natalie’s videos represent situations relevant to all employees, and she has over 425,000 followers on TikTok. The relatability she brings to Paycom’s ads makes her the perfect person to explore how its technology is right for employees and their employers alike, Ballard said. “The medium of TikTok allows us to get to the point of what Paycom does immediately for employees using our app, allowing relatable humor to drive it home,” he said.

The ‘TikTok style’ has become viral, and Paycom is testing the assumption that the style will be effective regardless of the media.
Lily Rotter, senior director of demand generation, Skai

Paycom joins a long list of brands that have partnered with TikTok stars for ad campaigns. Recently, TikTok personality Addison Rae collaborated with Google and Samsung on a ’90s-inspired, nostalgia-filled campaign. TikTok is the sixth most-used social platform in the world, and it has the highest engagement rate compared to other social media apps. On TikTok, marketers can expect engagement rates to reach as high as 5.3% for accounts with 100,000 or more followers, according to Startup Bonsai, which is at least 4% higher than the engagement rates on Instagram and Twitter.

“Paycom is using an omnichannel approach and breaking barriers between TikTok and TV to stand out and target a new, younger audience,” said Lily Rotter, senior director of demand generation at Skai, an omnichannel marketing platform. “The ‘TikTok style’ has become viral, and Paycom is testing the assumption that the style will be effective regardless of the media.”