How fashion became oversaturated with collaborations 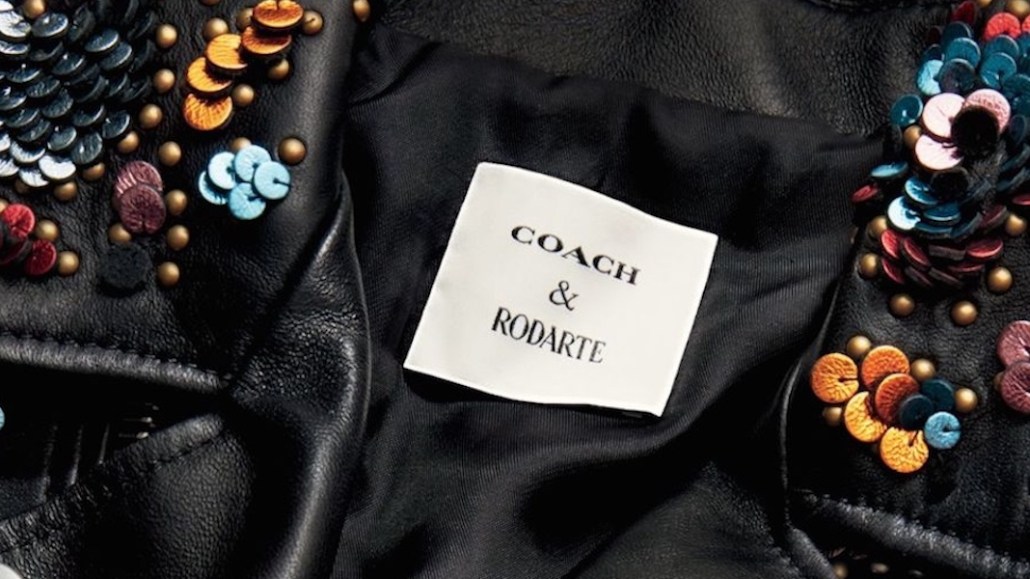 On April 9, the Victoria Beckham for Target collection will launch online and in stores, featuring lines of clothing for women, girls and toddlers created by the British designer for Target’s entry-level price points and aspirational customers. The limited-edition drop will give Target’s clothing department a brief jolt of high-fashion prestige — borrowed from Beckham and some press coverage — before it sells out, fades away and Target does it all again with a new designer partner.

“We’ve done 200 designer collaborations to date, all of which are designed to underscore our mission of offering affordable designer pieces, drive buzz and build brand affinity,” said Joshua Thomas, a spokesperson for Target. “It’s how we differentiate from other mass retailers, so we look for someone who can bring something interesting to our brand, something we haven’t been able to do ourselves, which our guest would be interested in.”

Target debuted the high-low collaboration model in 1999 when it teamed with architect Michael Graves on household items, bringing it to fashion with a collaboration with Isaac Mizrahi in 2003. The next year, H&M rolled out a similarly formatted collaboration with Karl Lagerfeld, and the two retailers have been announcing regular high-low designer partnerships ever since, working with the likes of Anna Sui, Isabel Marant (at Target), Commes des Garçons and Versace (at H&M) over the years.

The success of these collaborations — their launches can crash websites, draw massive lines and sell out in a few hours — might be to blame for the increasing ubiquity of collaborations in fashion.

“The main reason collaborations exploded is because people are trying to replicate that success demonstrated by Target and H&M,” said Neda Whitney, managing director of client services at digital agency R/GA. “For those brands, the model has been huge, and it’s been recognized that people have a hunger to blend the high and low, and get their hands on something new and different.”

Retailers looking for a traffic bump and PR buzz now tend to default to a collaboration, some more imaginative than others. Uniqlo, Nordstrom and Topshop have followed Target’s model. Thanks to their popularity on Instagram, there’s been a rise in model partnerships, including the Tommy Hilfiger and Gigi Hadid collection and Express’s new line with Karlie Kloss. Luxury fashion’s participation goes beyond gracing Target shoppers with an aspirational line. Designers like Alexander Wang and Prabal Gurung have dipped into the mass-brand realm, with Adidas and Lane Bryant, respectively, while Coach produced a line with younger New York luxury brand Rodarte, and Louis Vuitton linked up with Supreme for a collection. Even Vogue wants in, recently collaborating with Pressed Juicery on two lemonades.

Fashion collaborations, at risk of becoming oversaturated, have become impossible to escape. In addition to Target and H&M setting the bar, times have become increasingly desperate for brands and retailers facing a grim industry landscape.

“The bottom line is brick-and-mortar retail is in trouble at almost all levels,” said Neil Kraft, CEO of the agency Kraftworks. “People are kind of desperate for things that will kickstart business, and collaborations are something that have worked.”

For mass retailers, high-low collaborations make sense: Designers get exposure to a customer previously priced out of their collections, while a store like Target and H&M gets the halo-effect brand caché attached to their high-end partners. But as the model seeps elsewhere in fashion, it veers toward a grasp at relevance.

Tommy Hilfiger’s collection designed with model Gigi Hadid, who doesn’t have any previous fashion accolades, is a transparent marketing play, in line with Express’s collaboration with Karlie Kloss, and PacSun’s collection with Kendall and Kylie Jenner, said Whitney. Instead of filling a customer need, these model-influencer collaborations jostle in and meet the customer where they happen to be: on their Instagram feeds.

“Model and influencer partnerships are more about grabbing at a social following than giving the customer something they’re asking for,” said Whitney. “No one buys that Karlie Kloss is living an Express lifestyle. They see Gigi Hadid on dozens of runways. These collaborations are done in hopes that it will build a buzz, but that won’t last.”

Looking externally to industry partnerships to boost buzz can be a slippery slope, particularly for brands on the mend, like Coach and its capsule collection with Rodarte.

“Say you do a big sale around a collaboration. The next year, you have to somehow hit those same numbers, or else you’re in trouble. So you have to find a way to recreate it,” said Kraft. “It becomes a downhill stumble, and a trap — a quick fix to a bigger problem that you can’t sustain.”

That results in retailers seeking out collaborations for the sake of recreating the success of one partnership with another, rather than inking a deal in order to offer something the customer is interested in. Target and H&M have both seen partnerships underperform in the past, with items ending up on clearance racks — a stark contrast to a line down the block on launch day. (Target’s Thomas said that while a collection selling out in a few hours is never the goal, selling out in a few weeks is.)

“It’s a way to gain personality for a brief period of time,” said Larry Vincent, chief branding officer at UTA Branding Studio. “It can’t go on forever, and I don’t think it will. A first fix would be to stop referring to marketing plays and promotions as collaborations.”