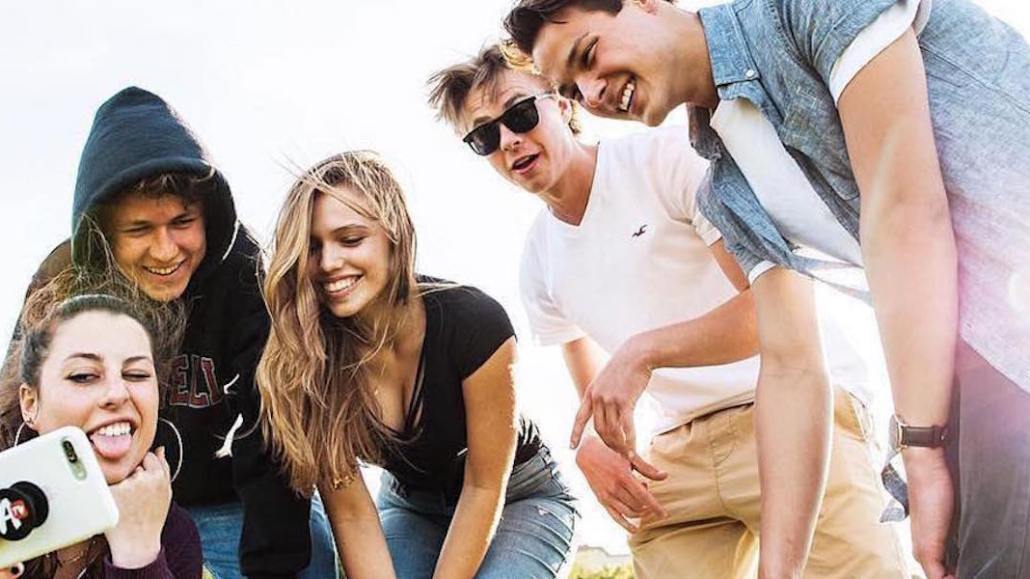 AwesomenessTV, the digital media company that began as a multi-channel network on YouTube in 2012, is collaborating with fashion and beauty brands on one-off content series geared toward its lucrative Gen Z audience.

Since 2014, the company has worked with Kohl’s, Old Navy and CoverGirl on five separate initiatives — Hollister is the latest brand hoping to capitalize on its impressive reach. AwesomenessTV, which is co-owned by Dreamworks Animation and Verizon Hearst Media Partners, boasts over 4.6 million YouTube subscribers across 90,000 channels and is said to have generated over 17 billion lifetime views.

On Saturday, the Abercrombie & Fitch–owned Hollister launched a 24 episode docu-series on the platform titled “This Is Summer,” which follows a group of seven high school students as they navigate the school year and all of the extracurricular dramas that come with it. The outfits of the castmates, all by Hollister, will be made shoppable across the brand’s social channels.

There’s an unexpected music component, as well: Both original and cover songs will be sung by the cast and available on Spotify, and played in Hollister stores across the country. The songs will also be performed at the annual Awesomeness Festival during VidCon.

The cast of Hollister x AwesomenessTV’s “This Is Summer”

However random this project may seem for a clothing company, it’s in line with recent findings about the preferences of Gen Z from Cassandra’s The Entertainers Report, which found that a third of teens ages 14-19 are interested in seeing more original video series from brands. Interestingly, 61 percent of that cohort reportedly like it when brands sponsor events, such as festivals, and 43 percent believe that in the future, all brands will need to have a live event component to survive.

What’s more, 63 percent of these teens like when brands introduce them to new music in stores, making this multi-layered partnership a potential home run for Hollister, which has lost a bit of its ’90s luster, as young people gravitate more toward trendy, fast-fashion brands like H&M and Zara. (To wit, Hollister and Abercrombie & Fitch made a collective $57.7 million, in 2016, while Zara alone made $69.8 million.)

AwesomenessTV has been tapped into these facts for a while now.

In 2015, it partnered with Kohl’s on S.O.R.A.D., a reality series following influencers including Amanda Steele and Arden Rose as they tried to launch their own clothing lines. For Old Navy’s #Unlimited campaign in 2015, it gathered some of YouTube’s top music influencers to create an original song and music video, followed by the My Squad Contest, a chance for fans to hang out with their favorite internet celebrities (while wearing the brand’s clothes, of course). In 2016, it worked with CoverGirl on two series, Wheel of Beauty and Pitch Perfect, that also merged YouTube stars and music to promote the company’s newest products.

A still from CoverGirl x AwesomenessTV’s “Wheel of Beauty” series

According to Paul Kelly, the chief partnerships officer at AwesomenessTV, merging some of these disparate worlds is intentional. “Brands tend to advertise and market in the environments they are familiar with,” he said, noting that beauty companies, for example, often turn to beauty-driven media platforms that attract an audience already very knowledgeable in that category. “[These consumers can be] much harder to influence,” since they are often set in their ways and have sussed out their favorite products, he said.

AwesomenessTV, on the other hand, is a lifestyle brand that crosses numerous categories. “We reflect a wider array of the interests and passions of Gen Z females, which means we can talk about, say, beauty or beauty products in different ways — so, not just instructional content — and to a broader audience,” he said.

These partnerships also offer companies a smart way to reach an audience no longer reliant on traditional advertising channels like television and magazines. Youth marketing and research firm Ypulse’s latest media consumption tracker found that 81 percent of Gen Z watches YouTube at least weekly, compared to just 51 percent who report watching cable once a week or more. But advertising online poses challenges, too. The tracker found 56 percent of this cohort will always skip an ad when given an option, and a quarter of them rely on an ad blocker.

“Younger audiences are choosing ad-free platforms in droves, and the viability of an ad-free alternative makes advertising less tolerable,” said Kelly. “This is why [creating] content is so crucial for brands, particularly in a digital context where we have an oversupply of intrusive media.”

The good news for brands working with companies like AwesomenessTV is that “we’ve found Gen Z to be fairly open to watching sponsored entertainment,” said YPulse’s chief content officer, MaryLeigh Bliss. 77 percent of those polled for the aforementioned study agreed that, as long as the story is interesting, sponsorship doesn’t matter, while 73 percent simply insisted that it be clearly marked as such.

“The partnership is a smart move for a brand like Hollister, as it further positions the company as a lifestyle brand, not just a retailer,” said Emily Anatole, the associate director of insights at Cassandra. “Increasingly, young consumers expect brands to operate in the culture, not just their specific category.”