Why fashion and beauty brands are setting their sights on Austin 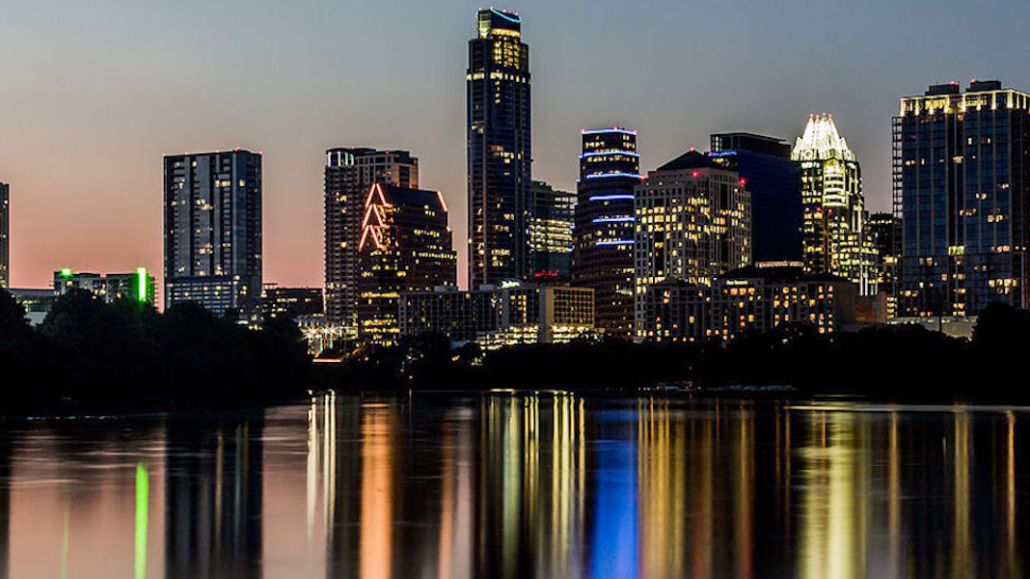 Fashion and beauty retailers are following in the footsteps of publishers like Condé Nast and BuzzFeed by setting up shop in Austin.

Part of the appeal is increased foot traffic, thanks to significant population growth: Austin’s seen a 16 percent population boost since 2010, including a 2.9 percent jump in the last year alone. It’s continual rise as a cultural hub — thanks to events like SXSW and Austin City Limits — has contributed, too, cementing Austin as a city to look to for all things new and cool.

“Since the early 2000s, Austinites rallying behind the ‘Keep Austin weird’ slogan have made a conscious effort to maintain the city’s reputation as a haven for small, unique brands and businesses,” said Gil Eyal, the founder of influencer marketing platform HYPR. That same quirkiness, however, fits “up-and-coming fashion and beauty brands like a glove.”

Indeed, Warby Parker opened its first Austin storefront in August, in the hip SoCo neighborhood. Modcloth followed suit after testing out a two-month pop-up in the Texas city, opening its first brick-and-mortar location there in January. At the time, the company’s chief executive officer, Matt Kaness, told WWD that it’s one of their best online markets.

The Modcloth storefront is located within 2nd Street District, a roughly six-block shopping, dining and entertainment area that also boasts brands including Bonobos and Loft. Although 60 percent of the shops there are locally owned — a fact that the District prides themselves on — the off-price (but New York Times Style section–approved) retailer UAL and menswear shop League of Rebels also joined the district this year.

“We have loved being in Austin. The people here get our concept and understand our brand,” said Tori Parsons, executive vice president of UAL, hinting that the retailer may open more locations within the city.

“People are drawn to Austin because it has such a great energy about it and a unique style, which I think has gotten more elevated [in the last few years],” said Shana Ogg, 2nd Street District’s marketing manager. What’s more, she said, there are a lot more residences being built downtown, which “drives interest for businesses that may not have looked down here five years ago.”

The hip activewear brand Outdoor Voices was early to the scene: It opened its first storefront in Austin in 2014. Although the company has an office there now, its core consumers are largely on the coasts, so the decision wasn’t necessarily obvious.

“Austin is the most recreational city in the world!” founder Tyler Haney said of the choice. “I grew up in Boulder, Colorado — another super active city — but Austin takes a neat, casual approach that I haven’t seen in many other places: lots of moms jogging with strollers and people taking dips just for the fun of it.” In short, it was the perfect fit for her brand.

And since its entry into the city a few years ago, Austin’s appeal has only grown.

Inside Modcloth’s first and only storefront, in Austin

According to Capitol Market Research, the city’s retail occupancy increased to 95.4 percent by the middle of 2016, up from 95 percent just six months prior. At the same time, average rental rates jumped from $22.05 per square foot in December 2015 to $23.16 in June of last year. Those numbers are expected to continue on their upward trend due to ample construction in the area and a more competitive market.

What’s more, the city was rated No. 2 in the country (just behind San Francisco) in retail real estate investment, in national brokerage firm Marcus & Millichap’s 2016 report on the subject.

This helps explain why denim retailer Paige announced last month that it would be expanding beyond its core markets of New York and Los Angeles this summer with a store at Austin’s Domain Northside, the city’s buzzy new shopping center.

“Austin is a city that is laidback yet forward-thinking, which is exactly how I describe our brand,” said Paige Adams-Geller, the brand’s co-founder. “We love music, fashion, food and culture, and Austin embodies all of these things.”

Drybar will also open inside the elevated retail space later this month.

Since it’s debut last year, popular brands like Kiehl’s, Free People, Frye, W3ll People and Suitsupply have all opened stores there, as well. “I am a huge fan of the Texas consumer. [They] understand our product and appreciate all that goes into our brand, from our deep roots in the philanthropic community to being made in the U.S.,” Chris Salgardo, Kiehl’s U.S. president, said at the time. “I pride myself on knowing where our customers are, which is Austin,” he added.

“Austin is continually expanding, and the ‘city center’ radius seems to be, as well. There was definitely a void further North that we sought to fill,” said Julie Sutton, Domain Northside’s director of marketing, of the decision to open the shopping center last year. “There are also incredible emerging fashion brands — not only homegrown, but throughout the country — that we believe fit right into Austin culture,” she said. “We wanted to offer our guests [a combination of] what makes Austin unique and the best of what’s happening nationally.”

As such, the goal was to score a host of cool but accessible stores, a task which apparently required little convincing. “Austin is, and has always been, the understated harbinger of awesome,” said Sutton. “What brand doesn’t want to align with that?”

Those that fit the bill were given the rare carte blanche, as far as storefront design was concerned — a testament to Austin’s laid-back, creativity-first environment. “We are nurturing a culture of quality and expressionism,” said Sutton. “There is room for everyone to bring their idea to the table, and if it’s a good one, Austin will save your seat.”