‘Everyone has a vested interest’: With delta variant and rising COVID-19 cases, brands recommit to vaccination campaigns 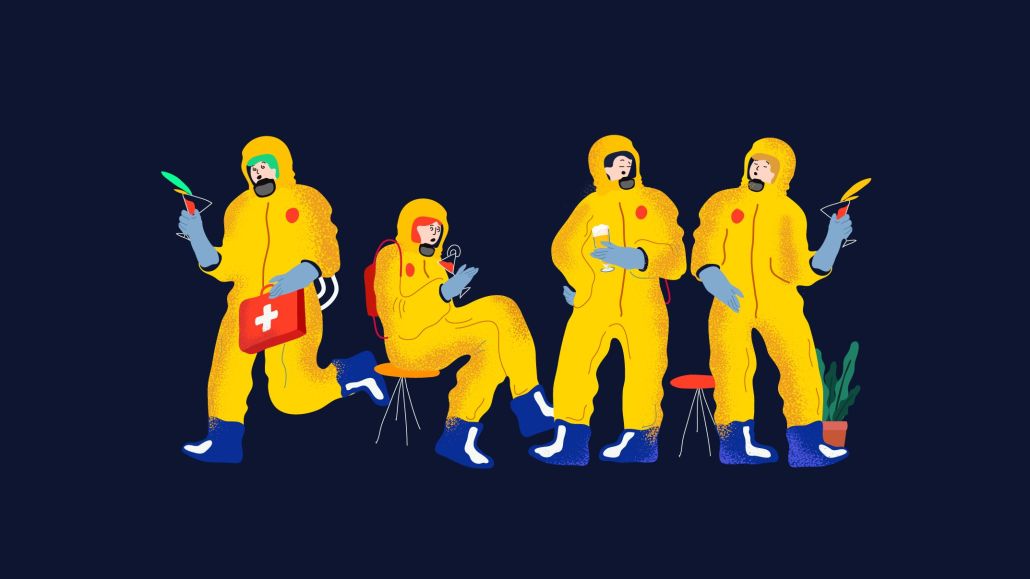 As the delta variant threatens society’s soon-promised return to normalcy, brands are once again ramping up campaign efforts to get Americans vaccinated against COVID-19.

At least half of the U.S. population has been fully vaccinated but with new variants spiking infection cases, and the FDA’s recent approval of the Pfizer vaccine, brands like Axe body spray, Krispy Kreme doughnuts and Expedia Group travel brands have reexamined their public health efforts and launched new campaigns.

“Everyone has a vested interest in getting the world back to normal as quickly as possible,” said Jon Gieselman, President of Expedia Brands.

Krispy Kreme, which was one of the first national brands to offer vaccination incentives, is revisiting its original campaign, offering two free doughnuts to Americans who have received at least one vaccination shot. The Axe campaign, which launched in June, touts national ad spots, an in-person experience and product giveaways as incentives.

Meanwhile, Expedia Groups’ efforts span across all its brands, including Expedia, Hotels.com, Vrbo and others for a global vaccination campaign in partnership with UNICEF. Each purchase made through the brands’ mobile apps will contribute to a $10 million Expedia Group-backed donation toward UNICEF’s global COVID-19 efforts, including vaccine distribution, diagnostics and treatments.

“That alone isn’t going to solve the world’s challenges, but [it’s] in the hopes that it would inspire other companies to either join our effort or in their own way,” said Gieselman.

Given the travel industry was one of the hardest hit when pandemic lockdown went into effect, a vaccination campaign made sense for Expedia Group, Gieselman said.  “We saw this as perfectly aligning with [the] company’s goals and the larger mission of helping our fellow man,” he said.

It’s a win-win for Expedia Group as far as Siegel+Gale branding firm’s group director of strategy Lisa Kane is concerned. As the campaign promotes vaccination, it also promotes mobile app downloads and a hopeful return to normal travel. “They are a global travel brand, and it makes sense for them to help people in communities to return to health,” Kane said in an email.

But, Kane said, COVID-19 testing and vaccination campaigns may not be right for every brand. As the pandemic polarizes the nation, advertisers will need to tread carefully as “it shouldn’t be about jumping on a hot topic to earn brownie points,” per Kane.

It could be a brand awareness play for Krispy Kreme, which has already given away more than 2.5 million doughnuts via the initiative. Similarly, Axe has given out all of its promotion products and its website now points to where shoppers can purchase other Axe products online.

“If a company can sincerely and thoughtfully act in support of their customers or employees, positive encouragement of vaccination is generally a good thing right now,” Kane said.

Christine Alemany, CEO of the New York City-based branding and marketing firm TBGA, echoed Kane’s sentiments. “Rather than ‘do good’ purpose, these vaccine campaigns monetarily benefit Expedia—both indirectly and directly. An aligned incentive ensures that follow-through will be there,” she said in an email.

According to Alemany, the pandemic has invited an onslaught of purpose-driven campaigns, most in response to George Floyd’s murder and the BLM movement.

“Brands need to be very careful in [their] messaging and their non-profit partnerships,” Alemany said in an email. “While vaccine mandates have been polarizing, removing the financial hurdles to access is not.”