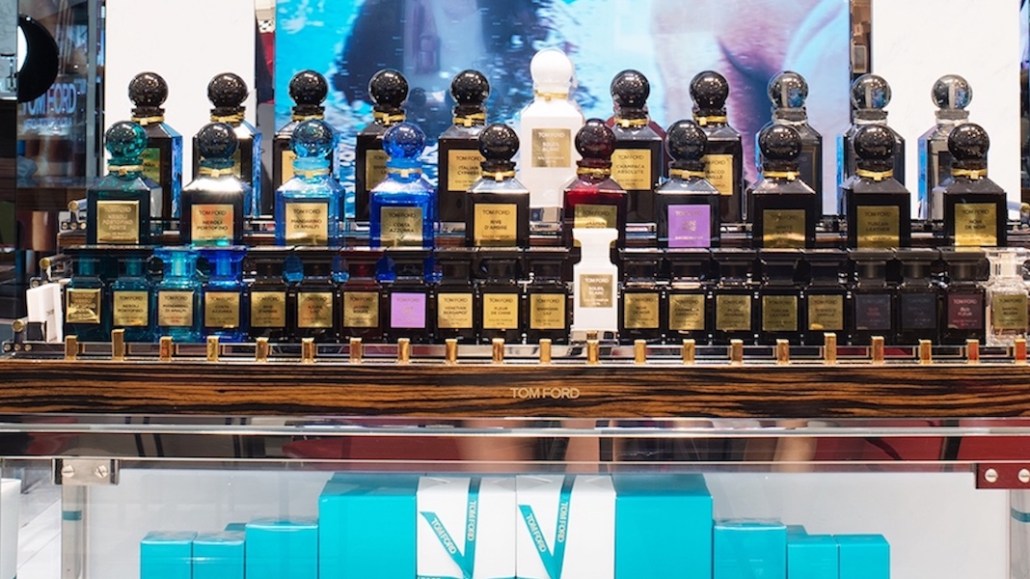 Estée Lauder Cosmetics is watching its sales in China climb faster than any other market, thanks to a savvy local strategy that includes a 50-person dedicated team, branded Tmall storefronts, and freestanding e-commerce sites.

Esteé Lauder reported its full year results for 2017 on Friday, announcing an overall sales growth of 40 percent in China with e-commerce sales increasing by 50 percent. The market outpaced overall sales growth for Estée Lauder, which rose 5 percent to $11.8 billion for the year. Online accounted for 20 percent of all company sales.

China is Estée Lauder’s third largest online market, behind the U.S. and the U.K., and Dennis McEniry, president of the brand’s online business, said that it was the fastest growing in terms of both team size and sales figures.

“China is a unique market. Product preferences and descriptions used in marketing are different. Social media and influencers are important, but the way to navigate that space is nuanced,” he said. “Being locally relevant is key. We don’t take programs and strategies developed in New York and just launch them in China, because it won’t work.”

Estée Lauder is tackling the market from all angles by embracing both third-party partners as well as operating direct-to-consumer e-commerce sites. After opening its own e-commerce sites for its top three brands (Clinique, Estée Lauder and Mac), the company turned to Alibaba’s consumer marketplace Tmall to launch brand storefronts, where shoppers can browse brand content and purchase items directly through the site. When Mac launched on Tmall earlier this year, it was the biggest first-day sales for a prestige beauty company on the marketplace, according to McEniry.

The company, however, doesn’t plan to enact a similar strategy with Amazon, which is considered Alibaba’s Western equivalent. When asked during the call with investors if Estée Lauder planned to sell any of its brands on Amazon in 2018, Freda said no.

“We look for brand-building distribution, with partners that exercise key drivers of prestige beauty, including high-touch services,” he said. “So we distribute to channels to where those standards are fully respected, like Tmall. Not Amazon. No Amazon distribution is included in our 2018 plan.”

On mobile, the main digital shopping channel for Chinese customers, Estée Lauder has muscled up by launching campaigns on WeChat and other social platforms, which feature local Chinese influencers and are created by the local team in China. In May, Estée Lauder partnered with duty-free retailer DFS to launch a virtual reality lipstick try-on app within WeChat to promote its newly launched Pure Color Love cosmetics line.

It’s paying off: As sales climb, McEniry has observed revenue growing in cities where there are no brick-and-mortar stores, while China accounts for more than half of the company’s overall mobile sales (right now, 50 percent of digital sales are made via mobile).

In order to offer full e-commerce capabilities on its owned sites, every brand has localized shipping offers, marketing campaigns and payment (specifically, Alibaba’s Alipay) incorporated. McEniry noted that the Chinese government’s recent amendments that lower taxes for foreign advertisers have freed up marketing dollars to push through new campaigns on social media. Typically, foreign brands have trouble navigating the nuances of China’s e-commerce shipping and logistics, but the company is investing more resources to these efforts as the market grows. Fabrizio Freda, Estée Lauder’s president and CEO, said during Friday’s call with investors that while China’s sales growth of 40 percent year over year was not sustainable, he expects the double-digit growth to continue.

The company, which owns brands like Clinique, Mac, Tom Ford and Too Faced, alongside its namesake brand, is riding a surge in Chinese e-commerce sales that’s boosting luxury fashion brands as well. Brands like Gucci, Louis Vuitton and Saint Laurent are navigating new e-commerce strategies as Chinese shoppers are making more purchases at home, and they differ in their approaches: While Saint Laurent is taking advantage of Farfetch’s partnership with e-commerce marketplace JD.com and selling there, Gucci and Louis Vuitton have decided to enter independently, with owned e-commerce sites, skirting the country’s counterfeit-ridden online marketplaces.

“The consumption of luxury goods at home in China is growing, so brands have to capture this market,” Yiling Pan, associate editor of Jing Daily, a publication and consulting firm covering the luxury industry in China. “Alibaba and JD.com have a huge customer base and are very well known, so when Chinese people think about shopping online, they think about those two, then think about other platforms. To get people to shop on a brand site off of those two sites, you have to educate and persuade them.”

Esteé Lauder’s strategy wants to reach more customers by selling through both. While some luxury fashion brands have avoided Alibaba and JD.com due to the counterfeit sellers on those platforms, Estée Lauder’s brands have embraced the Alibaba-owned Tmall, where they can build awareness before eventually recruiting customers to shop on the owned e-commerce sites. McEniry believes that having branded storefronts helps consumers differentiate real product from counterfeits.

“Tmall is where our brands shine. We control our sales in Tmall — the storefronts are branded, we do the creative, merchandising, marketing, traffic driving, etc,” McEniry said. “The dedicated e-commerce team in China handles all of that, and we have the control over those storefronts in a way that lets us present our brands in a prestige way.”