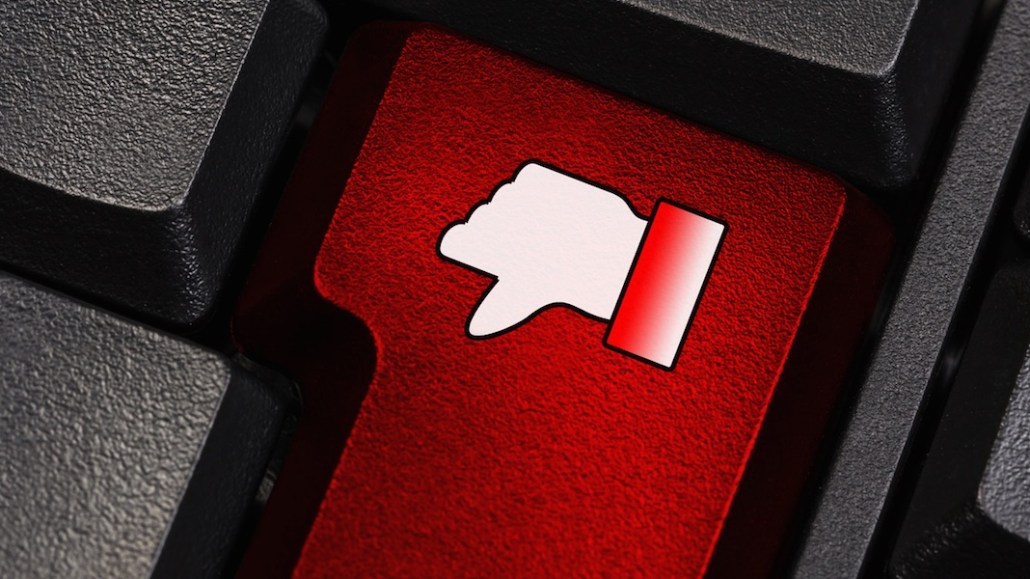 “People (yes even millennials) are much more likely to consider TV spots and magazines over brand social media pages when making purchase decisions.”—Gallup, 2014.

For the last 10 years, approximately 99 percent (more or less, probably more) of branded content on social media websites has whiffed like a 5-year-old using Edd Roush’s 48-ounce bat in a 90 mph batting cage.

There are two reasons for this: The content has sucked, and the platforms suck.

Billions upon BILLIONS of content dollars have been jettisoned into cyberspace finding no purchase. Yet brands keep repeating the same exact useless strategies and bland executions, AND they’re spending more digital money year-over-year. That’s insanity! Of course, if you’ve ever tried talking to a digital marketing “guru” for longer than two minutes…

But have all those adrenaline-increasing “likes” and “shares” translated into sales spikes, Mr. and Mrs. Brand? Even sales … blips?

Where are those independent studies? Oh, there are none? You know who knows better than anybody that Facebook advertising doesn’t work? Facebook! Of course they do! All that proprietary data they’ve got on 1.8 billion people, they know pretty much everything about brands, consumers, and interactions between the two. That’s an unprecedented level of lying, even in the skeevy ad industry. Or maybe you think this is all just conspiratory “truther” talk?

Back before the internet, when we presented ads to a client, we of course told them, “Based on our case studies, we believe these ads will increase your sales.” Did we know that? Of course not. But we didn’t know they wouldn’t, either. And our intentions were at least somewhat honest.

But you keep giving Zuckerberg money hand over fist because Facebook gives you instant feedback numbers; numbers you take to your boss, who then takes them to his/her boss and so on and everybody keeps their job, and everybody’s kids keep going to college, and so on.

But what about those numbers, those video views, those “engagement” numbers? Facebook has always been very purposely opaque and doesn’t share its methodology and algorithms with anyone, which makes it impossible for anyone to do any objective reporting — or regulating — of those numbers.

Then last September, right about the time it was announcing that its first three quarters profit was near $6 billion, up from $3.69 billion in 2015, it also reported a big whoopsie: It had been inflating video view numbers by 60-80 percent (94 percent in Australia).

Facebook waited a month before making this “finding” public. Scrambling to save those billion$, it is finally going to allow some third-party verification of its numbers. But Nielsen’s people are no match for Facebook’s data geniuses, so caveat emptor. And, please, keep repeating this to yourself (not to your boss): NO ONE has yet proven that those skewed view “numbers” increase sales one bit.

Though I don’t know shit about marketing, I do believe that the goal of marketing is — still, in 2017 — to increase product/service sales, yes?

In that case, not only has Facebook and other digital technology killed ad creativity, it’s also killed ad effectiveness.