The rise of the digital advertising truther 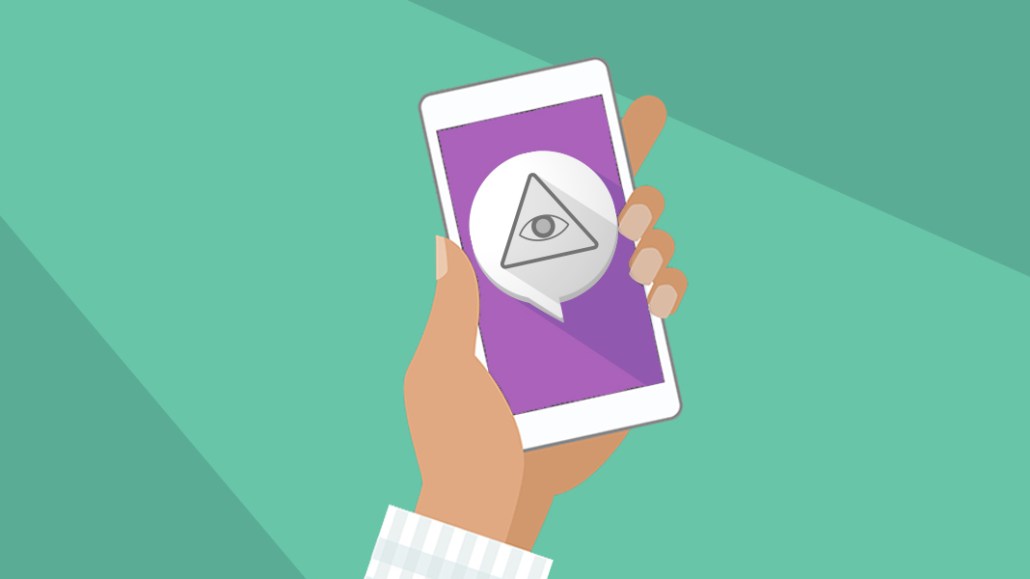 Bob Hoffman, agency veteran and author of the Ad Contrarian blog, has a decade-old schtick: He roams the media badlands and calls bullshit on digital media hucksters. Online advertising is “lies and nonsense.” Marketers are “screwed blind.”  Facebook and Google? “Creeps.” Facebook metrics: “horse shit numbers.” And that’s all in one post he put out this month.

“I don’t get nearly as much pushback as I used to,” he said. “The advertising and marketing industries have not been skeptical enough, but it’s changing.”

The bloom is off digital media. There’s more skepticism, more conspiracy theories, more contrarians and more truthers, decrying everything from the efficacy of programmatic advertising and ad targeting to the point of brands on social media. At some point, nearly everything about digital media has become suspect, from methods to metrics to the motivations of key players. There was always an extreme analog fringe — notably those tied to traditional media forms —  but because of a series of digital media missteps, there’s a far more receptive audience to the notion that all this internet stuff is a bunch of hooey.

This has empowered a new species prowling the media landscape. Once infrequently spotted, perhaps on Reddit threads or blogs, the digital advertising truther has emerged from the swamp and is howling to drain it. Big brands and agency executives are listening, possibly relieved that the complex digital media world might not need figuring out after all.

“There seems to be a degree of sobering up, after the big party rush into new media,” said Byron Sharp, the co-author of “How Brands Grow,” which introduced “scientific laws” about marketing and was one of the seminal books on how a number of long-held marketing beliefs were actually myths, like the importance of engagement over reach.

Evidence of the truther’s evolution abounds: Last fall, P&G announced that it would cut back on targeted Facebook advertising, because targeting wasn’t actually making a difference to its business. In January, CMO Marc Pritchard told the annual Interactive Advertising Bureau conference that online advertising had also created an “exponential increase in crap,” and called digital advertising a scam. An IAB survey also found that 70 percent of clients are “dissatisfied” with the state of digital marketing.

While some have taken Pritchard’s comments to heart, others are taking them, as one buyer put it, to a whole other “nutso” level. Just because Facebook video views were inflated doesn’t mean that all of digital media is a Potemkin village constructed by evil Silicon Valley masterminds to take over media.

Rise of the extreme truther
Some of them live on Reddit. The self-billed front page of the internet also happens to, in some ways, be its underbelly: In threads like “Everything that is stupid about digital marketing,” contrarians and truthers talk about infusing marketing with “critical thinking.”

But, increasingly, there are mainstream truthers, too: Writing in the Financial Times, author Ian Leslie complained advertising had become too entwined with technology, when just a couple of decades ago the two barely played in the same sandbox. And that has caused brands to lose sight of what actually works.

“Part of the reason I wrote that article was I did feel like there was a counter reformation going on in the industry,” said Leslie. And in a way, the industry was feeling empowered to stand up and say, “Actually, not everything in the industry has changed for good.”

Leslie calls what has happened in the space a massive “collusion” between companies out for profit in the ad tech space that have done anything necessary to grow the business, regardless of accountability.

The truther philosophy is something old-school contrarians like Australian professor Mark Ritson and Hoffman have been preaching for a while. But even they’re noticing the rise in interest.

“More people are questioning the received wisdom of the marketing experts,” said Hoffman. “After a while, facts catch up with fantasy.” Hoffman believes that there was back in the day a “danger” in speaking out against things taken as true like social media or programmatic. “If you got a reputation in an agency as a ‘traditionalist,’ you might as well know you were going to get fired soon.”

Is everyone a contrarian now?
Doc Searls, co-author of the Cluetrain Manifesto, said that if PageFair is to be believed, 615 million people are ad contrarians, since that’s how many people block ads online. Searls argues that advertising online has largely turned into direct marketing, and abuses by advertisers have also gotten worse and worse.

“I think ‘contrarians’ is the wrong label here,” said Searls, who is currently turning a series of posts on ad blocking into a book, provisionally titled “The Biggest Boycott: People vs. Advertising,” in which he examines whether advertising will become obsolete. “We’re talking about people, ordinary people, in the hundreds of millions, doing a rational thing in the open marketplace to protect their private spaces from intrusions they never asked for and don’t want or welcome.”

Ritson thinks programmatic advertising is “stupid.” He stops short of calling it sinister. But there is growing literature that takes the most extreme tack possible, in linking programmatic advertising’s ties to funding terror. Leslie said a growing number of contrarians means there are also more potential truthers who “say it’s just all a conspiracy.”

Deep into the rabbit hole
The recent U.S. election and Brexit vote have also fueled the fire. Mainstream media is paying more attention to publishers like Breitbart, the fake-news ecosystem, how ads appear where they do appear, and the overarching role the Google-Facebook duopoly in online advertising. More attention is paid to firms like Cambridge Analytica, the small data analytics company that includes billionaire and Trump donor Robert Mercer as its major stakeholder — which also creates personalized advertising on the back of its trove of data. (For those going down the rabbit hole, Mercer also funded Breitbart News.)

Noted contrarian Samuel Scott, recently wrote in The Drum that P&G’s Pritchard’s speech was one for the ages because he’s asking for a return to metric standardization and auditing, all standard stuff. But, argued Scott, online advertising won’t survive this kind of stringency, because programmatic ads have no human quality control and ad tech is failing — killing the internet and “democracy itself.”

“Advertisers are feeling like they’re arbitraged and the world of fake news and digital is being gamed is making it all feel like there’s more,” said Stein. “It’s interesting that we’re at a point now where we question what even is real.”

Stein said contrarian views may tend to go too far, but there is value, as Hoffman said, in knowing the business — something many advertisers just didn’t for too long. “The problem is you get in a tangled web and end up with tinfoil on your head,” he said.