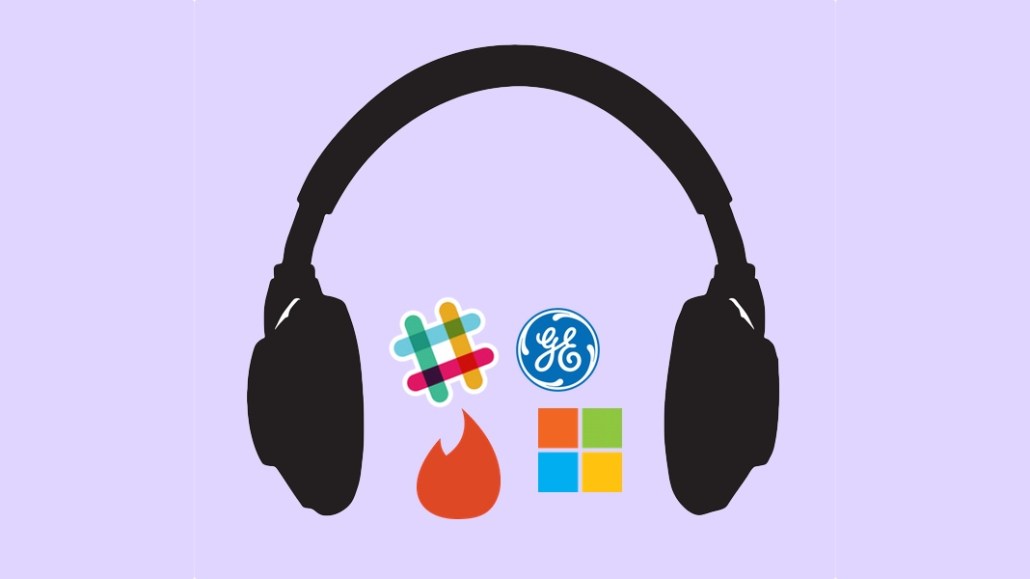 Voice devices are quickly becoming ubiquitous in U.S. households, but most retail marketers aren’t jumping on the bandwagon just yet.

Nearly 20 percent of U.S. adults now have access to a smart speaker, and that number is expected to grow rapidly in the coming years. But despite the hype surrounding their potential most retailers aren’t currently using voice devices for marketing or commerce, according to new Digiday research.

Of the retail marketing executives Digiday quizzed with at the Digiday Retail Forum last month, 79 percent said they’ve yet to use voice devices in any capacity.

For those who have the most common use cases are to deliver ads and to sell products, but each of those are only being done by 8 percent of retailers. In general marketers have placed a low priority on voice marketing with many viewing it primarily as a way to collect consumer data. 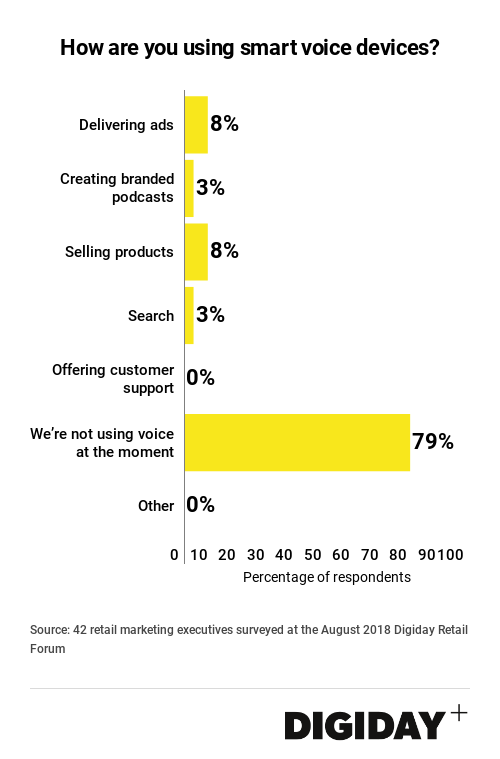 Amazon, a major player in the voice space thanks to its Alexa-powered devices, is tempering expectations for voice search. The e-commerce giant is still figuring out how to prioritize between paid and organic results in search requests.

Other areas like branded podcasts are unlikely to ever gain mainstream adoption by retail marketers because of their high costs, generally at least $500,000. Some retailers in the Digiday survey have experimented with them, but one of the main hurdles with branded podcasts or podcasts in general is that measurement standards are still in their infancy.

Other brands are gravitating instead to branded “skills” for voice-activated devices. Lego is testing out creating storytelling Skills on Amazon, for example.