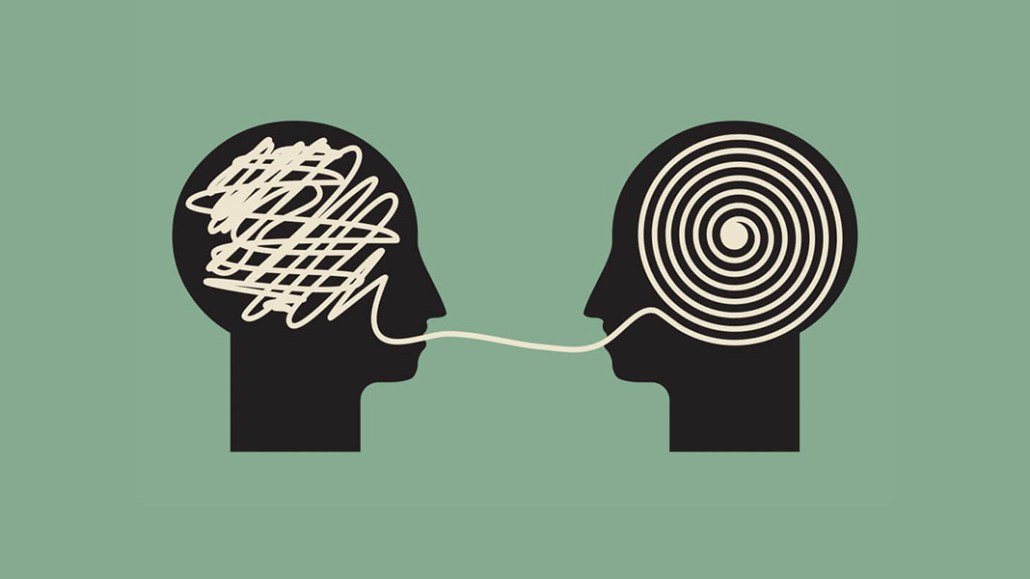 Media buyers and marketers often bemoan a lack of transparency in online advertising, but “transparency” can refer to many different challenges and means different things to different parties. As a result, media buyers say they’re instituting various measures in attempt to introduce greater transparency into their dealings with vendors, partners and their clients.

In a survey of 49 agency media buying executives surveyed at the Digiday Media Buying Summit this October, roughly two-thirds of media buyers said they have instituted more frequent reporting mechanisms, for example, in addition to whitelists of approved sites to advertise on. They’re also increasing the frequency of their campaign reporting in attempt to give clients greater clarity over how their money is being spent.

For Doug Rozen, chief media officer at 360i, increasing transparency depends on the client and campaign goals. What may help improve the situation for some could be less relevant for others. “There is no single translation for transparency that is universally adopted. Therefore I don’t think that there’s one more universally important solution, it varies by client”, he said. 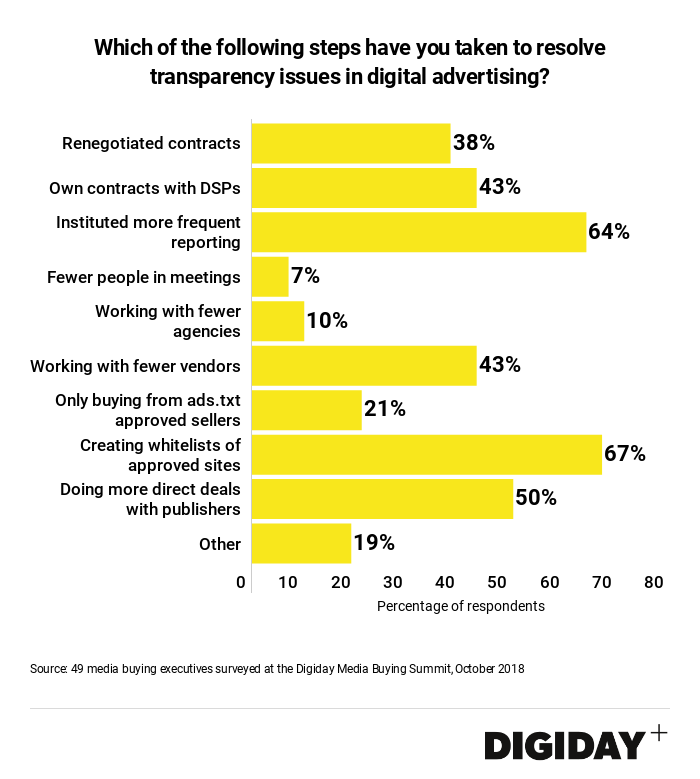 Regardless, Gosha Khuchua, managing partner at Fetch, a mobile agency, told Digiday that transparency issues are making clients and advertisers increasingly frustrated. He said, “I think more and more people within brands and agencies are starting to really get annoyed that this is a conversation they haven’t found the resolution yet.

Agencies say they’re attempting to be more transparent with their clients, however, even if they themselves aren’t confident that they have full visibility into their supply chain. Starting in 2019, Rozen said he is meeting with all of 360i’s clients to educate them on how the agency is paid, the media it’s targeting, and certain standard targets for things like brand safety. “While there is no such thing as 100 percent brand safe or brand transparent, my job is to make sure I’m 100 percent transparent to my clients,” he said.

One measure many media buyers are instituting to increase transparency is reducing the number of partners and vendors they work with. “Fewer is definitely better. When you have too many agencies or vendors, you have a lot of people attacking a lot of things versus a focused approach. Where I’ve seen the greatest transparency challenges is on the fringes, where a lot of activity is being spread out and you can’t control it.”

Different devices also pose their own unique challenges. Media buyers wishing to buy only ads.txt inventory can do so for desktop inventory, but ads.txt doesn’t apply to mobile apps, where a growing amount of digital ad spend and fraud occurs.

That’s where media buyers are relying on whitelists and blacklists despite the latter’s mixed effectiveness. Khuchua said, “there’s definitely a whitelist and blacklist practice in the mobile space. You can’t just do a run of apps anymore, that is going to backfire.” He added that apps often change owners who can then inject them with bot traffic and fraud making it all the more important to constantly update whitelists of approved sites and apps but that in of itself is very laborious process.

Despite the challenges to achieving transparency, both think that agencies and clients are being more proactive about the issue. “I believe more and more brands are willing to make the right decision today than three years ago,” said Rozen. Hopefully the combined pressure from agencies and clients, in addition to a FBI investigation will help clean up an opaque ecosystem.”