Confessions of a woman in streetwear: ‘If this is the future of men’s fashion, this can’t be what the workplace is like’ 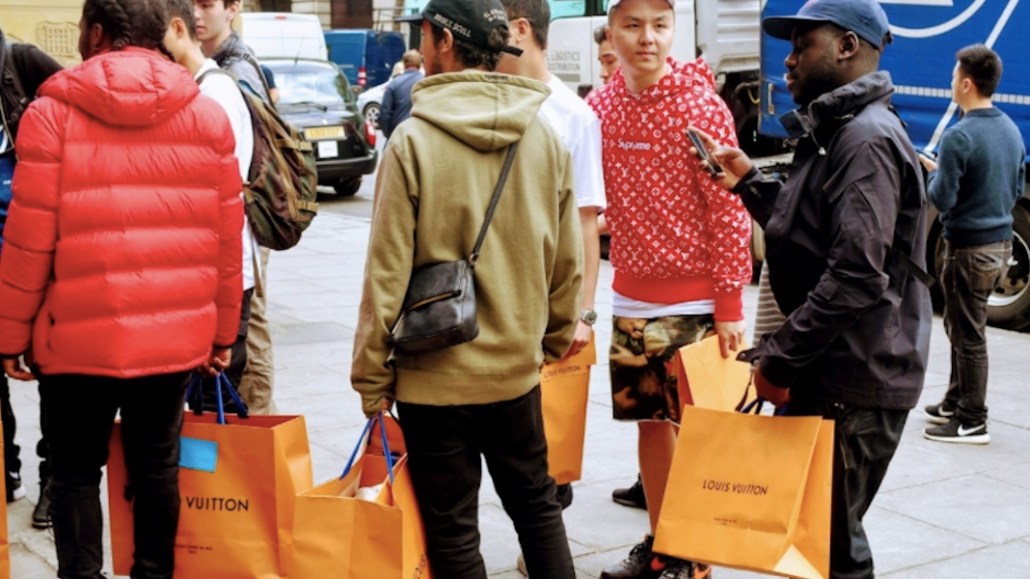 As streetwear moves into mainstream fashion, the industry’s boys’ club is coming into the light.

Women who have worked for streetwear labels large and small have reported a toxicity from the men who dominate the space. For our latest Confessions, in which we grant anonymity for honesty, a woman who’s worked at several streetwear brands shares her experience dealing “locker room talk” in a workplace environment where your tolerance of dick jokes ensures success more than your actual work.

You worked in fashion and apparel before you signed on to work at a streetwear brand. When did you realize something was off?
Right away, you know you’re in a different culture. It’s a male-run atmosphere, and when it comes to what the women in the industry are doing and the women’s categories, it’s talked about so dismissively, like, “Ugh, women again.” Within the first month, I started to hear the locker-room talk, and while it wasn’t shocking, it was still very jarring the first time I heard a dick joke in the workplace. Then I noticed that my boss was far more buddy-buddy with the guys and spoke to women in a completely different tone. In meetings, where I was the only woman, or one of two women, it felt like we were observing a bunch of dudes hanging out, and eventually, they would pull it together, like, “Oh yeah, they’re here.” I think it wasn’t until a full three months in, though, that I realized how pervasive this boys’ club was and how much I was not a part of it.

How did you handle that attitude on a daily basis?
Every day, it was this battle: I could keep quiet and let the abrasiveness go, or I could speak up and be labeled a bitch. Ultimately, this is your income and your ability to keep a roof over your head, and these aggressions are coming not just from your coworkers, but from your boss. So you want to keep this idea up that you’re a cool chick, which basically means you have to participate in conversations that are like, “Oh yeah, fuck women!”

And how did that affect your actual work?
The thing about being in streetwear, and streetwear culture, is that being cool and being someone who can hang is made out to be more important than the actual work you can do. I struggled with that a lot. I do a good job and I excel at what I do, but it didn’t matter. I needed to be this laid-back, cool, have-no-real-opinions kind of girl, and that’s not me.

I felt ostracized, uncomfortable and overall unhappy. I kept asking myself what was I doing there. How much do you speak up, and when do you say nothing? Over time, so many little things end up getting let go that it feels impossible to do anything about the situation at all.

Does anything stand out in your mind as a last-straw moment?
I went to a big streetwear show where different vendors set up booths. I was walking the floors with a coworker, one of the rare nice guys there, and we approached a booth where the brand had plastered a huge, eight-by-ten-foot poster of a woman wearing no pants, with a bottle stuck up her vagina.

It was a surreal, out-of-body moment, where everything started to move super fast and slow at the same time. I’ve had my “me, too” experiences, and it was honestly triggering. I was looking around at this trade show full of guys who were laughing and joking around, and I started to feel unsafe. It was fucked up. And it was just some vendor selling hats. My coworker was uncomfortable, as well, but if my coworker was a female, we could have talked about it. With a man, it felt that much more isolating.

Yikes. So that was it?
Yes. Not only was it was a toxic environment, but the men were growing in leadership roles, while the women were doing the grunt work for the men. We’d watch managers be entirely ineffective and then take all the credit. But how do you stand up for yourself, when you’re easily labeled a bitch in that atmosphere? Either you say, “Yes, I am a bitch and I’m going to protect my turf,” or you get rolled over. I knew I wasn’t going to grow there, so I had to get out. It was disappointing, because I was really excited about that job. That was the first time I’ve ever not been valued for who I am and the kind of work I can do because I am a woman. That was really tough.

As you’re watching streetwear become more intertwined with mainstream men’s fashion, do you think the industry will be forced to face these issues?
I work for a menswear company now, and there’s none of that behavior. It’s just streetwear. As it grows and you see more men getting into the fashion, you just have to wonder: Will the brands bring this mentality and attitude to the mainstream? You have to hope it will be squashed out.

Overall, we’re at a moment in our culture we’ve never seen before; it feels like a reckoning, and I hope that these stories we’re hearing in every industry will inspire more women to speak up. When you’re living paycheck-to-paycheck, though, it can feel incredibly daunting. Hopefully the men in fashion are thinking about how to address it, too. Streetwear has to come to terms with the idea of itself as a legitimate, professional industry, not some underground hang where women are only around to fuck. It’s crass, but the industry needs to do better. If this is the future of men’s fashion, this can’t be what the workplace is like for women. Regardless of who the fashion itself is for, there needs to be a level of respect and professionalism for everyone in the industry that right now does not exist.